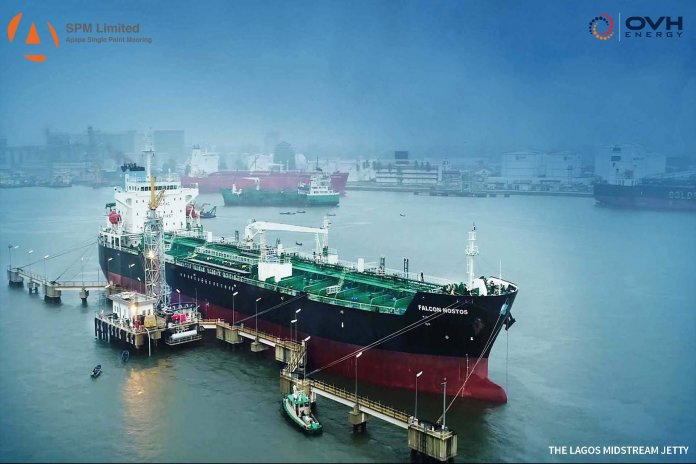 ASPM Limited, a subsidiary of OVH Energy marked the receipt of its 100th vessel berth at the Lagos Midstream Jetty (LMJ) barely two years after it became fully operational, netting an average of 4 vessels every month. The Lagos Midstream Jetty, West Africa’s first privately owned midstream jetty, was rated the highest receiving jetty by CITAC during the month of June.

Since the official commissioning of the Jetty in October 2017, this engineering masterpiece has supported the economy by supplying over 3.8 billion litres of fuels, providing quick and safe discharge services, aiding Government’s zero-fuel-scarcity drive, reducing significantly the demurrage costs associated with vessels waiting to berth, and enabling employment and skills transfer opportunities to Nigerians.

In his remarks, the Group Head, ASPM, Engineering and Terminals, Deji Osikoya stated that “with these achievements, we are progressively delivering on our value proposition to radically transform the Nigerian downstream business by improving operational efficiencies in the downstream petroleum sector. In its less than 2 years of operations, the Lagos Midstream Jetty has recorded zero downtime, zero lost time injury, zero spills and zero total recordable case frequency (TRCF), demonstrating our commitment to the highest safety standards. We are indeed very excited about this and we look forward to our next milestone”.

“We will like to use this opportunity to thank our customers and business partners who have made this feat possible. Achieving these milestones is an indication of the trust and confidence they have in us to support their business aspirations and we are indeed happy to be part of this with them”, he further added.

Mr. Osikoya also remarked that the Jetty has the capacity to receive up to 60,000MT (cargo size) vessel because of the facility’s draft of 13.5 which makes it the deepest privately owned midstream jetty on Lagos waters.