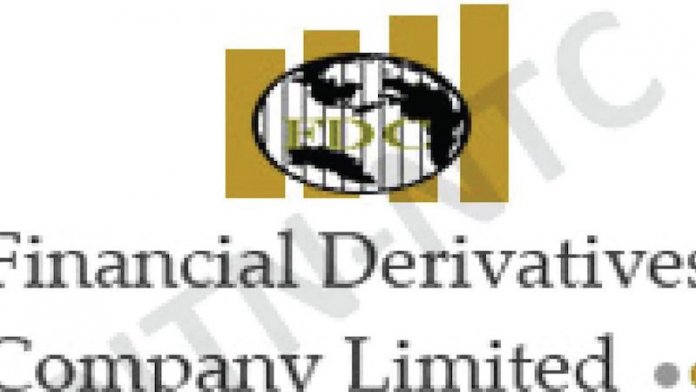 Obinna Chima
The structural impediments in the Nigerian economy continues to hinder free-market principles, stifling the incentive to invest and constraining economic growth, analysts at the Financial Derivatives Company Limited (FDC) have stated.

These, according to a report, the latest economic bulletin of the Lagos-based research and financial advisory company, are some of the factors promoting poverty in the country.
President Muhammadu Buhari, had in his inaugural address for a second term in office, essentially set a 10-year target to move at least 100 million Nigerians out of poverty.

“Can that many people be pulled out of poverty in that short a time? The answer is an emphatic ‘YES.’ President Buhari likened the task at hand to feats achieved by China, India and Indonesia who succeeded in lifting millions of people out of poverty.
“Can Nigeria replicate the Chinese model? One of the great stories in human history is China lifting over 800 million people out of poverty since the start of its economic reforms in the late 1970s.

“Its success resulted from doing the right thing at an opportune time. China simply implemented the right policies at the right time in the right place, and embraced the global market.
“The evolution of its economic system allowed it to take advantage of the rise of globalisation in ways that may not be possible today.

“China presented the world with a matchless and almost certainly unrepeatable blend of low, developing-country wages and modern, rich-country infrastructure.
“This combination of low-wage workers with a basic education (adult male literacy was over 75% in 1980) attracted foreign investment in manufacturing and created millions of jobs.

“There was a significant shift in manufacturing exports from agriculture and soft goods to higher-value products like electronics,” the report recounted.
It stressed that China’s brand of state-capitalism worked remarkably to the country’s advantage.

It noted that a staggering 93,823,485 Nigerians (47.7% of the total population) live in extreme poverty giving it a Gini coefficient (a measure of wealth distribution) of 43, compared with 41.5 for the United States and 29.2 for Sweden.
Furthermore, the report pointed out that Nigeria, like China, leans towards a capitalist economic model, which also employs significant state intervention.

“Nigeria has taken many of the same steps as China, but half-heartedly and incompletely. The structural impediments in the Nigerian economy continue to hinder free-market principles, stifling the incentive to invest and constraining economic growth.
“Market-determined rates for currency, gasoline and electricity tariffs – which are the most important factors in the economy today – will be the first step towards a truly free-market capitalist economy.

“However, thepolitical backlash that is likely to follow maybe considered too hefty a price to pay. China’s communist political system was able to avoid a backlash.
“Nigeria still struggles with a natural resource dependence that has entrenched a ‘sharing’ rather than a production economy,” it added.

It stressed the need for urgent reforms in Nigeria as well as the need to significantly scale up spending on infrastructure.
“The Chinese purportedly spent about 15 per cent of their gross domestic product (GDP) annually on infrastructure between 1980 and 2005.

“An attempt to replicate this spending pattern would mean spending N19trillion ($63bn) annually on infrastructure. This is more than twice Nigeria’s 2019 budget.
“Nigeria’s current revenue and debt profile means it simply cannot replicate China’s massive spending on infrastructure. Increased borrowing targeted at infrastructure spending will push the debt-to-revenue ratio over 60 per cent, beyond its already stretched levels and off a fiscal cliff.

“At six per cent of GDP, Nigeria has one of the lowest revenue-to-GDP ratios in the world. The Sub-Saharan African (SSA) average is 15 per cent.
“Nigeria’s inability to raise government revenue to levels at par with its SSA peers is crucial here. Diversification of revenue is critical and Nigeria is only just thinking of ways to move away from its dependence on oil,” it stated.

It noted that Nigeria’s path out of poverty was one that must be paved with sustainable job creation.
It recalled that Nigeria, not too long ago, had an average GDP growth rate of six to seven per cent for over a decade. This was during a period of higher oil prices and a stronger currency.
“Lower oil prices mean a weaker revenue profile and an inability to build the type of world-class infrastructure that gave the Chinese a major advantage.

“The elimination of the subsidies on the factor prices is perhaps the most crucial reform needed to hoist Nigeria on a path of accelerated and sustainable growth.
“Pulling 100 million people out of poverty is as ambitious as it is unlikely given Nigeria’s current growth trajectory. Nigeria, or any other country for that matter, may not be able to do what the Chinese did, at the scale they did it, but if you aim for the stars and miss, you just might hit the sun,” it added.