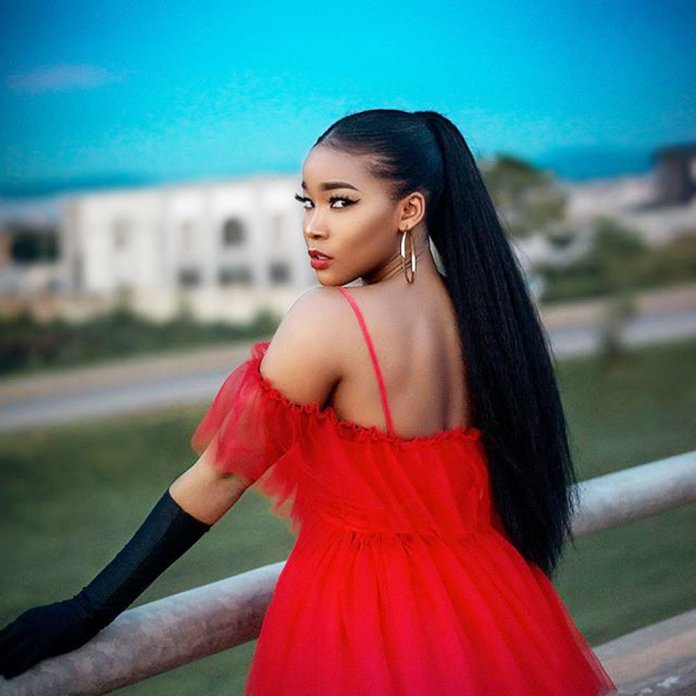 Everything Happens to Me, the new cinematic project of Nollywood filmmaker, Tchidi Chikere, is quite ambitious as it attempts a new path in the narrative of Nollywood, writes Ferdinand Ekechukwu

What happens when 18-year old Imelda finds out she is pregnant for Ikoku her first love and the consequences she fears knowing the anger of her strict, religious father (a widower), who happens to be a Knight? Well, cinema viewers would get to find out seeing the new movie ‘Everything Happens To Me’, which started showing at the cinemas just about a week ago.

The one hour, eleven minutes feature is deep in its storyline with cameo scenes showing Los Angeles, Las Vegas and the Lagos city. Starring newbie Sandra Okunzuwa (Platter of Gold, Sands of Time, High Stakes, Paternity Deal and a few others), the fast rising actress brings freshness as well as great character interpretation to her role in a manner that deservedly enthralls the audience.

For instance, her act and line when she had to face an imaginary being that haunts her. “Who is in my father’s house you have no right to be here . . . It’s either I die here or I fight back,” Okunzuwa charges all alone in the house as she hears strange voice of her dying baby. Written and directed by prolific filmmaker Tchidi Chikere, Everything Happens To Me appears the first of its kind in Nollywood, being a one cast movie.

The cinematic project is quite ambitious and one that attempts a new narrative compared to what is obtainable in Nollywood at the moment. In retrospect of Nollywood productions, there has been a four man cast, a two man cast and an all cast no dialogue features. But in defense of his craft however, every artiste that is worth his salt comes to a point in his life when he doesn’t want to play to the gallery.

Rather he wants to play a tune and watch the gallery respond and come to his kind of story. “I have done a four man cast, I have done two man cast but the one cast thing is one of its kind nobody has done it before in Nollywood. I like to situate myself in that interface between what is regular and what hasn’t been done before. What I have done is a fearless incursion into an unknown terrain. And the fearlessness arises from the fact that I know my audiences are more informed than they appear to be.”

With this in mind, he expects his audience to be wowed by the movie. He notes further, stating the significance and essence of the movie. “I want when they get home they are thinking about it. And also the movie is prolife. I’m sure you are hearing about the anti-abortion debate going around the US. We didn’t plan it to coincide but it has coincided.

“So we premiere in Washington DC July 6, and then premiere at the Polish film festival in September. It is the fact that every child has a right to life. Except if the life of the mother is endangered. I’m a catholic. I was supposed to be a priest. I went to the seminary and so somewhere somehow in my subconscious, I’m still being influenced by Catholicism and I don’t make any apologies about it.

“I still have a whole lot that I haven’t given. I’m at the edge of experimenting with new genres, I’m at the age where I can take a risk and say ‘okay everybody is doing this I want to do it differently’. I want to take something outside of the box which is why I did Everything Happens To Me”.

Many years after exploring Nigeria’s film industry, the veteran Nollywood movie practitioner had his first cinema movie in 2017 with ‘Light Will Come’.