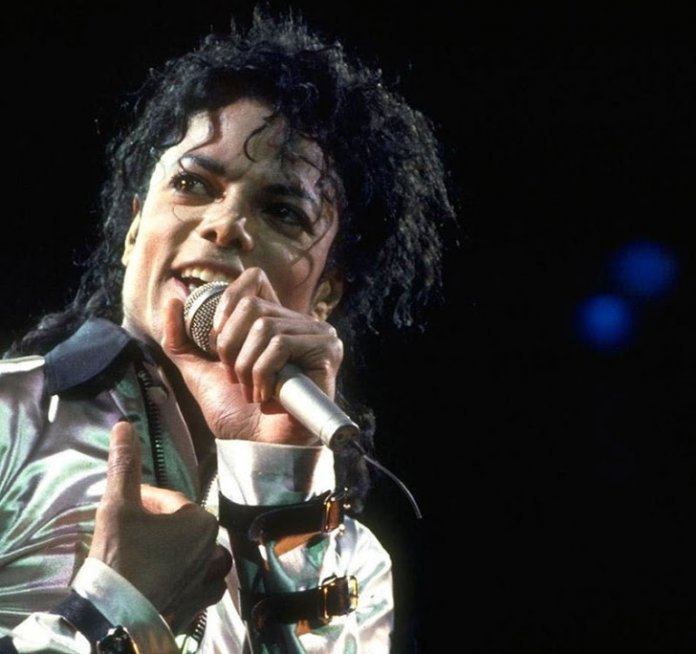 How do you justify your love for an artiste? By his lifestyle or talents? This question seemed to be swirling in the minds of friends and fans of the late pop icon Michael Jackson since the scathing documentary ‘Leaving Neverland’. The two part series documentary filmmaker Dan Reed did for HBO was released in January and generally renewed curiosity and interest in the life of the late pop icon. Based on the testimony of Wade Robson and James Safechuck, who accused Jackson of grooming and abusing them when they were his child companions, close friends of Jackson had found themselves questioning their belief in one of the greatest entertainer of all time in the world history. Media mogul Oprah Winfrey attempted to understand the Michael Jackson she knew and the one revealed in the documentary when she sat down with the victims and the director for an exclusive ‘After Neverland’ special taped before a live audience of sexual abuse survivors. That interview fetched Oprah heavy criticism, as fans felt she should have done the same to victims of Harvey Weinstein, the disgraced Hollywood mogul, who is supposedly her friend. However, Oprah defended herself in an interview on The Daily Show, telling the host, Trevor Noah, that she needed people to understand that it’s not about one person, it’s about the pattern. “It’s about the seduction. People called it molestation but there is a big seducing that goes on and the pattern of that seducing. And that was important enough to me to take the hateration.”

An interesting angle to the ‘Leaving Neverland’ documentary that made votaries of the pop legend skeptical about the veracity of the testimony is the account of Robson, a young guy who defended Jackson during his child molestation trial in 2005. The director Reed later revealed that this piece of the puzzle was what propelled him to go ahead with the documentary. Though, Wade’s change of heart was attributed to the psychology of child sex abuse, it didn’t deter die hard fans of Jackson from lambasting him.

It is not the first time that Jackson’s lifestyle had hugged headlines. As a global icon whose music mostly addressed humanity and children, Jackson was an enigmatic figure to the world. His artistry was and is still compared to none. An outstanding singer-songwriter, and dancer, Jackson in his lifetime was a hero to many, particularly young ones who wanted to have the magic of Michael Jackson.

Various glimpses at Jackson’s childhood revealed a man who was robbed of his childhood, suffered abuse from his father and literally left on his own to understand the world he was thrust into. Yet, in his reclusive state, Jackson grew to become a reckoning force in the music industry with his artistry, breaking norms, imagining the unthinkable, his ingenuity was remarkably outstanding. He was a voice for the lost children of the world, an ambassador for humanity. He was revered and envied. But like any man, he wasn’t without flaws. The press questioned his eccentricities, particularly his choice to live in a private amusement park called Neverland Ranch; and investigated his adore for children and skin colour. Just when Jackson who started his music career as the youngest member of the famous Jackson 5 was at the peak of his career, the tabloids descended on him. They started with his skin colour which Jackson clarified in his biography that he suffered from a skin disease known as vitiligo which causes white patches on the skin. The biographer J.Randy Taraborrelli corroborated the facts. Jackson further revealed that he had undergone two rhinoplasties, including creating a dimple. In 1996, there was widespread speculation by tabloids that Jackson slept in a hyperbaric oxygen chamber to slow aging, and pictured him lying in a glass box. The story was later debunked and was alleged to have been spread by the singer to gain publicity. Similar stunts followed but it was in August 1993 that the media dealt a heavy blow on Jackson’s growing fame. A 13-year-old boy named Jordan Chandler and his father Evan accused the singer of sexual abuse. The boy claimed that Jackson had engaged him in sexual activities. The case drew media attention. Though police findings revealed that Jackson had in possession nude photographs and books of young boys, he was however exonerated from the crime for lack of evidence. The case had an adverse toll on Jackson as he fell into depression and relied on painkillers to cope with the stress.

From there on, his life came under heavy scrutiny. His marriage to Elvis Presley’s daughter, Lisa Marie, in 1994 was seen as an attempt to redeem his image while staff at his ranch supported the theory by claiming no woman ever slept in the ranch where Jackson lived. His second marriage to a dermatology nurse Debbie Rowe further deepened the mystery about the multi award-winning singer. Rowe is the mother of Jackson’s first two children, Prince and Paris. Her marriage to the pop icon only lasted for almost three years.

The second view into Jackson’s sexual life was revealed in a documentary filmed by Martin Bashir and his crew in 2002. The focus of the documentary was to capture the everyday life of the pop legend. But things went awry when Jackson’s confession of sleeping with younger boys was taken out of context. In the film, he was seen holding hands and talking sleeping arrangements with a younger boy, and later stating that he saw nothing wrong with sleeping with boys. The scene renewed interest in the pedophile case about him in the 1990s and the safety of children around the singer resurfaced. The boy Gavin Arvizo in the documentary and his mother would later disclose that Jackson had behaved improperly, leading to an arrest in 2003.

The People v. Jackson trial began on January 31, 2005, in Santa Maria, California, and lasted until the end of May. Jackson was acquitted on all counts, based on the testimony of his younger friends including Robson.

The third round of sexual abuse against the singer was in 2013 after his death on June 25, 2009. Two of his former sleepover guests accused him of molesting them and brought a civil suit for compensation against the estate. The claim failed because too much time had passed since the alleged events.

Interestingly, the timeline of Jackson’s accusation suggest a 10 year-gap. The first was in 1993, 10 years later came the Arvizo’s accusation. Another 10 years and another allegation surfaced in 2013. Now 10 years to mark his death, came ‘Leaving Neverland’. Is this mere coincidence or is there a cosmic conspiracy playing out?

However none of the sexual allegations against Jackson had had such staggering effect like ‘Leaving Neverland’. The cultural legacy of the pop icon was plumbed and calls to boycott his music rose. Sony Music Entertainment which In 2018, extended a 2009 $250 million deal with the Jackson estate to distribute his recordings for seven more years was expected to be hit the most if radioplay and streams plummeted. Interestingly, the reverse was the case. Die hard fans still clung to their idol. Despite most radio stations pulling down Jackson’s songs and listenership dwindling, Jackson still topped Prince and Madonna, who, respectively, attracted 64.5 million and 56 million average weekly listeners.

In the days leading to the 10th anniversary of his death, more sordid stories about the cultural icon spread like wildfire. There is the story about him spraying his ex-wife Lisa Marie Presley underwears with perfume to pretend they spent the night together. Another story suggested that his body was cremated and the ashes encased in the necklaces worn by his children.

Also trending is the throbbing question of who exactly was the pop icon. A close pal of the King of Pop, Mark Lester recently in a documentary expressed regret that he wasn’t there for his friend during his last hours. Jackson died of cardiac arrest induced by an overdose of painkillers.

“He was not his normal self. We had a long conversation. He kept repeating himself, you knew something was not right. I was really worried about him, to the point where I thought I should just go over there, and see what’s going on. I wish I had that done now,” he said.

More soul searching is it for Margo Jefferson, the Pulitzer-winning writer who revisited her book on Michael Jackson recently in an opinion piece in The Guardian UK. She argued that Jackson in trying to escape the psychological abuse of his father Joe became a predator and seducer, “pretending to be the pure-hearted protector of innocent children everywhere,” she writes.

She added: “When I wrote my book I was grieving for Michael Jackson the artist. The uncanny little boy; the charismatic, slightly mournful young man, the shape-shifting child-man-woman-cyborg-extraterrestrial. The cultural polyglot who studied – mastered, gloried in – so many styles and traditions; one to whom no form of popular music and dance was alien. I was grieving and I was confounded. Jackson’s acts and actions were like hieroglyphics we kept trying to decipher. We – for I was a fan, too – wanted him to explain himself in a way that could restore our trust. Child stars make us believe we understand them, that there’s mutual trust between us. We were baffled by our collective memory of Jackson the loving, lovable child who was now shutting himself off from us.

I was relieved, I was grateful when he died. He can get it all back with his art now, I thought. We can glory in that.”

Jefferson like others in trying to grasp the recent allegations against Jackson believed that she has lived in denial. But more importantly is her question about how we justify our love for an artiste? She asks:

“It might mean that, but it might also mean that we fight for the parts of it that matter to us. We gather our resources in all their plenitude and variety: intellectual, emotional, moral; aesthetic, political. And we use them to analyse and demystify the work, to probe its clashes and contradictions, feel their power without being at their mercy. No evasions, no simplifications. The task is to read the art and the life fully as they wind and unwind around each other, changing shape and direction,” she concludes.