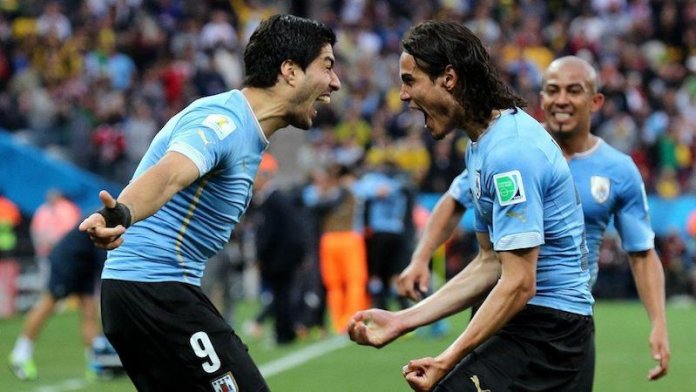 Nicolas Lodeiro opened the scoring early on before Uruguay made the most of their player advantage, as an Arturo Mina own goal completed the rout.

Ecaudor’s Jose Quintero was sent off for an elbow on 24 minutes after the referee consulted VAR.

Uruguay – who have won the Copa America a record 15 times – started strongly in Belo Horizonte, with Seattle Sounders midfielder Lodeiro scoring in just the sixth minute,

Quintero then received a red card for a flailing arm. The 28-year-old had initially been shown a yellow, but it was converted to red after referee Anderson Daronco consulted VAR.

Ecuador Head Coach Hernan Dario Gomez said his side were “not as bad as that” with the game “getting away from us” after the sending off.

Paraguay scored through an Oscar Cardozo penalty and a Derlis Gonzalez strike but Asian champions Qatar – who received an invite to the 12-team South American tournament along with Japan – hit back through Almoez Ali and a calamitous Rodrigo Rojas own goal.

Colombia beat Argentina 2-0 on Saturday in Group B’s other game.

Monday was a Copa America rest day before Bolivia face Peru in Group A today at 22:30 BST and Chile take on Japan in Group C early hours of Wednesday.