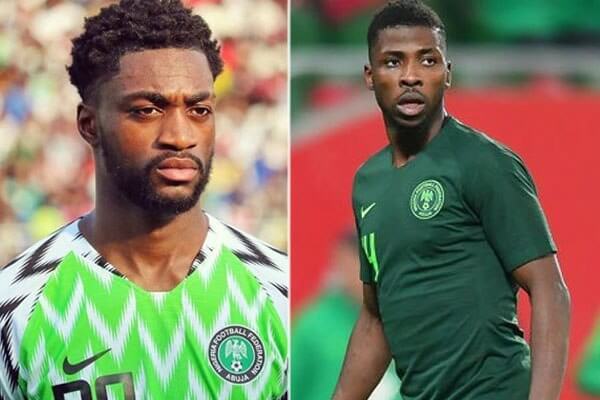 Leicester City forward Kelechi Iheanacho and Rotherham United midfielder, Semi Ajayi were left out of Nigeria’s 23-man squad as Super Eagles flew out of Abuja for the 2019 Africa Cup of Nations in Egypt yesterday.

Iheanacho, 22, had earned a spot in the initial 25-man provisional squad last month, despite his poor run for both club and country in recent time.

The former Manchester City forward has been searching for his first international goal since scoring against Argentina in 2017 friendly and was the subject of strong criticism from Rohr earlier this year.

Apart from this duo, Coach Gernot Rohr is going to Egypt with his usual suspects, majority of whom featured for Nigeria at the last 2018 World Cup in Russia where Eagles failed to make it beyond the group stage.

Returnee Captain of the team, John Mikel Obi, his assistant, Ahmed Musa, and the likes of William Troost-Ekong, Kenneth Omeruo, Wilfred Ndidi, Alex Iwobi, Oghenekaro Etebo and Leon Balogun were all listed in the final squad for the AFCON battle in Egypt.

In-form Villarreal winger Samuel Chukwueze and fellow Under-17 World Cup winner Victor Osimhen are both included and will get a chance to make their first tournament appearances at senior level.

The three-time African champions who landed in Ismailia yesterday evening are staying at the Hotel Mercure in the Egyptian city where they will play Senegal’s Lions of Teranga (Africa’s number one-ranked team) in their final pre-AFCON friendly on June 16.

Eagles will spend one week there before heading to Alexandria – venue of their Group B matches during the championship.

Last Saturday in Asaba, Eagles played out a goalless draw with Zimbabwe before flying out to Abuja to board the chartered flight to Egypt,

The three-time champions will play in Group B alongside Guinea, Madagascar and Burundi.

Nigeria’s opening match will be against Burundi on 22 June at the Alexandria Stadium, Alexandria.