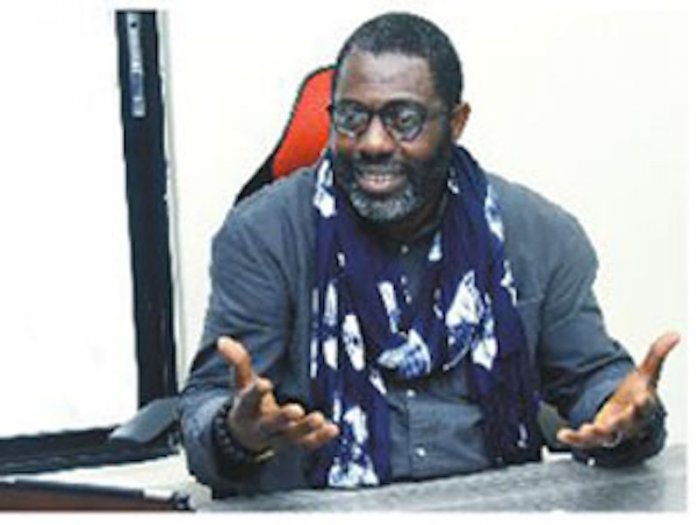 By the end of the public presentation of the book, Do Not Die in Their War written by Dele Farotimi, at Freedom Park Lagos, it seemed that the audience was left a few metres from civil action to affirm their humanity. The author, a lawyer and conscious citizen of Nigeria, had for some years nursed the ambition of documenting the downward journey of Nigeria along the lines of true democracy, good governance and egalitarianism. But some years ago, an unexpected happened. One afternoon, after consuming his meal of pounded yam, he fainted. After his recovery, he was thankful that he did not die with the dream of writing a book that purges his mind as well as those of other Nigerians on how Nigeria can be healed of this cancerous system that is self-destructive.

The master compere for the literary gathering, Jahman Anikulapo was joined by the filmmaker and convener of the IREP Documentary Film Festival, Femi Odugbemi who reminded the audience of the significance of holding the book presentation at the Freedom Park, Lagos, a former colonial prison. The opening prayer was led by Pastor Charles Abraham who gave an insightful review of the book as well as the temperament of the author.

“This is a book that can trigger transformation,” he said. “It is peppered with lots of anecdotes and history of Nigeria. It is not a novel rather it is a serious book for someone who wants to exercise the intellect. It is a book for progressives and it is extremely intense. Dele is a pen warrior.”

Farotimi, in company of his wife and son, also read some excerpts from the book, pausing intermittently to express his state of mind while writing the piece.
“I have not written book; I have poured out my soul and my frustrations. Every experience with the Nigerian state brings pain,’’ he began, citing the myth of gnomes believed as spirit creatures who constantly cry. “Like Egbere (gnomes), Nigerians are constantly grumbling, grieving and lamenting over issues.”
In his view, Nigeria has only reached a stalemate in resolving its crises because there is a systemic error that continues to sabotage all efforts at making Nigeria a great place to be born and to live.

“Our parents didn’t need to be rich before we could have good education. We are the worst that the Nigerian state has thrown up- existential in outlook, bankrupt in morals,’’ he said. Mrs. Farotimi, in her submission, expressed her initial concern for the content of the book before the final outcome.
“When I started reading the book, I was afraid. I left the book for about a week. Later, I wrote my observations and gave it to him. Imagine if he had bottled all these feelings inside,” she said, allowing the audience to murmur that various responses.

Described as a treatise on Nigeria’s contemporary political trajectories, the preface to the book published by Dele Farotimi is written by Taiwo Akinlami with four loaded chapters. The book has interesting titles in sub-chapters such as “The Constitution As a Burden’’, “Collapse of Public Institution’’, “The Normalisation of Madness’’, “Awkward fight Against Corruption,’’ “The Weaponisation of Poverty and Ignorance’’, “Buhari Is Not to Blame? Really”, “Corruption of the News’’ amongst others.