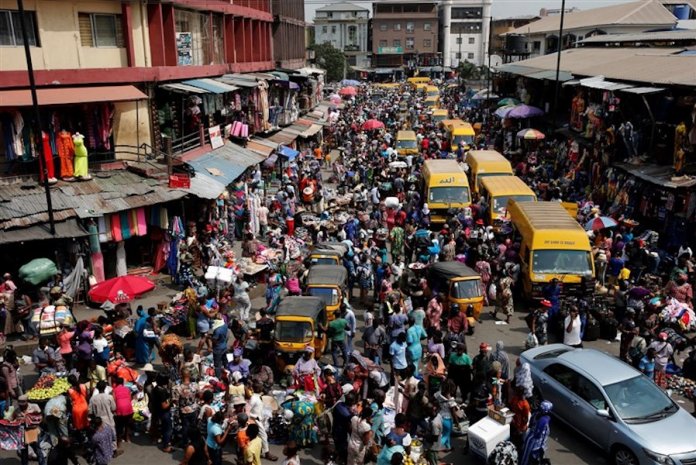 A prophecy found in God’s inspired Word, The Bible, at 2 Timothy Chapter 3, Verse 1, shows that this world is now in its “last days,” characterized by critical times.

Corroborating this prophecy, a report tagged ‘Spotlight’ in The Guardian of June 6, 2019 reveals that the figure of extremely poor people in Nigeria has risen to 93.7 million, in 2019.

According to the report, 93,720,530 people in Nigeria now live in extreme poverty. It was first revealed in June 2018 that Nigeria had overtaken India as the nation with the highest number of people living in extreme poverty, with an estimated 86.9 million Nigerians measured to be living on less than $1.90 (N684) a day.

However, according to new data from the World Poverty Clock, that figure has increased to 93.7 million in June 2019. This implies that more than half of Nigeria’s population lives on less than a dollar a day.

This trend is expected to continue, as the World Data Lab noted that the outlook for poverty alleviation in Nigeria is weak, and that an estimated 120 million Nigerians are expected to slip into extreme poverty by 2030.

As long as the present system of human rule lasts, there would be poverty. Poverty cannot be permanently eradicated by any form of human government or any economic or social system. And the record of history bears this out.

Throughout the thousands of years of human history, every type of government and every type of economic and social system has been tried, yet poverty is still with us. Indeed, in spite of progress in such areas as science, industry, and medicine, the hard fact is that worldwide the numbers of people trapped by poverty keep increasing.

Many palliative measures have been recommended to reduce the suffering of the poor. For example, in an interesting column by the founder of Afe Babalola Univeristy, Aare Afe Babalola, published recently in the Vanguard newspapers, he highlighted the importance of giving in alleviating the suffering of the poor. In a follow-up article entitled: ‘Rising state of poverty – Abandonment of agriculture,’ he cited the neglect of agriculture, once the mainstay of the Nigerian economy, as one of the reasons for our extreme poverty.

Among other things, he stated that, “although many factors can and have been adduced as partly responsible for the state of poverty in Nigeria, what makes poverty so endemic in Nigeria is partly the poor disposition of Nigerians to giving. He said government alone cannot reasonably be expected, particularly in the light of the world’s current economic realities, to improve the quality of life of everyone to the level which most people expect. Wealthy individuals can aid government in the provision of amenities of life to the less privileged. The rich in our society should imbibe the culture of giving. Philanthropy is rooted in love and compassion; it is of immense benefit not only to the person who practices it but also to the beneficiary and the society at large.

In this scenario, it is arguable that a philanthropist rather than donate some specific items to one individual should direct the resources meant for those items to the provision of a means of self- employment for the proposed recipient of the items.

If this is done, more persons who on the long run may be employed by the recipient as his business grows would have indirectly benefited from a single act of philanthropy. It would have had a multiplier effect. The recipient himself would have shed the toga of dependency.”

In this regard, Afe Babalola himself can be said to be doing very well. For example, the management of the Afe Babalola University, Ado-Ekiti was reported to have awarded automatic employment to 72 first class graduates of the university. It was also reported that Babalola himself doled out N250,000 and a plot of land each to all the graduating students of agriculture to start their farming projects. Such acts of generosity are certainly to be highly commended.

A revival of the agricultural sector in Nigeria is another suggestion that has been put forth, if any meaningful result is to be achieved in the fight against poverty.

However, while human relief efforts have been unsuccessful in bringing the problem of poverty under control, God will give attention to the root of the problem – the tendency for selfish people and governments to look after their own interests. The Bible teaches that real happiness depends not on one’s economic situation, but on one’s spiritual well-being and relationship with the Creator.