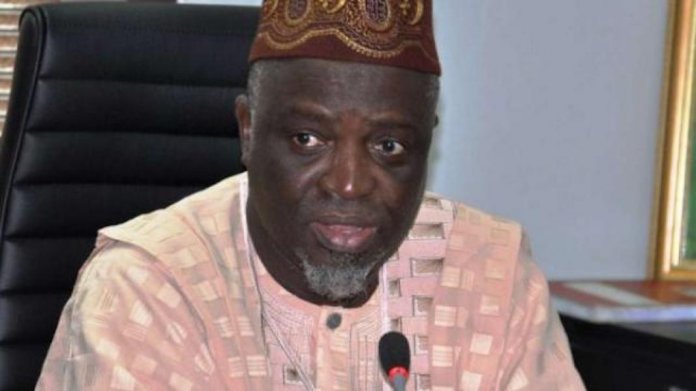 For three consecutive years, the Joint Admissions and Matriculation Board, JAMB, has remitted money considered to be abnormally huge by the standard of non-profit making arm of government. The board, this year, remitted N5billion to the Federal Government Treasury Single Account, TSA, some N2billion lower than was posted in the two consecutive years before it. If however the N3billion lost as rebate arising from the reduction from N5000 to N3500 in the board’s processing fee is considered, the remittance would have shot to N8billion in the current year. Does JAMB’s feat matter to most Nigerians? Are we cheering or jeering?

Obviously, the very few discerning ones on the sideline are heartedly cheering while many others are jeering and making uncomplimentary insinuations. In deed, Nigeria is a society that synched grotesquely with one of the Juju maestro, Chief Ebenezar Obey’s early top hits – Ko sogbon to le da, ko sona to le mo, ko si iwa t’ole hu, t’ole fi t’aiye lorun – that is whatever your motivated and well intentioned moves, people will always be cynical.

One commentator on the earlier remittances insinuated that the Professor Is-haq Olanrewaju Oloyede administration at JAMB was appointed to act the Federal Government script of generating money for it, as if the board was even one of the revenue generating arm of government. How misinformed. Another on the current remittance said the money so remitted was a tip of what was realised. He erroneously reasoned that JAMB officials must have lined their individual pockets to the brim before remitting pittance. Another warped reasoning!

The pre-Oloyede era, which posted near zero remittances in spite of access to the same resources as its successor, is never called to mind, yes easily brushed aside because it is more profitable to jeer than cheer.

It is trite to repeat that the three-year remittances, now above N20billion, are not just phenomenal, it is the height of prudent resource management arising from the highest level of combinig capacity and integrity. Such record is rare in the annals of non-profit making public institutions anywhere in the world. We should not forget that two earlier remittances necessitated the reduction in JAMB’s processing fee which consequently yanked N3billion off this year’s post.

It should be recalled that the current JAMB administration inherited the N5000 processing fee from its predecessors. Reduction in official fee is a rarity, a thing that can only happen in the realm of ideas. . Public charges are always going up in our clime, and never coming down. Current administration in JAMB has given the lie to the belief that government must forever review charges upwards. JAMB has thus jinxed the jinx.

Yet another occurence. The current UTME results were not released expectedly in time. JAMB closely monitored and video-recorded all the examination sessions and was determined to thoroughly scrutinise them to vouchsafe the integrity of the exercise. This becomes more essential because the registration leading to the examination was fraught with massive irregularities. The delay generated commotions ignited by the fake news mongers. It was alleged that JAMB’s central server had crashed and that candidates would be asked to rewrite the 2019 UTME.

When the results finally hit the streets, and no rewriting was ordered, another hullabaloo reared its ugly head. A parent, who expected his two participating children to score higher marks, cried foul, charging that the delay was designed to ‘doctor’ the results, as if JAMB was as petty as a brooding housewife in a polygamous home.

No JAMB official could access UTME results and JAMB as a body is palpably above such underhand deal. How do you convince such parent that JAMB, which has garnered international reputation, would never ever lower or increase individual scores in its examination? That is, what would JAMB have to do with an individual’s result among 1.8 million participating candidates? Isn’t it laughable that the board’s insistence on sanitising the examination system could generate barmy reactions? Not many would see it that way.

The board has just sanctioned 72 CBT centres over infractions relating to the conduct of this year’s UTME. This is an attestation that the organisation is going the whole hog to overhaul the system. Any wholesome deed will expectedly catch the blind eye of cynics

Those who think Professor Oloyede, JAMB’s helmsman since August 1, 2016, would soon tire out in his steely determination to turn the system around must by now be greatly disillusioned. With the conduct of three consecutive UTMEs, clear signals have been sent to all manners of examination crooks and cheats and corner-cutting owners/operators of Computer Based Test, CBT, centres that it could no longer be dirty business as usual.

Expectedly, dissatisfaction and complaints, some barmy, others bland, have greeted Prof Oloyede’s precisioned moves. Some trenchantly continue to question the relevance of a central admission body – JAMB – in the manner of ancient Israelites’ passion for return to slavery in Egypt. Admissions into more than 700 tertiary institutions in Nigeria without a clearing house is engineering total chaos. Admissions would palpably be a cash-and-carry basis, on sale to highest bidders. Very brilliant candidates could secure 10 places all at once, leaving the less brilliant ones to rue and brood.

The professor, on assumption of office, kick started far-reaching reforms by abolishing the scratch card approach to UTME registration with its outlandish propensity for abuse during which a ‘snake swallowed’ millions of naira. .

The professor next tackled the bogeymen outside the system. These potentate Gullivers were thinking it would be a matter of fleeting time for the Lilliputan at JAMB to be beaten silly. The UTME cartel or syndicates had gone ways ahead of pre-Oloyede era in the area of technological advancement. It was then considered inconceivable, from all practical angles, that any antiquated, ricketty government organisation, with unwieldy decision making procedures, could catch up with the system hacking crooks. That perception has been proved wrong.

JAMB did not just catch up with the crooks in all fronts but beat them hands down in the game at which they seemingly were invincible. The board swiftly overran the crooks technologically and dislodged them as the rising sun dispels the morning mist. The cleansing is continuous as the best of CBT centres is good for the board’s operations. Cybercafes have fizzled out as participating partners in JAMB affairs.

The board has gone the whole hog in tackling examination malpractice, even combing global gadget markets for sophisticated but seemingly innocuous wares – ballpoints, earring, bangles, bracelets, wristwatches etc – that candidates from rich homes often deploy to cheat at examination. Some of such gadgets that could transmit, receive and store gigabytes of data were showcased at a critical sakeholders meeting in Abuja preparatory to the 2019 UTME.

The board also caught many multiple registration czars in their dens in the build-up to this year’s UTME. A one-man riot squad in Bauchi State registered 64 times for the 2019 UTME. All other attempts to jump the UTME gun could not escape the ubiquitous eyes of JAMB which necessitated post-UTME thorough screening.

Today, university admission hawkers are out of job. Mighty vice chancellors and admissions high officials of tertiary institutions have to strictly play according to set rules. JAMB has an omnibus system tracking all admission processes in an application called Central Admission Processing System, CAPS.

Now, UTME candidates can access their results directly from their individual cellphones. This reduces the hassle and hullabaloo of pandering to the CBT centres. But what has been the reactions of the ever critical Nigerians, who have succumbed under the barrage of ineptitude, first-rate charade and nothing-good-can-happen-in-Nigeria syndrome? This is food for thought.

The present JAMB deserves the respect of all, though concession should be accorded to those whose minds have been seared as if with braiding iron, corrupted beyond description.