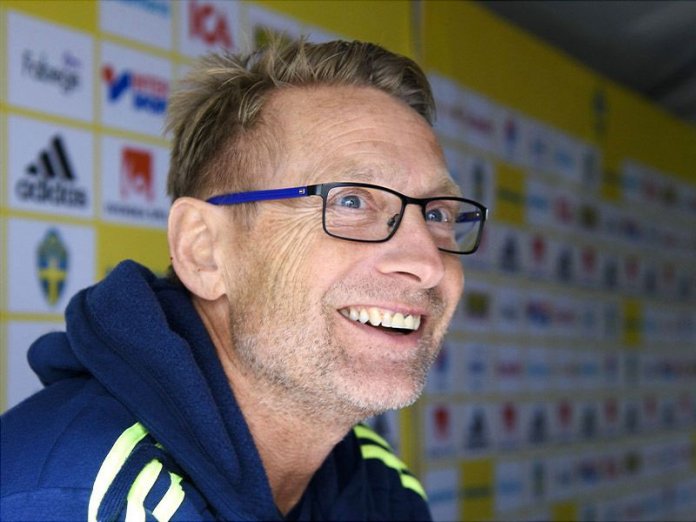 The Super Falcons have been unable to translate their dominance of African football into consistent success at the women’s World Cup but Coach Thomas Dennerby insists his side have the potential to reach the latter stages of the upcoming tournament in France.

The ‘Super Falcons’ have played at every World Cup since the inaugural event in 1991 but got beyond the first round just once, reaching the quarter-finals in 1999 when it was still a 16-team tournament.

“Our ambition is to get to the last 16 at least,” Dennerby told Reuters by telephone on Wednesday as the team prepares for next week’s kick-off in France.

“These days, it’s much harder to go to the quarter-finals because the teams are so much stronger, so it’s going to need a really strong performance,” added the 59-year-old Swede, who took his home country to third place in 2011.

“I hope that we can do that and get through to the round of 16, then win one more game.

“The team have the capacity to do that. We have really worked hard to be the best Nigerian team ever to go to the World Cup.”

While they have been the dominant force in African women’s football, Nigeria only qualified for France on the back of two penalty shootout wins and Dennerby says that is a reflection of the increased competition on the continent.

“I think the standard has improved across Africa,” said Dennerby. “It has certainly got a lot more competitive. You can no longer say before kick-off how the game is going to end and that’s good.

“There is little to choose between the top four-five women’s teams.

“We like that it is getting tougher and tougher and I think that African women’s football is catching up with the rest of the world,” he said from their training camp in Austria.

The Swede has had to make his own adjustments to bridge the culture gap between Scandinavia and Africa.

“You come to the training field and you work with the players and that is no problem at all. We’ve also had good preparation, we’ve been to camp in China and Spain,” he added.

“But sometimes as a European it’s been a bit of an eye opener. But I’m hoping I’ve made a positive impact. I like the spirit of the Nigerians and their passion for football.”

Nigeria open their Group A campaign against Norway in Reims on June 6, and that game is key for the hopes of getting to the playoffs, says the coach.

“We know that Norway is a good tournament team, they have a good record. But they are not at the same level as they were in the ’90s, so we must believe we have a chance,” Dennerby added.