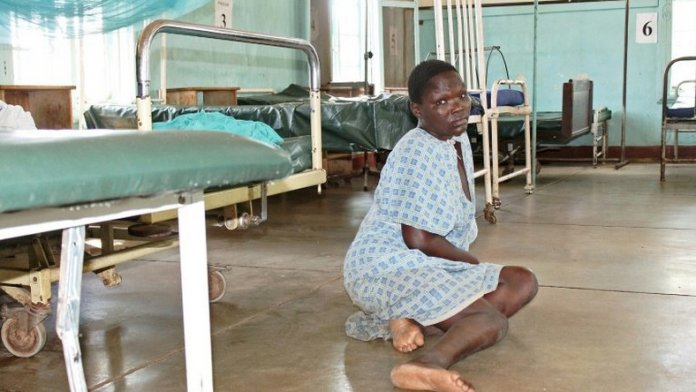 By Onuminya Innocent in Sokoto
The Federal Neuro Psychiatric Hospital, Kware in Sokoto State has expressed concern over the rising number of abandoned psychiatric patients at the hospital largely due to stigmatisation.
The hospital’s Medical Director, Dr Shehu Sale, told newsmen on Tuesday in Kware that the situation has placed additional burden on the hospital.
The Consultant Psychiatrist blamed the situation on stigmatisation of mental health patients by relatives and the society.
Sale, who is also an associate professor and master trainer with the United Nations Office on Drugs and Crime (UNODC), decried the stigma associated with mental health, saying it discourages people from seeking help.
He said that early report and diagnosis of mental ailments would help to curtail the number of cases in the country.
He pointed out that mental cases can be easily controlled if taken to the right hospitals in good time for proper diagnosis and treatment.
He added that the hospital has sponsored enlightenment campaigns on mental health and stigma in Kano, Katsina, Sokoto and other states to address the  problem of stigmatisation.
The medical director traced the cause of mental health to drug abuse, depression, hardship or heredity, which could be cured if detected and treated early.
He said that plans were underway to establish a family health clinic at the hospital to address the negative perception of people with regards to mental issues.
The consultant expressed confidence that the clinic, when established, would strengthen mental healthcare delivery.
According to him, the hospital has 600 bed spaces with 40 inpatients, while most others come in as out patients for consultation.
He commended the federal government on the ongoing renovation works in the hospital which would provide conducive offices, wards, accommodation and other structures. The medical director said among the projects under construction was a perimeter fence to enhance security of the premises.
He added that the hospital’s management had within its resources also conducted some direct repairs and renovations.
Sale further lauded the Sokoto State Zakkat and Endowment Commission for sponsoring mental patients to the hospital, saying that the commission is a pillar of support to the hospital.
He enjoined wealthy individuals, organisations and agencies to also support the hospital and lauded the state government for supporting the facility with an ambulance and other materials.
The medical director disclosed that some of the major challenges confronting the hospital included poor power supply and inadequate essential staff to effectively manage the proposed family clinic, pharmacy, laboratory and other specialised departments.