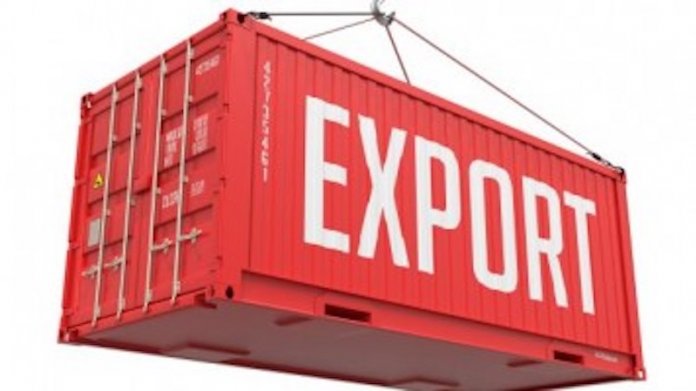 Policy summersaults and inconsistency do not promote confidence in the economy or its managers. That is the general view of over 270 companies that are owed Export Expansion Grant (EEG) arrears between 2007 and 2016.
Sadly, exporters are reeling under heavy environmental burden and frustrations from government agencies that should ordinarily key into support moves for export.

Some exporters who spoke with THISDAY are not comfortable with the attendant delay in releasing the grant.
The federal government had in 2017 introduced issuance of Promissory Notes under the EEG to exporters as incentive to encourage exportation and boost foreign exchange.

They blamed the Debt Management Office (DMO) over the delay.
An exporter, Hyacinth Nna Okoro, told THISDAY that the delay in releasing the funds by the debt office would dampen the spirit of exporters and the business.
Chief Blessing Osunla, an exporter in Lagos advised that government to meet its obligations to the exporters.

According to him, imposing further costs/deductions through the Reserve Auction process for issuance of Promissory Notes, especially at this stage would create a question mark on the sincerity of government towards meeting its obligations to the exporters and this would seriously erode the investor confidence and dampen the appetite for fresh investment including much needed FDI into the non-oil export sector.

On his part, Director General, Association of Nigerian Exporters (ANE), and member, Board of Trustees, Institute of Export of Nigeria, Prince Joseph Idiong, said that most of the challenges in the non-oil sector were man-made.
Idiong traced one of the challenges to lack of political will by the government to operationalise the Dedicated Export Funding Incentives in the Export (Incentives and Miscellaneous Provisions) Act 65 of 1992.

The Act, according to the ANE director-general, provides for the levy of crude oil and other raw minerals to create a fund for non-oil export development.
Idiong said in paragraph 4 of the said Act, the provision states: “As from commencement of this Act, all raw or unprocessed commodities, whether mineral or agriculture shall be exportable on payment of a token levy as may be prescribed from time to time by order of the Nigerian Export Promotion Council (NEPC).”
The ANE boss stressed that since 1992 to date, crude oil which falls under this provision has not been levied, rather, agricultural product, like cocoa, is being levied per tonne.

He said if only a barrel of crude oil was levied one cent, there would be billions of dollars to drive the non-oil sector.
He recommended that government should therefore invoke the law and direct the NEPC Board to make necessary order through a bye-law for levying crude export.
Another challenge facing the non-oil sector, he said, was the non-release of the 10 per cent freight surcharge collectible by the Nigerian Maritime Safety Agency (NIMASA) as provided in the NEPC Act No. 64 of 1992.

He pointed out that NIMASA was said to have been paying the 10 per cent freight surcharge to the Federal Ministry of Finance, not NEPC.
He called on the finance ministry to make clarifications and facilitate the release of the fund for non-oil export development.
The EEG in a broader sense, aims to support active exporters expanding their international businesses. This could be via more exports of existing products in current and new markets. It is a post-shipment incentive designed to expand export volumes and improve global competitiveness of Nigerian products.

This is done via: providing cost of production support to increase export volumes, creating job opportunities, value addition to products.
To complement its export promotion drive, the federal government, has over the years set up various incentive schemes for companies whose business is export focused. The incentives range from tax exemption to duty drawbacks as well as other forms of grants.

Some of the incentives were those set up in 1986, under the Export Incentives and Miscellaneous Provisions Act. These included: Export Development Fund, Export Expansion Grant and Export Adjustment Scheme Fund.
Out of the above schemes, the only one in operation till 2013 was the EEG. It was re-designed in 2005 and now administered by the Nigeria Customs Service (NCS).

The grant is issued to non-oil exporters to reduce production, distribution and logistics (production) costs which will enable them compete effectively in the international market since production expenses will naturally impact product price. It was expected that goods from other countries with cheaper production costs would ordinarily sell cheaper than those exported from Nigeria.

The grant ranges from 10 per cent to 30 per cent of the freight on board value of the products being exported with a confirmation that the export proceeds have been repatriated. The amount received by the exporter also depends on the categorisation of the exporter among others.
Prior to the 1999 fiscal year, the EEG was paid to beneficiaries in cash.

However, from 1999, the grant came in form of Negotiable Duty Credit Certificates (NDCCs) issued by the NCS. The NDCC is a negotiable instrument that can be used to settle or reduce import and Excise Duties. Accordingly, it offers the following benefits to the exporter: Enhances the ability of such exporters to reduce overhead costs given the potential to reduce or eliminate incidence of import duties on products used by such exporters in their production, use of the NDCC as security to obtain loan from banks.

Given the negotiability of NDCC, an EEG can be transferred from the original beneficiary to third parties (up to a maximum of three transfers). Thus, where the exporter has no import duties payable, it could still benefit from the NDCC.
This was how the EEG operated and/or administered between 2005 and 2013.

In 2013, the EEG was re-designed, thereafter suspended and reactivated again.
The Executive Director of the Nigerian Export Promotion Council (NEPC), Segun Awolowo, had said settlement of the outstanding claims owed exporters was one of government many efforts in diversifying the economy through non-oil exports.
Awolowo commended over DMO the assistance rendered the council in access processes.
“I want to express our appreciation to the management and staff of the DMO for the cooperation and support it has so far rendered to us and our stakeholders as regards the promissory issuance.

“Let me also use this medium to appeal to the DMO to ensure the completion of the program within the shortest possible time. It is our sincere belief that the completion of this program will contribute a lot to the development of the non-oil export in particular and the Nigerian economy,” he stated.

Awolowo, explained further that, the present administration submitted a request to the National Assembly for approval of the Promissory Note Programme a few years ago.

He added: “It is our sincere believe that the assent in January 2019 by the National Assembly of the first batch of the request and the subsequent directives by the Minister of Finance to the Debt Management Office for the settlement of the EEG debt, covering claims backlogs of 10 years (2007 to 2016) for 270 companies with a total value of N195,089,234,808.64 only, will bring succor to the export sector in particular and the economy in general.”

In an interview recently, Ade Adefeko, a player in agribusiness said incentives are essential to cushion the impact of infrastructural disadvantages and high cost of doing business.

“Studies carried out by UNIDO and World Bank have shown that Nigerian exporters suffer a cost disadvantage of 30 per cent over other developing countries. Therefore, it is apparent that the Promissory Notes under EEG mitigates the cost disadvantages. Most developing countries, including China which is the world’s largest exporter, and India, give incentives to boost their production and exports.

“Exporters borrow from the banks at 15-20 per cent interest and delay in reimbursement of EEG claims for several years has exposed their businesses to peril.
“Non-oil export sector businesses are largely in the agro-allied sector and highly employment intensive. Protracted delay and uncertainty poses a risk to the Nigerian economy and aggravates the unemployment in the society”