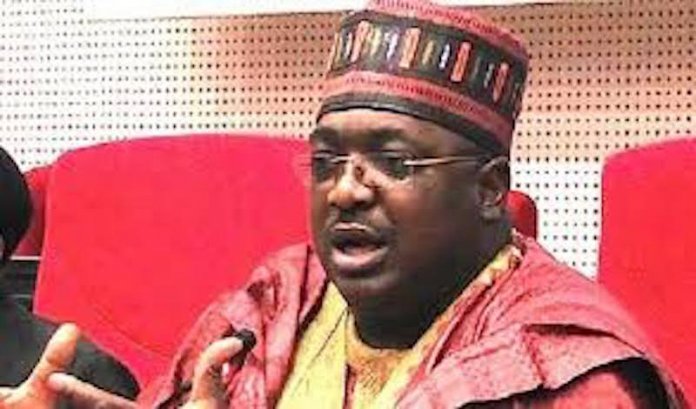 If you live or work in Abuja, the Federal Capital Territory, and you want to belong, you need Senator Phillip Aduda in your life. More so if you’re an aspiring young bird harbouring hopes of growing into a mighty swan that can give the political hawks and eagles entrenched within the capital a run for their money.

The chubby dude who was recently re-elected to represent the Federal Capital Territory in the Senate is one of the go-to guys in Abuja that can be relied on to make things happen. Unlike a lot of the powerbrokers there who are actually immigrants, his roots run deep into the Abuja soil. His parents Rt. Rev Tanimu Samari Aduda (the Bishop of Gwagwalada), and Chief (Mrs.) Jummai Tanimu Aduda, the president and founder of Grassroots Associations of Nigeria and International Grassroots Association are both entrenched Abujalites.

Commanding so much respect from all and sundry, Senator Aduda is one of the few uncontroversial politicians who can count on cross-partisan support whenever they need a bill passed or a project approved. This is because of his amiable disposition and his philosophy that regards politics as a game of creating friends rather than making foes.

The two-term senator who will turn 50 in June already has a Member of the Federal Republic (MFR) honour on account of the giant strides he’s made in delivering good governance to his constituency. He’s chaired key committees on the upper chamber as well as the lower chamber where he served between 2003 and 2011. He’s the current chair of the Land Transport Committee in the Senate.

It is not all work and no play for the robust senator. He knows how to unwind after a long day’s work. He is a frequent visitor to fun spots in the Abuja metropolis and environs. He’s the toast of the fun-loving crowd who find his approachability and exuberance endearing qualities.

Despite being a Christian, Senator Philip Aduda is a perfect example of the age-old wisdom that merit has no religion. He’s loved by both Christians and Muslims and has scores of chieftaincy titles to show for his popularity at the grassroots. He is the Talban Karu., Dan Madami Bwari., Dan Buram Zuba, Dan Garkuwan Garki, and Dan Madanin Kwali to mention a few.