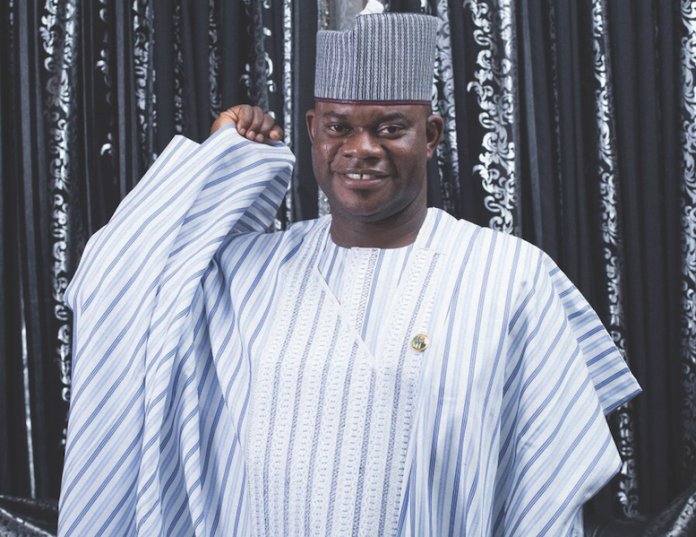 Kogi State Governor, Yahaya Bello, is currently facing arguably the fiercest battle of his life as he seeks reelection. But will his return to office change the sorry state of the state or reinforce the alleged failure of his government? Yekini Jimoh reports

It is no more news that the Governor of Kogi State, Alhaji Yahaya Bello, recently declared his intention to contest the November 2 governorship election on the platform of the All Progressives Congress (APC) during the inauguration of the Kogi State House of Assembly Commission in Lokoja, the state capital.

According to him, his intention to contest was based on the “people’s call to run for a second term in office as the governor” and the “tremendous achievements (his government) has made in the past three years”.

Bello said: “I would like to inform the good people of the state, the All Progressives Congress (APC) family and supporters from the state, the local government areas down to the wards and polling units as well as various stakeholders, opinion moulders, families and friends, of my interest to answer the people’s call to run for a second term in office as Governor of Kogi State.”

But his intention has since led to mixed feelings among the people of the state even though his media team has been shuttling from one private television station to another to sell the candidacy of the governor. And going by the situation in the state today, the ambition appears more like a tall order. For instance, people are hungry; children can no longer go to school. The worst hit, perhaps, are the civil servants, both at the state and local government levels, who have not been paid salaries for months, not to talk of the pensioners.

Also, many have lost their jobs based on the purported endless screening exercise of the administration since the governor assumed power. Those that were lucky and cleared by the screening committee in the last twenty months have not received any salaries. As a result, pensioners and workers are dying for lack of money to take care of their medical conditions.

A majority of the people – besides not being able afford three square meals – have relocatied to towns outside the capital because they could no longer pay rent or afford the city lifestyle. Sadly, prostitution among married women has risen while robbery and kidnapping are the order of the day.
Workers of the judiciary have been on strike in the last nine months due to the government’s policy that seeks to conduct table payment for workers and magistrate’s court judges. The question is: how can magistrate’s court judges, line up for such a screening exercise?

Unfortunately, here is a governor that is considered close to the president, yet, he has never invited the president to the state to commission a single project, more so as an APC state.
The governor is said to be at daggers drawn with everybody in the state. It is alleged that Bello is plotting to remove from office, his deputy, Chief Simon Achuba and the Chief Judge of the state, Justice Nasiru Ajanah, without any justification. While some believe he has the right to contest as the incumbent governor, others think that his last three years in office has been a disaster.

But a member of his cabinet, who spoke on the condition of anonymity, said: “Our governor deserved second term in office. He has done so much for the people despite the little resources.”
He argued that four years was not enough for the governor to achieve much and therefore should be given another term to consolidate his efforts.

The Speaker, Kogi State House of Assembly, Matthew Kolawole, also described Bello as the best option for the state saying, “This will be the first time the state will be blessed with a selfless and detribalised leader that is bold to confront issues that have been the bane of development in the state.
He said the governor has achieved in various sectors, including security, infrastructure developments like roads, education with most of the primary schools wearing new looks across the state.
Kolawole, who said he was confident that the APC would do better in Kogi West Senatorial District, stressed that efforts were ongoing to bring on board some prominent politicians from the opposition party.

Yet, Bello’s hope of securing the ticket of his party, the APC for the November election is under serious threat as a result of criticism of poor performance from various quarters.
In view of the uncertainty that hovering over his second-term ambition, the governor might just be planning to pitch his tent with another party, Accord Party, those in the know of political manouverings in the state said.

Bello is currently believed to be facing a difficult task to secure the party’s ticket as the APC has been petitioned by individual, groups and even members of his party before the National Working Committee of APC of poor governance.
Of note is that the APC flags hoisted in the premises of Government House including the one hosted at the main entrance gate to Lugard House have been removed.
At the same time, the Accord party secretariat was allegedly renovated by the governor, although the party was his alternative party in 2015, when he lost the APC governorship primary to the late Abubakar Audu.

According to sources, Bello have disclosed to some of his closest allies that a cabal in Aso Rock had advised him to move to another party since forces were against him for the ticket, and that he had been assured of their support if he contested the governorship election in another party.

This plot is also believed to have been inspired by the Governor of Benue State, Samuel Otom, a good friend of Bello, who allegedly advised him to leave the APC for another party if he planned to win the November election.
The national secretariat of the APC was said to have received over 10 petitions submitted by individuals, groups and also from members of the party, demanding that Bello should not be given the governorship ticket.

One of the groups, who made their statement available to THISDAY, by name Kogi Rescue Mission (KRM), is of the opinion that Bello’s “abysmal style of leadership has further subjected the state to political and economic hemorrhage.”
The group which embarked on a peaceful protest led by its President, Hon. Ali Dan to the national headquarters of the APC with numerous placards which bore various inscriptions, described the Bello-led administration as a threat to people’s welfare and the economic prosperity of Kogi State.

In their protest letter to the national leadership of the party, the group highlighted various anti-people activities of the state government, said “salaries of civil servants for November and 60 percent of December, 2017 are yet to be paid, this is despite receiving N20 billion as bailout funds, over N21 billion from the Paris Club refund and money from the monthly federal allocations as well as the internally generated revenue.”

Dan further stated: “Businesses have folded up, people are leaving for another state to seek refuge and workers have become paupers, feeding from hand to mouth. You will believe me that on no account will the people support and vote for a governor that operates draconian policies of this nature.”
In the same vein, the opposition Peoples Democratic Party (PDP) has said no amount of deception by the APC-led administration of Bello would stop it from losing the November 2 election.

The party described the allegations of inability to pay salaries as caused by the PDP as another lie by Kingsley Fanwo, APC’s director general media and publicity in the state.
The PDP described the APC-led administration as fraudulent, having received bailouts, Paris Club refunds on three different occasions to settle shortfall of Kogi’s workers amounting to N5.7 billion for state workers and N45 billion for local government workers.

The opposition party said the people’s verdict on the abysmal performance of Bello’s administration is no longer a secret, describing it as the worst ever since the creation of the state.
The PDP, therefore, stated that it is the new bride, having enjoyed wide acceptance by the people and is set to occupy Lugard House in January 2020.

As things stand, it appears that it will be easier for the camel to pass through the eye of a needle than for Bello to secure reelection on the platform of APCor any other party.
A major indicator for many was his failed move to recall Senator Dino Melaye. Indeed, it was generally considered his major popularity test, which he was unable to realize despite showing his hands.
Political observers said the ruling party chieftains in the state and in the APC national hierarchy are weighing their options as decide whether Bello is a political deficit or fortune to the party.

editor - September 27, 2020 4:02 am
2
SIMON KOLAWOLE BY  (SIMONKOLAWOLELIVE!) We often tell ourselves a lot of beautiful lies in Nigeria. One of my favourite is the saying: “This is not... 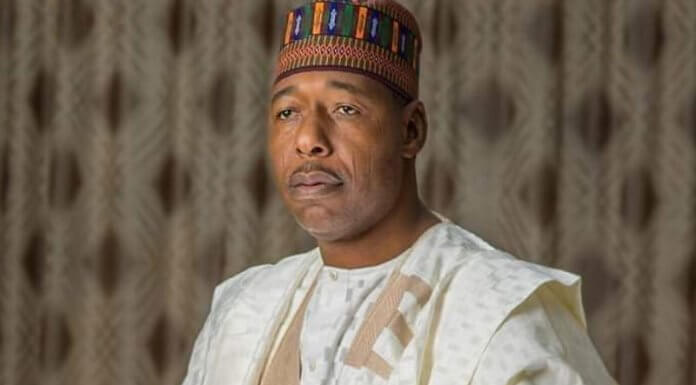