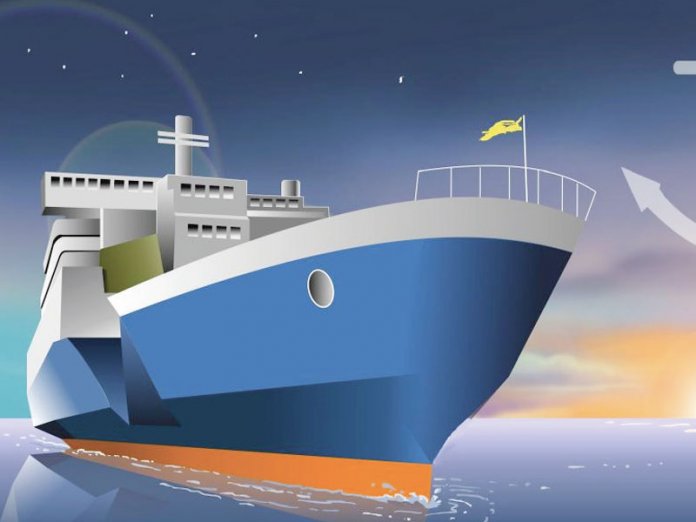 When the Coastal and Inland Shipping (Cabotage) Act was enacted in 2003, the purpose was to ensure that only indigenous ship owners have the mandate to carry out coastal trade and inland shipping.

However, the purpose was never achieved as most indigenous players in the industry were crowded out by foreigners.
According to numbers released by the Nigerian National Petroleum Corporation (NNPC), Nigerian owned vessels accounts for only 12 per cent of annual oil trade market. Rather than allow the letters and spirit of the Cabotage Act to work, a particular clause in the Act has continued to constrain operators. This is the waiver clause.

This clause has over the years been exploited by multinational companies with the excuse that Nigerian players do not have the facility, capacity and competency to play in critical areas. That came to an end last week when the Nigerian Maritime Administration and Safety Agency (NIMASA) set out plans to end Cabotage waivers for foreign ship owners within the next two to five years.

The move was in a bid to put an end to the near inability of indigenous shipping companies to carry Nigerian-generated cargo through the nation’s coastal waters.

The stoppage of the waivers which would be implemented in phases would allow indigenous ship owners take charge.
Speaking during a stakeholders’ consultative meeting for cessation of Cabotage waivers in Lagos, the Director General of NIMASA, Dr. Dakuku Peterside, said the agency was determined to bring to an end the waivers regime, so as to allow cabotage flourish in Nigeria.

“Today is a very special day, for a very long time indigenous operators that have been very concerned about cabotage waivers, their concerns coming from the fact that it appears that waivers is now a norm instead of exception and since they have been wondering when are we going to come to the end of this cabotage waivers regime.
“I want to say to them NIMASA has ended your cry. NIMASA is on the same page with you, we have determined to bring to an end the waivers regime so that cabotage will flourish in Nigeria and Nigerians will benefit from coastal trade,” he said.

“At the time, it was for six months. It was a trial run and we noticed that on six months we literally double the numbers of Nigerians onboard vessels by simply publishing and enforcing the new cabotage compliance strategy.
“Also in 2018, we decided to extend it. After then, we have series of engagement with stakeholders to stop the waivers regime in the cabotage trade, today is an important step in that direction.

“As you know, it is the desire of every operator that we end the regime of waivers in the cabotage trade. And a lot of our people are concerned that we have not been able to build vessels in this country. But at NIMASA, we have taking strategic steps in the area of ship building, the country is looking at Ajaokuta steel mill again and I believe that once Ajaokuta come on stream, it will remarkably improve our fold in ship building,” he said.

Ongoing Engagements
He added: “Those engagements are going on. It is even going on at the highest level of government. We are engaging the office of the Vice President to look at the possibility of creating a number of incentives for those who can build vessels in this country and we believe if that is done, a number of persons and entrepreneurs will invest in building vessels in this country. We are even working in partnership with the Nigerian Content Development Monitoring Board (NCDMB), to that extent, we have commissioned a survey and audit of all building yards in this country with a huge to identify a level of support we can give to enable them come back on stream fully.

“A bigger picture is that in the next five years, we want certain category of vessels to be built in the country so that we will put an end to bring literally all vessels we need from outside the country and create jobs outside the country, whereas we are creating unemployment by patronising foreign built vessels. That is strategic steps we have taken in the area of owning vessels. We have also taking a number of steps to support local players so that they can own more vessels. We have engaged the Ministry of Finance and Customs to create a special tax regime to Nigerians who will bring in vessels in to the country.”

First Move
NIMASA had earlier this year set its face against violators of the coastal and inland shipping law when it seized MT Navigator Capricorn, a Liberian-registered Liquefied Petroleum Gas (LPG) vessel. MT Navigator Capricorn, which is on lease to the Nigerian Liquefied Natural Gas (NLNG) Limited and supplies cooking gas to Nigeria’s domestic market, was detained. It was later released. But the decisive statement on the enforcement of the revised guidelines on the implementation of the Cabotage Act was not lost on stakeholders.

Announcing the commencement of the crackdown, Peterside made it clear that the agency would no longer encourage the application of any form of waivers under the Cabotage Act, particularly for oil firm operations. He said such waivers hurt the growth of the maritime sector and the economy, generally.

“Our laws forbid foreign vessels operating in our territorial waters save for compliance with the Cabotage Act. There shall be no sacred cow when we commence clampdown on erring vessels. We want to increase the number of Nigerians who participate in the marine aspect of your business and we are working closely with the Nigerian Content Development and Monitoring Board to have a joint categorisation of vessels operating under the Cabotage Act in order to ensure the full implementation of the Act,” he said.

Understanding Cabotage Act
The Coastal and Inland Shipping (Cabotage) Act 2003, which came into force in 2004, aims to “primarily to reserve the commercial transportation of goods and services within Nigerian coastal and inland waters to vessels flying the Nigerian flag, owned and crewed by Nigerian citizens, and built in Nigeria.”

The Act sets out the limitations on foreign operations of cabotage shipping and the tight conditions under which exceptions can be allowed. These provisions are set out in sections 3 to 6 of the Act, which prohibit coastal carriage of cargoes and passengers, except by wholly Nigerian-owned, manned, built, and registered vessels.

It also restricts towage by tugs or vessels to those wholly owned by Nigerian citizens, just as it limits carriage of petroleum products and related oil and gas shipping services to vessels of Nigerian ownership. Furthermore, the Act prohibits domestic trading in the inland waters of Nigeria, except by vessels wholly owned by Nigerians. To facilitate compliance with the provisions of the Act, the Federal Ministry of Transportation, in 2004, issued a set of guidelines to relevant stakeholders. The guidelines proved to be a useful tool for the operation and implementation of the Cabotage Act. But it was not without some hiccups, as NIMASA, had understandable challenges in the application of the Act. Following interfaces with stakeholders, the revised Guidelines on Implementation of Coastal and Inland Shipping (Cabotage) Act, 2003, was produced to provide further clarification and streamline the Act’s enforcement and monitoring processes.

NIMASA followed up the revised guidelines with the introduction of the Cabotage Compliance Strategy in August last year to facilitate full implementation of the Cabotage Act. But the agency continued to talk with the vessel operators in the new spirit of camaraderie that has prevailed between the regulator and the operators since the administration of the Peterside.

Stakeholders Applaud NIMASA
Lending their voice to the move, some stakeholders in maritime last week hailed the federal government’s plan and advised the government to abolish cabotage waivers to foreign vessels without further delay. They pleaded that the government incentives that would encourage indigenous ship ownership in the spirit and letter of the Cabotage Act.
They said that it was possible to end waivers to foreign vessels and give room for Nigerians to own ships. Speaking to journalists on the matter, Director-General of Nigerian Chamber of Shipping (NCS), Obigali Obi said that efforts should be geared toward resuscitating the Ajaokuta Steel Company because the country could build ship with a functional steel company, which would in turn encourage springing up of cottage industries.

According to her, “There is nothing wrong in the administration of the Cabotage Act, as that will help to create the much needed jobs for Nigerians. But we need to tread with caution while trying to implement that, knowing that we are dealing with an international trade variant of our economy. The infrastructure that we need to anchor this on, are not yet available; the manpower to manage the platform and provide services onboard are still not there.”
On her part, maritime expert, Mrs Magret Orakwusi, appealed to the federal government to ensure that the banks would grant loans to Nigerian shippers at a single-digit rate to boost ship ownership and development.

She said: “I thank God that people in government are thinking in this direction that we, the operators, have been longing for. If we get it right now, the economy will be shielded from negative international economic reflex. Cabotage is good; it will resonate in the sector and foster expansion in all ramifications while engaging the cadets in the system.

“The whole idea is to have a succession plan that will midwife a full blown cabotage regime that will be of benefit to Nigerians instead of the foreigners trading on our waters. It has been observed that the Cabotage Act, since inception in 2003, has, to a large extent, favoured foreign ship owners while killing indigenous ones.”