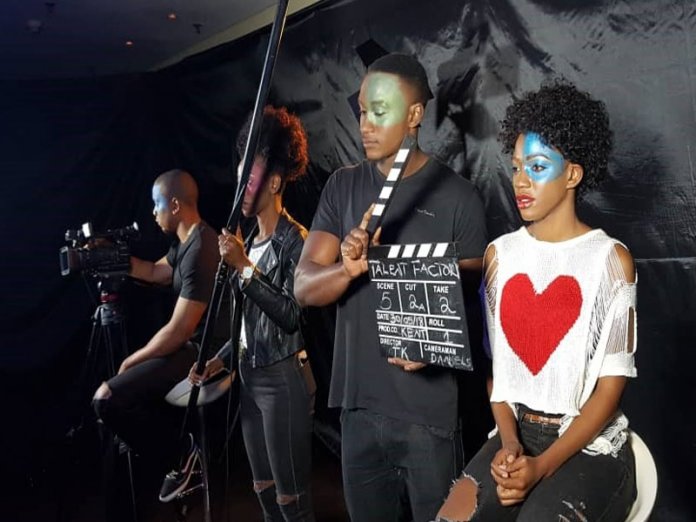 Beyond throwing up new talents in the entertainment industry, Raheem Akingbolu reckons that the interactive online portal of the MultiChoice Talent Factory that recently went live will provide a one-stop shop for information about the African Film and Television industry.

As the population of the African continent continues to increase, governments across the nations are concerned about how best to tackle the increasing unemployment ratio that has plunged the entire continent into deep poverty.
According to recent research the African continent is home to approximately 1.3 billion people and by the end of the century, it is believed that number is expected to jump to 4.2 billion. With this, the continent will probably overtake Asia and be home to the world’s largest labour force as early as 2040. Not only is the continent’s unemployment rate well above the global average, but up to 70 per cent of employed Africans are trapped in vulnerable, low paying jobs, with all too many living in outright poverty.

To maintain stability and advance prosperity, African governments face the tremendously daunting challenge of tackling unemployment and creating millions of new jobs for a booming working age population.
To do so, development experts have suggested the need to add non-traditional strategies to their national development plans. To this end, many economists have suggested that creative and cultural industries are an increasingly important piece of the puzzle. These industries — design, fashion, film, television, radio, music and much more — have all too often been overlooked as legitimate avenues for jobs and gross domestic product.
But that is starting to change. African governments have started embracing and supporting the creative industries in their efforts to drive sustainable development and create jobs. Zambia, Nigeria, Uganda and others place a strong focus on agriculture in their latest development plans, while countries such as Ethiopia prioritise industrial growth. Today, findings have revealed that the creative industries would be an added layer in constructing more diverse and economically viable markets.

While there is clearly no shortage of talent in the continent, it nevertheless has been relatively poor in profiting from it. In 2010, Africa’s contribution to the world export of cultural goods was reported as marginal, amounting to less than one per cent.

Africa’s presence in global markets for creative goods and services has been stagnated by its limited supply capacity, lack of intellectual property knowledge, obsolete policies and regulations, as well as underinvestment in the industry, particularly infrastructure.

For example, in the US there are 40,000 movie theatres; India has 20,000; China 13,000; but the whole of Africa has less than 1,000 which accounts for 1 cinema per million people. Such gaps signify an untapped potential for growth. Creativity is the new money and it is time for Africa to reap its benefits.

MTF to the rescue
As Africa continues to change rapidly, the entertainment industry is ever more relevant and this has shown in many instances. By introducing a talent factory last year, MultiChoice, a Pay TV company, perhaps recognises the critical role it can play in society to be the driving force behind the development of future talent to help build and strengthen the creative industries across Africa and to play a positive role in Africa by helping to grow Africa’s creative industries into vibrant, economic powerhouses.

At the launch in Nigeria, its Managing Director, John Ugbe, stated that the company believes it can – and must – play an indispensable role alongside government, civil society and communities to solve complex global challenges and drive positive change in communities, thereby creating “shared value”

He said: “Shared Value involves using MultiChoice’s corporate assets and expertise to address stakeholder needs and create shared value for the business and key stakeholders and it’s by creating value for our customers, our employees and society that we’ll build a successful business for the future.

“Through the MultiChoice Talent Factory (MTF), MultiChoice Africa will develop emerging TV and film talent whilst simultaneously promoting the growth of local content in key markets through a well-structured and impactful social investment programme,” he said.

He, however pointed out that the MultiChoice Talent Factory brand will be delivered through three touch points, which include; the MultiChoice Talent Factory Academy; an educational programme aimed at furnishing 60 deserving young, talented people who want to work — and innovate — in film and television production through skills development in accredited MTF Academies based in Kenya, Nigeria and Zambia. Another one is the MultiChoice Talent Factory Portal, which is a Pan-African, film industry online destination for information about the creative industry, including contacts and thought leadership. He added that the portal would open access to film creatives across Africa to showcase their talent, access opportunities, stay up to date with industry news and expand their industry network.

The MTF Portal, a digital hub conceived as the premier destination for connecting Africa’s creative industries, went live recently after its launch in Lagos.

The MTF Portal is the third touchpoint of the MultiChoice Talent Factory, the company’s shared-value initiative. Its launch follows that of the MTF Academy, a 12-month film training programme aimed at upskilling the next generation of young film creatives, last October; and the MTF Masterclasses, launched in January, to upskill industry professionals.
The interactive online portal is aimed at profiling and connecting Africa’s creatives as well as bringing pan-African talents and opportunities together in one place. The digital portal will allow filmmakers across the continent to network, find talent and showcase their work. Access to the portal is through online registration, which will serve as an authoritative source of industry news, supported by MultiChoice’s position as Africa’s leading storyteller. Users of the portal- up, up and coming creative talents can also connect and collaborate. The MTF Portal will also provide information on the MTF Academies and Masterclasses.
The Portal forms part of the investment MultiChoice is making to improve quality and support the production of local content and storytelling across the continent. It will serve both seasoned professionals and aspiring talent in Africa’s film and TV industry.

MTF Academy and Masterclasses
From day one, the company has admitted that it recognised there’s untapped talent that lack resources to develop their talent in order to contribute to the growth and future of Africa’s film and television industry, hence the need for the talent factory.
“We also recognise and uphold excellence in the film and TV arts and believe that supporting this young emerging talent, will open the industry to more innovation The MultiChoice Talent Factory Academy is aimed at supporting and encouraging excellence in filmmaking at the post school education level,” Ugbe said.