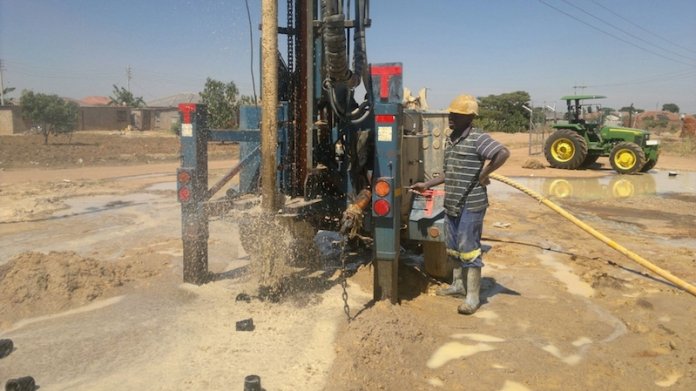 The Federal government has disclosed that the emphasis on borehole drilling across the nation is to address the perennial challenges of Lead poisoning by some communities in northern parts of the country.

A Director in the Ministry of Agriculture and Rural Development, Daniel U.Udo made the revelation during the activities organised to mark the 2019 World Water Day in Abuja,

Udo described borehole as a safe and alternative source of water for government to explore.

He added that aside curbing Lead contamination, by drilling borehole for underground water, many communities will also be saved from the risk of water borne diseases they are exposed to as a result of drinking surface water.

“We place emphasis on deep well because the water is safe and portable. It addresses the Lead poisoning. The problem of water borne diseases is also reduced,” Udo said.

He added that another option government is developing is to provide mini-water treatment plants across the country.

One of such mini-water treatment plants was commissioned in Suleija, Niger State to mark the World Water Day.

Udo noted that there are about 34 mini-water treatment plants in vulnerable areas of the country that are prone to water borne diseases and Lead poisoning.

He stressed that the facilities have pipes capable of treating surface water that are not good enough when pumped through the treatment plant, making it safe for consumption.

He also added that the Ministry of agriculture plans to procure some big water pumps that cam pump treated surface water from rivers and streams to communities and save for consumption.

The director disclosed that three years ago, the federal government entered into partnership with the Nigeria Borehole Master Drillers Association on how to improve water provision in the country.

The collaboration led government to procure rigs capable of drilling between 350 metres to 1, 500 metres deep for water while the association provides services and maintains the equipment.