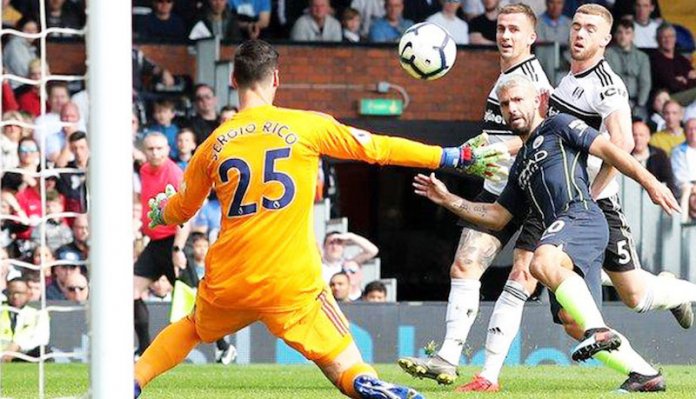 Manchester City cruised back to the top of the Premier League as they condemned strugglers Fulham to their eighth consecutive defeat.

City, who had 10 shots in the first 15 minutes, added their second when Sergio Aguero sublimely lifted the ball over home goalkeeper Sergio Rico from close range.

Some woeful defending from Fulham – who have now conceded 72 goals, the worst record in the top flight – contributed to both goals, with Timothy Fosu-Mensah and Joe Bryan both guilty of gifting the ball to City near their own goal.

Scott Parker’s side also struggled to make an impression at the other end of the pitch and failed to register a shot on target.

City, who are chasing an unprecedented quadruple, move one point above Liverpool, who host Tottenham today.