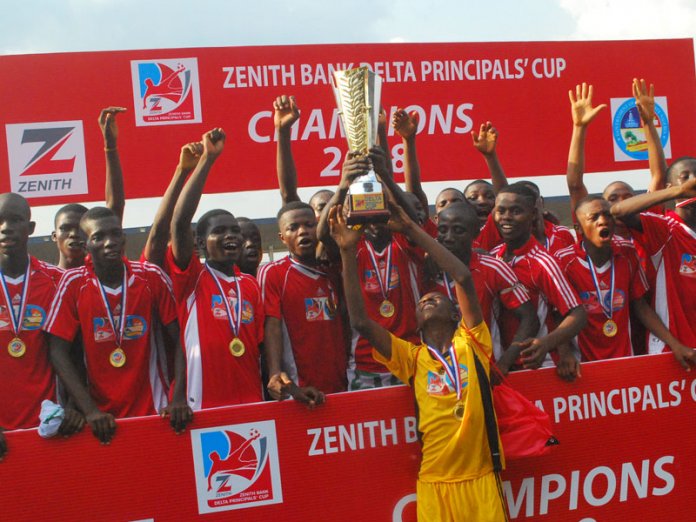 Organisers of the Delta State Principals’ Cup have expressed readiness for the final match Day of the competition slated for Monday, April 1.

The final of the event is billed to take place at the Stephen Keshi Stadium Asaba on Monday and the Head of the Organizing team, Tony Pemu, said yesterday that all was set for the final.

Delta Commissioner for Basic and Secondary School Education, Chiedu Ebie, said the state was ready to make the final a classic of sort.

“The players have displayed so much knowledge of the game and we expect that the teams in the final will give us much to cheer. As organisers we are planning to stage a classical show,” Ebie noted.

Pemu said the Local Organising Committee and the organizing team have been working round the clock to perfect all plans for the final.

“We had a very colouful final event in the first and second edition of competition. I expect this to be very interesting as well.

“Everything needed to make the event memorable for the players and spectators have been put in place. We thank the sponsors and the government of Delta State for the support all through the event.”

Delta State Governor, Ifeanyi Okowa will lead some members of his executive cabinet to the match just as topshots of the sponsors, Zenith Bank are also expected to be at the Stephen Keshi Stadium to cheer the young footballers competing for honours.

The final of the competition originally scheduled for February 15 this year was moved due to the general elections and the involvement of the state in the series of international games at the venue.

Former international, Victor Ikpeba, is expected to lead other top former Eagles stars to the venue for this developmental tournament.