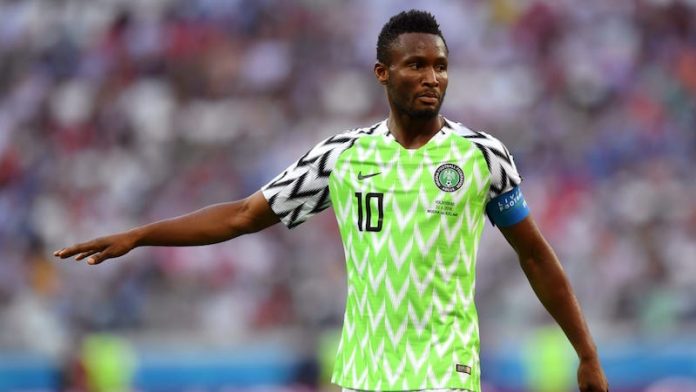 Despite John Mikel Obi’s preference of club over country, the days of the Super Eagles captain are not over yet with the senior national team.

Mikel who captained Nigeria to the last World Cup finals in Russia last week turn down the chance to return to the team for the two matches played at the Stephen Keshi Stadium in Asaba.

Instead, the former Chelsea midfielder opted to focus on club duties, helping Middlesbrough’s push for promotion from the Championship to the prestigious English Premier League.

Mikel has returned to form since dumping the Chinese Super League to return to life in English football. Now, he’s in the thick of action, giving 100 percent in Boro’s drive to return to the Premier League, starting with their clash against league leaders Norwich City this weekend.

This perhaps informed why he shunned the chance to rejoin Super Eagles as the Nigerian team was rounding off the AFCON 2019 qualifiers with the dead-rubber game against Seychelles and the international friendly with Egypt.

The 31-year-old has not played for Nigeria since the 2018 World Cup in Russia, but remains part of manager Gernot Rohr’s plans as the German prepares his charges for the 2019 AFCON in June and July.

The Franco-German gaffer told Africanfootball.com recently that Mikel remains in his plans so long as he’s fit and plays regularly for Boro.

“He told me it is not the moment to return but if Obi Mikel is very fit again and has the motivation, then the door is open.

“I am not like Joachim Low who announced that three of his players are definitely out of the German national team, I never say that because you never know what can happen.

“We are watching and will see if he can come back. We also need experience in our team, we have so many young players,” concludes Rohr.