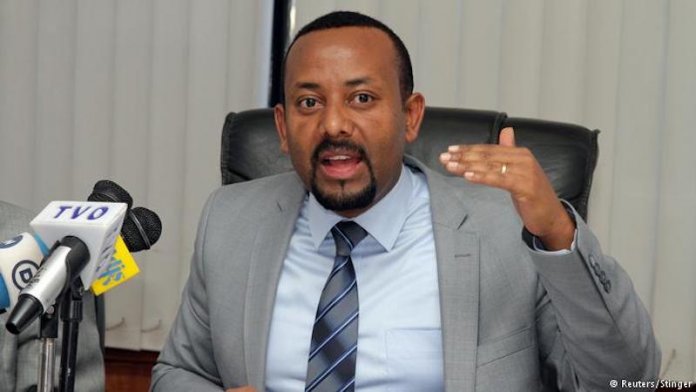 Ethiopia has long prevented foreign ownership in economic sectors including banking, but Abiy has embarked on rapid political, diplomatic and economic reforms since coming to power in April.
An entrance into the Ethiopian market of 100 million people, while not imminent, would be part of a strategy Absa laid out after its split from Britain’s Barclays in 2017.

The bank’s chief financial officer, Jason Quinn, told Reuters that Absa was investigating how and where to enter a number of other growth markets, including Nigeria and Angola.

“We’re not in Ethiopia at all, so those would be the type of markets we’d look at over time,” he said.
It would be hard to build a retail banking business from scratch so Absa was more likely to think about acquiring, he added.

The bank had already highlighted Nigeria as key to future growth, where Quinn said there was a “nice opportunity” for Absa in corporate and investment banking. It had also already flagged Angola as attractive, alongside Egypt. Several South Africa banks have looked to the rest of the continent for growth, as a slow economy and under-pressure consumer weigh on potential at home.

Absa, which wants to double its share of revenues on the continent to 12 per cent, saw earnings from its operations elsewhere in Africa grow by nine per cent in 2018, the fastest of all its divisions, its annual results showed. Overall however, headline earnings per share – the key profit gauge in South Africa – dipped by one per cent, largely as a result of 3.2 billion rand ($221.77 million) in costs related to the Barclays separation.