“Our people turned to us because their hopes were dashed, they were betrayed. In their despair, they chose to chart a new path, a new beginning. In us, they found a ray of hope and genuineness to serve.”  Governor Ibikunle Amosun, May 29, 2011.

I have always offered one prayer for this administration: That our time in Ogun shall be a watershed; just as the days of Chief Obafemi Awolowo in the Western Region have remained indelible in our memories, the era of Governor Ibikunle Amosun in Ogun State shall equally remain a reference point till the close of time.

The Industrial Revolution which began in Britain in the late 18th century marks a turning point in human history as hand production was supplanted by the use of machines. Production took a giant leap leaving in its wake remarkable rise in disposable income and consequently enhancement in the standard of living of the people.If the Industrial Revolution was an economic phenomenon, then Renaissance that preceded it was a cultural-cum-knowledge revolution. Renaissance, which commenced in Italy in the 14th century, marked another epoch defined by phenomenon rise in intellectual pursuits and artistic developments.There’s what may also be pronounced as Media Revolution, an age that birthed what Prof Wole Soyinka described as agencies of instant communication, which convey our march of history in contemporary, real-life tempo. With CNN, Aljazeera, BBC, etc. and Internet, national boundaries are obliterated and geographical distance counts for nothing.As there are epochs so are individuals which define their times. Thus we can speak of the Pele era in football. The Maradona era. The Messi age. Are there other good footballers? Yes, of course. But you see the likes of Pele, Maradona and Messi once in a generation, sometimes in lifetime. The same can be said of Muhammed Ali and Mike Tyson. Yes, there were other good boxers, even great boxers but the two defined their times.There are leaders whose works created the epochs. Lee Kuan Yew, as Prime Minister, is credited with moving Singapore, a colonial outpost with no natural resources, from the Third World to First World. When you mention Singapore today, the image of Kuan Yew comes to your mind and the thought of Asian Tiger crosses your mind. The Western Region of Nigeria witnessed its golden years under the leadership of Chief Obafemi Awolowo, who was the Premier between 1954 and 1959, previously the Leader of Government Business of the Region from 1952. It was in the Western Region, during the Awo epoch, that Agricultural Settlements and Institutes were first established. It was in this Region that a Minimum Living Wage was first introduced in Nigeria, and paid to workers. The first industrial estate and housing estate in Nigeria were established in the Western Nigeria.The first television service in the whole of Africa was established in the Western Region. Liberty Stadium, established in 1959, was also the first in Nigeria. Steel ballot boxes and security-printed ballot papers were first used in the Western Region at the instance and insistence of the Action Group. Voting by symbol was equally introduced into Nigeria and first used in the Western Region.Of course, it was in the Western Region that Free Universal Primary Education and Free Health Services for children up to the age of 18 were first introduced in Nigeria. Time and space will certainly fail me to mention more. That was indeed an era, an epoch that remains indelible in the history of the country. Awo launched the Western Region of Nigeria into its future at the speed of light, ahead of other Regions in the country and only some years away from catching up with Europe.Today, the administration of Senator Ibikunle Amosun has built the first-ever flyovers by any state government since the creation of Ogun State in 1976. Thirty years after the legendary Chief Bisi Onabanjo introduced free education in Ogun State, it was Senator Ibikunle Amosun that re-introduced the scheme, which has expanded access to education.

The governor has constructed the first-ever six-lane international standard roads across the state – complete with modern features such as drains, medians, greenbelts, walkways, street lights, etc. Amosun distributed 500 brand new transformers to bring back to life comatose Small and Medium Scale Enterprises in Ogun in a single iconic gesture and purchased such quantum of multi-million naira farm machinery – bulldozers, tractors, ploughs, harrows, slashers and planters – the scale never witnessed in the annals of the state.

It was Governor Amosun that introduced for the very firsttime in Ogun modern luxury buses, and the first in Nigeria to purchase the very latest technology of Armoured Personnel Carriers (APCs) and make the “maximum donation” of security equipment at one fell swoop that the then Inspector- General of Police, Mohammed Abubakar, said he had never witnessed since he had been serving as a Police officer.The Amosun administration pays N18,250 as Minimum Wage, implemented the Wage across board, and up to Local
Government level, thus making Ogun the only state in Nigeria to do so. The World Bank, Doing Business in Nigeria 2014, ranked Ogun as one of the top reforming states “that made the biggest strides towards the national frontier of good practices.” The state was ranked lowest overall performers in both 2008 and 2010 reports of the global financial institution.

The Nigeria’s leading business newspaper, Business Day, had in 2013 declared Ogun State as the fastest-growing economy and first choice for industrialists and entrepreneurs among the 36 states in Nigeria. And in December, 2014, The Guardian says Ogun State has become the hub of industrialization in Nigeria, overtaking other states. What is more, the Amosun government, for the very first time in the annals of Ogun State, inaugurated Free Social Health Insurance Scheme for pregnant women, who belong to the lower 25 per cent of the population, living on less than two dollars a day and their children under the age of five. The less privileged pregnant women and their Under-5 children go to any of the four designated Health Care Providers (private and public) in their respective local councils with their Free Health (Araya) Access Cards and access health services without any form of payment.

The free health treatment, according to the Commissioner for Health, Dr Tunde Ipaye, covers all manner of local endemic diseases that contend with the health of pregnant women, mothers and their children.

On the day of the launch of this unique welfare scheme, precisely Monday, July 11, 2016, this writer drew close to some of the pregnant women and officials of the Ogun State Ministry of Health in order to assess the card. It looked like the ATM or National Identity Card. The biometrics of the beneficiaries were captured in the cards. The poor pregnant
women at the event caressed them and offered gratitude to the Governor of Ogun State, Senator Ibikunle Amosun, for a new lease of life.

As residents of Ogun, nay Nigeria go to the polls from this weekend, we should keep hope alive, as things can only get better.

** Soyombo, a media practitioner, sent this piece via
densityshow@yahoo.com 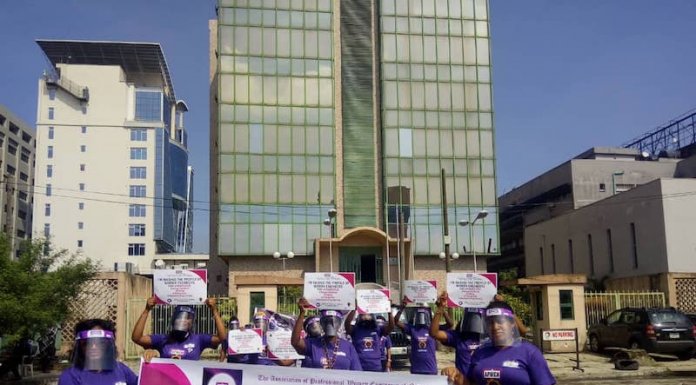 City Have a Point to Prove against Liverpool Today, Says Guardiola

‘As the People’s Parliament, We Keep a Finger on the Pulse of the Nation’