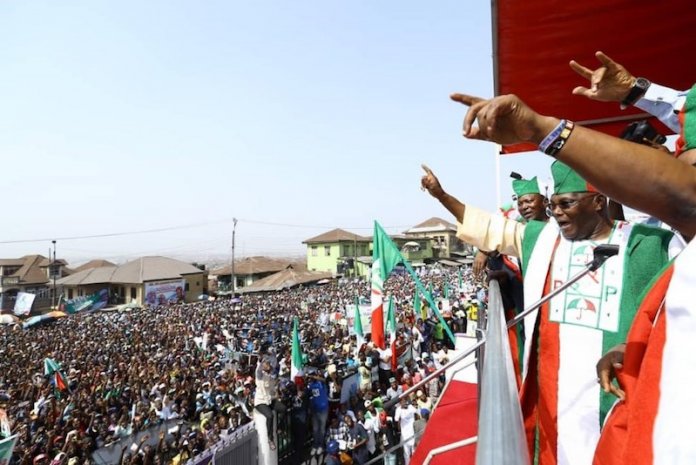 The Peoples Democratic Party (PDP) says the Federal Capital Development Authority (FCDA) has stopped it from using the Old Parade Ground in Abuja for its presidential mega rally scheduled for this morning.

While the PDP Presidential candidate is struggling for venue for its Abuja rally, President Muhammadu Buhari, candidate of the ruling All Progressives Congress (APC) is in Lagos today for a rally, expected to be the biggest in the South-west. However, the initial plan of shutting several roads for the President has been abandoned, following intense criticism by Lagosians.

A statement, yesterday, by the Director of Media and Publicity, Mr. Kola Ologbondiyan, said: “It might interest Nigerians to know that the PDP duly paid and secured permission to host our mega rally at the Old Parade Ground, in Garki Area of Abuja, only for the officials of the facility to inform the party this morning that they have been “ordered” to shut down the venue and frustrate our mega rally for no just cause.”

The PDP alleged that their lockout from the Old Parade Ground was the handiwork of the Muhammadu Buhari Presidency and the APC, describing it as an act of desperation. It stated however that nothing would stop them from rallying in the Federal Capital Territory (FCT).

Ologbondiyan said that “such resort to self-help further exposes the irredeemable insensitivity of the Buhari Presidency and the APC.”

The main opposition party said that Buhari should not allow his handlers to further pitch him against Nigerians with this contemptible shut down of the venue of the PDP Presidential campaign rally in Abuja, stating that it would be a direct assault on the sensibilities and aspiration of Nigerians.

According to him, “President Buhari is frustrated because he has failed in governance and, as such, has no message for Nigerians. President Buhari daily continues to lose followership, in millions, to Atiku Abubakar; for which his handlers have now resorted to renting people for his rallies, including Nigerien thugs.”

He further added: “The overwhelming popularity of the people’s candidate, Atiku Abubakar, which points to an imminent crushing defeat that awaits President Muhammadu Buhari in the February 16 Presidential election, has pushed the Buhari Presidency into a panic mode.

“President Buhari has always been disheartened and jittery over spontaneous mammoth crowd of Nigerians at Atiku Abubakar’s rallies across the country, leading to the desperation to frustrate our rallies, resort to smear campaigns, vandalising of our campaign materials and denial of venues, in APC controlled states, as was the case in Kano state recently.”

But the National Publicity Secretary of the APC, Lanre Issa-Onilu, in a telephone interview with THISDAY last night, said the claims of the PDP on the Old Parade Ground was just the “usual unnecessary noise” by the party and that it lacked any
substance.

He said: “It is not the policy of the APC government to deny Nigerians access to public property. It is so difficult to know when the PDP is saying the truth. In any case, we are not even aware that they are campaigning, not to talk of being denied access to any public property. The Old Parade Ground belongs to every Nigerian.”

Efforts by THISDAY to speak to officials of the FCDA over the sudden shutdown of the Abuja old parade ground were unsuccessful.

A source said the venue was actually not shutdown, but allocated to the FCT chapter of the APC for a function on the same day booked by the PDP.

The PDM’s adoption of Atiku was arrived at after a one-day meeting at the Yar’Adua Centre, Abuja.

Following the apprehension that has greeted Buhari’s presidential rally scheduled for Lagos today, the state government yesterday allayed fears of residents assuring that there would be no road closures as earlier announced.

Lagos State Commissioner for Transportation, Mr. Ladi Lawanson said that unsuccessful the earlier statement announcing diversion and road closure had been reviewed, adding that residents were free to go about their businesses.

Lawanson, who is also a member of the transport sub-committee for the Presidential visit and the APC rally, said Lagosians should jettison an earlier announcement by the committee to the effect that there would be road closures.

He said: “Lagosians have been very apprehensive that there will be traffic gridlock and we got a lot of feedbacks that we intend to grind Lagos to a halt. People are apprehensive; they think we are going to shut down Lagos; they think movement would be restricted and they are bracing themselves for what they anticipate would be the hardship that would be visited on them by the president’s visit and our own activities.

“So, there will not be any road closures in Lagos tomorrow and Lagosians are free to go about their normal businesses tomorrow, Saturday,” Lawanson said. 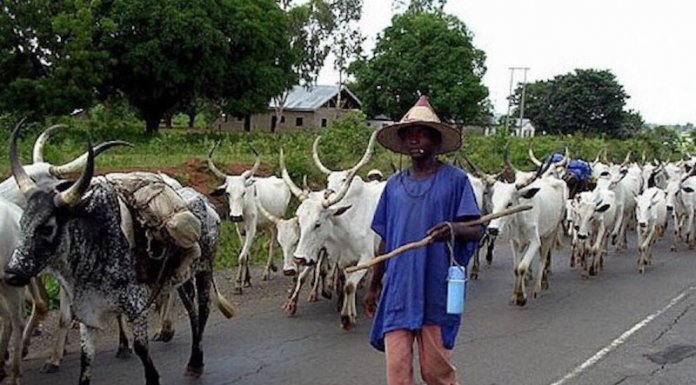