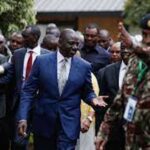 The Presidential Campaign Council of the Peoples Democratic Party (PDP) in Kogi State has accused the Independent National Electoral Commission (INEC) of plans to manipulate the outcome of next week’s presidential and National Assembly elections in favour of the All Progressives Congress (APC) in the state.

The party said the state’s INEC Returning Officer, Prof. James Akpam, was spearheading the process by stroking the embers of ethnicity, mutual suspicion and hate, as well as taking instructions from the state Governor, Yahaya Bello.

In a statement made available to THISDAY Wednesday and signed by the Head, Media and Publicity, Kogi State PDP Presidential Campaign Council, Usman Austin Okai, the party said residents of the state were concerned about the actual intention of Akpam, whom they described as a man of little character and pedigree.

Okai said: “In the last 24 hours, veritable evidence and empirical proof have emerged; all of which lend full credence to our initial submission about the consummation of an unwholesome transaction between the accidental governor and the returning officer. Akpam has accepted a list of over 200 names to be enlisted as ad-hoc staff of the electoral umpire from the governor after receiving a paltry N10M and some sacks of local rice.

“We have confirmed without fear of contradiction that the identity of individuals who make up this list have been finally revealed alongside their full addresses in Okene, Okengwe, Ageva, Ajaokuta, Ejule, Ihima, Idu and Adavi, just to list a few.”

He said even though the presidential council was uninterested in the numeric strength of the ad-hoc staff since they would meet their match in the people of Kogi State, the party takes exception to the fact that every single individual on the list was a member of a particular ethnic group domiciled in Kogi State.

Okai emphasised that PDP was fully aware that the entire ad-hoc staff recruitment has been hijacked by the state government in concert with the Resident Electoral Commissioner of the state.

“The council recognises that the agents of destabilisation are only clutching to straw. We note that they have activated their panic mode, otherwise there will be no need to hijack the recruitment of ad-hoc staff for the purpose of padding the list with individuals from just one ethnic stock over whom they have absolute control.

“If nothing else, this is the strongest confirmation that outside their comfort zones which is limited to only government house, the obscure waterfront areas, the various militant training camps in Kogi State, the rocky hills that dot the landscape of Kogi and the various forests in the state where their cache of weapons are stored, the promoters of ethnic rivalry, mutual distrust, hate and violence have lost support.”

He therefore called on the National Chairman of INEC, Prof. Mahmoud Yakubu to immediately overhaul the ad-hoc staff recruitment process in the state, adding that this will serve as proof that he has not drank and will not drink from the poisoned chalice of the Kogi State government.