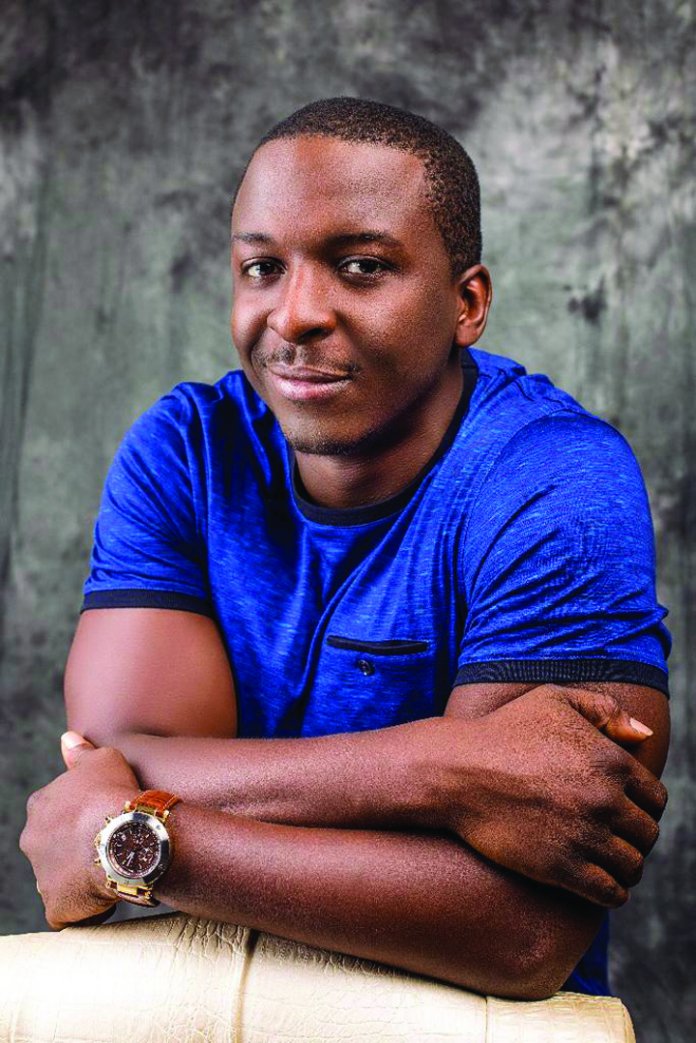 Remarkably sound, with marked enthusiasm about his acquired business success, and profundity of life, Uchenna Harris Annie-Okonkwo leaves much to be desired, even as a fresh politician and son of a prominent Nigerian, writes Ferdinand Ekechukwu

He tows his father’s accomplished footpath first in business and now venturing into politics. His success was not wholly defined by him being the first child of his parents. It was shaped and determined by virtues as being earnest, humble and resilient and driven by an aspiration for a better surrounding and inhabitable community. Sitting atop a privileged position at a multidimensional conglomerate with unassuming and tactful disposition, his managerial position oversees responsibilities that are met decidedly in commodity trading, specialising in fast moving consumer goods, with significant interest in oil and gas, mining and manufacturing.

From a private point of view and the peculiar Nigerian challenges, Uchenna Harris Annie-Okonkwo is on a strong footing, piloting the affairs of the company as the Executive Director. “We are graciously doing well,” he says for sure, “we have done very well in our areas of chosen interests.” A native of Ojoto in Anambra State, he grew up partly in Aba and Lagos, where he completed his secondary education before moving to Canada for higher studies. Today, he has double honours in Political Science and Philosophy, a qualification good enough to steer him in his new venture and capped with a separate degree in Professional Writing and Strategic Communications.

His company Topwide Ventures Limited has successfully been in business since 1996. Thanks to his father Senator Annie Okonkwo, “my dad was first a successful businessman before a politician, so the influences run appreciatively concurrently. Growing up too was delightful by virtue of my mother’s inspirational stature. Her moral regimen was and continues to be a well of vintage wisdom. . . So between them, my education and all the people I have met and read about, my philosophy of life is already cut out to add my bit to uphold humanity through service by examples.”

No doubt a successful business entrepreneur by virtue of his family background, why venturing into politics? His reason is quite relatable. “If you are in a position to assist, help or change the course of events that brings succour to people, you cannot sit back and fold your alms and keep watching things being done in an irrational way and manner. Between our basic governance architecture, that is, the leaders and the followers, there has been a cascading defect in the leadership cadre. There are so many irregularities, inconsistencies and inefficiencies that have trapped our system into regression. We must as a collective, do something about it and one sure way is getting involved; getting involved by offering yourself for service through election .”

He may not hold much of an achievement in grassroots but have modestly done lots of poverty alleviation programmes which he doesn’t see as an accomplishment, but rather normal civic philanthropy. Adding that he feels fulfilled and excited whenever he visits the orphanages or render help to people. According to him, “It’s actually one of the reasons that propelled me into politics in order to possibly increase the scale of the lives I touch and will surely touch.”

Waxing philosophical, the young Annie-Okonkwo postulates. “You cannot prescribe drugs to a patient in the theatre from the balcony. Nigeria is a precarious political patient in the theatre and every concerned citizen should get involved to restore her or risk her being rested. I have therefore chosen the former and take my going into politics as a call for national duty, aware of the overarching need to objectively demonstrate a capacity for public good especially representing my people of Idemili North and South at the Federal House.”

He is well set out with a definitive mindset in his ambitious political stride to represent his constituents and offer probable solutions however similar it seems. “I see the same similarity here. Even though everyone has his own mindset in terms of what progressive development should be. But for me given my exposure and mindset, I see it further than bare average. I feel the need to go beyond familiar tokenism to offer vibrant service centered representation to a people that deserve more but continually gotten less. In my zone of Idemili North and South Federal Constituency of Anambra State, I have seen and studied the situation on the ground.

“Our people need inspiration that connects to reality, a hope that builds consensus, actions that generate results.  My holistic agenda is purely captured in the simple phrase of my campaign thread ‘Together for Everybody, Service to Everyone’. It’s a clarion beckon to everyone as principal stakeholders in the political business of representation, not a transaction exchange that comes handy every four years. I and My Teamwork group have carefully cased up our needs and I will do everything within me to make sure that these researched alleviation methods are practically made elementary in a sustainable manner.

“Infrastructures that unbutton self-empowerment, ideas that unlock creativity, attitudes that incubate trust will all be in the works for the most harnessed representation our people deserve and should get. We will not only get things done, but show people that things are not as complicated as the way vote traders have skillfully always presented it to them. You have to escalate actions above the basics which imply that you have to take steps from day one to move your people forward. It is as simple as doing it not excusing it. And you know what? The magic of plenty actions will come from the abundance of our youth’s vitality, their reinforced determination to be involved and increasingly in charge.”

Annie-Okonkwo holds many thanks to global influencers like the French President Emmanuel Macron who was blunt in his message to the youths that their most important assignment should be to get “involved in their politics.” To him, it is a major morale boost to everyone and every youthful individual, to unleash their exuberance, tenacity and genuine purpose into politics. That way he believes the youths can get in line to transit from being gratified as leaders of tomorrow and as leaders of today for a better generation next.

With a plain resolve that he will along side with every interest mate pursue restructuring totally and hopefully, “we can achieve it. The youths will work better for their constituencies as more elastic stakeholders.”