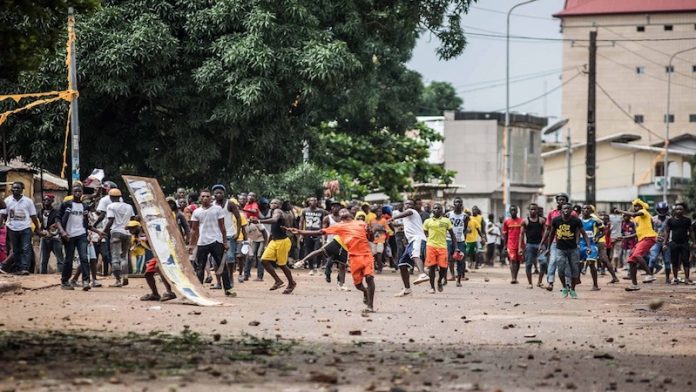 The Association of Amalgamated Commercial Motorcycle and Tricycle, Owners, Repairers and Riders Association of Nigeria (ACOMORAN), has warned its members to desist from being used as political thugs ahead of next month’s general elections.

President of the Association, Alhaji Babangida Shehu Maihula, gave the warning, yesterday at a press conference during the association’s mini convention, held in Abuja.

Maihula noted that the convention, with theme, ‘Redefining ACOMORAN’ was to address some certain issues as it affects its members.

According to him, “We want to make an appeal to our members that, as elections draw nearer, they should not be used for political thuggery.

“You see, ACOMORAN is a non-political organisation even though during a period like this, we become a beautiful bride for the politicians to be coming after us but we have  not decided, and we are not going to decide until we are sure that whomever we are going to work with will be able to address the peculiar needs of our members which reflect on empowerment, and certain things that we will demand from them to do.

“Promises made by politicians in the past to empower our  members and put in place policies that will benefit low income earners have not been fulfilled. And as such, we have not decided whom we will be voting for in the forthcoming  elections.

“We are going to talk to the leadership now to make sure that the message gets to the grassroots that no matter what happens, none of our members should be used for political thuggery and massive votes will go solemnly to whom we decide to vote.

“There is always a promise that they can do it, but we are yet to see it. Though we understand the political dynamics of what is in the country now given the financial status of the country, but still yet, we are saying for us to give our votes, we need an assurance from the government to empower our members.