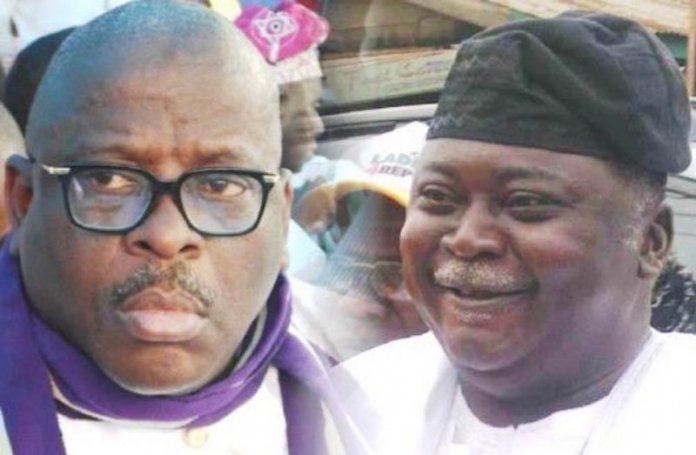 Justice Ajoke Adepoju of an Abuja High Court on Monday dismissed the suit filed by a member of the House of Representatives, Hon. Oladipupo Adebutu, challenging the nomination of Senator Buruji Kashamu as the governorship candidate of the Peoples Democratic Party (PDP) in Ogun State for the March 2, 2019 governorship election.

Justice Adepoju in dismissing the suit held that the plaintiff, who was nominated by the National Working Committee of PDP for the governorship election, cannot maintain his suit against the defendants because the primary election that produced him was conducted in violation of a subsisting court judgment.

Delivering judgment in the suit filed by Adebutu challenging the refusal of the Independent National Electoral Commission (INEC) to accept his candidacy, the judge held that the PDP National Working Committee acted in bad faith by disregarding a subsisting judgment of a Federal High Court to produce the candidate.

The court said that since PDP was a party in the judgment of the Honourable Justice Ibrahim Buba, the judgment of the court was binding on it and must be obeyed and respected so as to protect the sanctity of court in the interest of the rule of law.

Justice Adepoju held that the PDP National Working Committee cannot hold valid primary election without a recourse to the Ogun State chapter of the party or outright approval of the party until the judgment against it by Justice Buba has been set aside by a higher court.

Justice Adepoju said that Hon. Adebutu’s case cannot be maintained to declare him a governorship candidate because the PDP National Working Committee which conducted the primary election that produced him as a candidate last year did so in violation of a judgment of a Federal High Court delivered by Justice Ibrahim Buba.

The Judge said that she arrived at the conclusion because of the need for sanctity and judgments of courts to be protected by parties or individuals, adding that PDP did not do well by disobeying the judgment of Justice Buba with the way it conducted its primary election in Ogun State last year.

Justice Adepoju said that although Hon. Adebutu was able to establish that his own primary election was conducted by the appropriate organ of PDP but that he was not entitled to be declared the candidate because of the circumstances that surrounded the conduct of the primary election in breach of a judgment that has not been set aside.