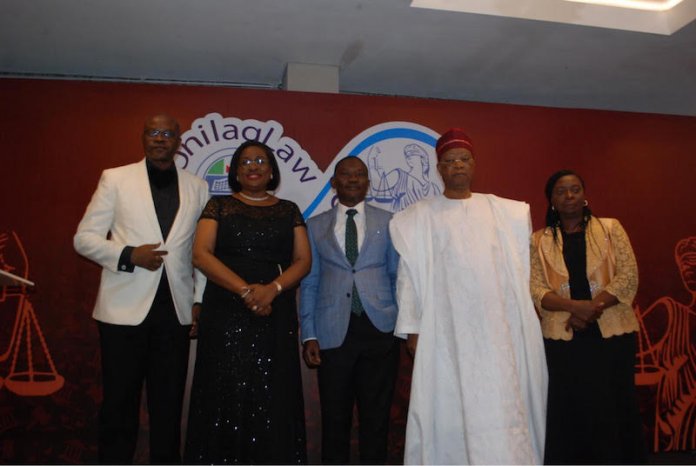 Sunday Ehigiator who covered the maiden reunion of the University of Lagos Law class of 1986, writes that it was an opportunity for the old students to reflect on the legal system and the need for a paradigm shift in access to justice and judicial reforms

The banter was loud as laughter flowed. Palpable excitement rent the air mixed with the sweet melody from the professional saxophonist, whose job it was to get everyone entertained and relaxed. Coupled with the good music, assorted dishes were being feasted on and washed down with champagne. This was the overall ambience at the maiden reunion of the University of Lagos (UNILAG) Law class of 1986.

Held at the Radisson Blu Hotel tucked inside Ikeja GRA, Lagos, the class of 86 tagged the soirée ‘Lagos 2018 Reunion’, to celebrate the first time of coming together 32 years after leaving the prestigious citadel of learning. It was a plus that despite the reunion being the first time all their paths crossed after graduation, their togetherness was sacrosanct.

The occasion had Vice President Prof. Yemi Osinbajo as the keynote speaker. He was ably represented by Dr. Aina Salami, while the Founder and Chairman of Juli Pharmacy, Prince Julius Adelusi-Adeluyi; also a member of the set, chaired the reunion.

Suffice to say that it was a gathering of men and women of timber and caliber, who has risen through the ranks and are at the apex of their respective careers after giving their all to the progress of the nation.

The uniqueness of this set not only lies in the fact that they had gone through the tutelage of renowned academia in their time as undergraduates such as the vice president, the first Female Dean of the Faculty of Law, UNILAG, Prof. Chioma Agomo; Prof. Ayo Atsegbua, Prof. Peter Fagam, and the first and only Distinguished Professor in UNILAG Faculty of Law, Prof. Taiwo Osipitan (S.A.N), amongst others, who were all present at the occasion, but the fact that they have had the privilege to produce personalities such as state governors, deputy governors, justices, royal and traditional leaders, judges (both home and abroad), heads and former heads of parastatals, ministers, clergy, major generals, commissioners, federal and state permanent secretaries, Senior Advocates of Nigeria (S.A.N), and entrepreneurs, who have all contributed immensely to the growth and development of this nation.

In her welcome address, the Reunion Committee Chairperson, Chief Lizzy Nwagbara, who started her remarks with a minute silence in honour of the departed among them, said the auspicious occasion was a long awaited step towards involving almuni’s of the faculty to join in solidarity for the growth of the faculty.

She said: “This reunion is a celebratory occasion for kind and affectionate words full of appreciation, gratitude and love towards each other and to the almighty God for granting us life and grace to gather together once more in our life time, after 32 years of graduating from UNILAG class ’86.

“The idea and plan to have a reunion of this nature have been discussed severally over the years, until recently when the six senior advocates in our class took pro-active steps to provide basic funds, which eventually lifted the spirit of a possible event; and here we are today. The contributions and responses by our class members both home and abroad have been unparalleled and overwhelming. You have all proven that we can work together, even after 32 years of being apart.

“It is a thing of joy to note that 32 years after, we are fortunate to be gathered here tonight to celebrate and remember our time together as classmates, and friends at the faculty of Law UNILAG. On behalf of the planning committee, I thank you all for being here. Your presence will enrich the entire reunion experience for all of us”.

Speaking on the core objectives of the reunion, the president of the class Mr. Shola Abidakun said: “Standing here, I have not seen some people since the past 32 years, and that is one of the core objectives; for us to be able to come together and meet ourselves, the way we have seen ourselves. It has been a fantastic feeling seeing you all. After meeting together, we feel we need to give back to our faculty and our school. For the past 32 years, we have not been able to have not been able to have this kind of opportunity.

“Incidentally, our Distinguished Professor, Osipitan, sent a letter to us that they were in need of some infrastructural development at the Law annex of the school; we will take that up. But most importantly, we were thinking that it is possible for us to institute an endowment fund for the best graduating students in our faculty. We are fortified by this objective because, in all the newspaper that we have been seeing, we read that, out of the students presented by the faculty, at the law school, 22 of them had a first class.

“It’s a feat that is worthy of celebration. I can assure you that while we were there, most of the things we were taught, we still find it very relevant as of today. And these are the core objectives of today’s gathering. Thank you very much distinguished ladies and gentlemen, I appreciate your coming”.

Call to Reform the Judiciary

In his speech, the Chairman of the occasion, Founder and Chairman of Juli Pharmacy, Prince Julius Adelusi-Adeluyi, identified himself as the oldest of the class of ’86, before going further to challenge his old classmates to use their position as lawyers, judges, SAN’s and honourable justices to reform the judiciary system, most especially, the delay in the process of adjudication of law in Nigeria.

After narrating the case of a boy who was arrested alongside some hoodlums by the police at Ikorodu axis of Lagos State, while he was age 12, and didn’t regain freedom till 23 years after because of poverty, he said: “there are many of such cases in the country we are today. And this is what we as lawyers need to stand up against. A nation that has strong lawyers is a fortunate one, while that which has weak lawyers, is an unfortunate one”.

In his speech, the vice president, who was represented by Salami expressed deep regrets from his principal who couldn’t make it to the occasion due to urgent national matters. He however congratulated the class for the bold step taken in achieving the reunion. In his piece tagged ‘The need for lawyers to get more involved in war against poverty’ he said: “Poverty is a very prevalent thing with us now in Nigeria. Poverty has been said to be the ultimate abuse of human rights, and denial of access to justice has been said to be an affront to the rule of law.

“A society cannot therefore enjoy the fullest aspiration for the rule of law, where poverty thrives. As lawyers, we have a major role to play and do something about poverty, through the law and socio justice. Even beyond CSR. The responsibility is very strong on us because lawyers are noted to create framework and environment for things to thrive. There is a need for us to have a paradigm shift in doing this.

“Because, generally, lawyers are trained in the hardcore in the principles of hard law, but we are talking about soft law issues and principles that would ameliorate the sufferings of the poor”.

In an Interview with THISDAY afterwards, a former lecturer of the class and the first Female Dean of students of the faculty of Law, University of Lagos, Prof. Chioma Agomo said, “When they came in, I was still very young in the system. Now they are all grandparents. We have always had a very open and cordial relationship. And the unique thing about them now is that they are very successful, creative and diverse in their ways.

“They are people that you can reckon with in the society. I can’t describe the euphoria of seeing them tonight. Some of them, I haven’t set my eyes on them in a long while and I find it difficult to recognise them. What we are trying to promote tonight is mentorship. They should be a source of mentorship and inspiration to the current students in that faculty. If they can make it, then the current students too should know they also can”.

Just as special awards were being giving to the vice president and some other invited guest at the program, the class president, Mr. Shola Abidakun, in his interview with THISDAY, said “We graduated from the faculty of Law University of Lagos since 1986, and we have not had the opportunity of meeting like this, till we decided to have a reunion.

“As you can see the banters, the friendship, and joy in the air, it shows how much we have missed each other. Most of us are in the diaspora, some of us are judges, and we have been able to meet ourselves and chart a new way to move ahead. As it is evident, we have always been very supportive of each other’s dreams and aspirations, which is why a lot of us are highly placed in the society today. And I am so glad that we are going to be giving back to our Alma Mater this moment on”.