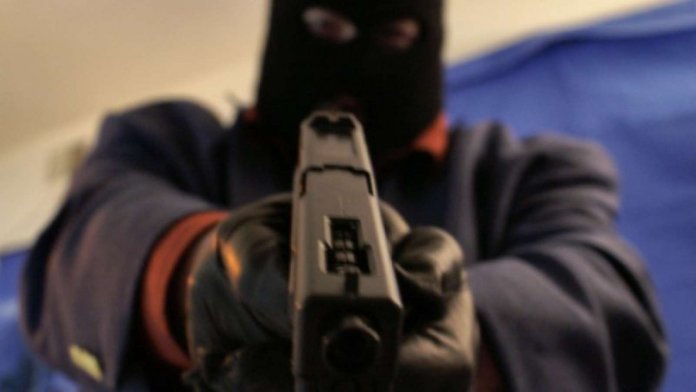 Benue State chairman of the Nigeria Labour Congress, Comrade Godwin Anya, was Tuesday attacked by some unknown gunmen, believed to be armed robbers, in Makurdi.

Anya, who made this known to newsmen on phone, said he could not lead the protest by the NLC in the state over minimum wage because of the robbery attack in which his wife was shot.

The NLC chairman said he had travelled to his village in Ushongo to celebrate the Christmas and New Year when they were attacked by the robbers.

Narrating how the incident occured, he said at about 12 midnight, the entire family gathered in his house for prayer to usher in the new year when more than five gun men stormed the premises. He said bulk ĺquickly switched off the light from the main control and shot as the bullet hit his wife.

“They led me to the bedroom and collected over 750,000 naira meant for my children’s school fees and all our handsets. I have reported the incident to the Ushongo Divisional Police officer”_ Anya said.

Anya was represented during the protest by the State Chairman Joint Negotiation Council 1, 2 and 3, Comrade Ojotu Ojemu who urged the governor to ensure that the robbers were apprehended.

He also called on security agencies to protect the lives of labour leaders in the State.
He noted that the new minimum wage of 30,000 was lawful and long overdue.

The national President of NLC, Comrade Ayuba Wabba, represented by Dr. Success Leke. National auditor of the inion, advised Governor Samuel Ortom to prevail on his colleagues to implement the new minimum wage.

Governor Ortom who sympathised with workers over their plight said if given the capacity, he will not hesitate to implement the new minimum wage.

‘I wish to call on the federal government to review the revenue sharing formula. For my administration, I am committed to prioritising payment of workers’ salaries and this is exactly what we are doing’, Ortom said.