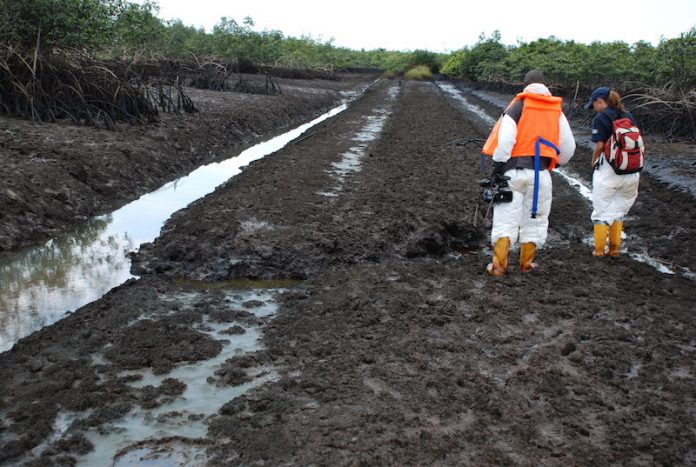 “What sort of country is this that delights in the killing of its illustrious citizens? What have I done to deserve death? Only that I spoke the truth and speaking for the rights of my people? If it be that my death my people can be free, Lord allow me to die. Take my soul, but the struggle continues.”
These were the agonising words of late Ken Saro-wiwa, one of the charismatic leaders in Ogoniland, River State. He was killed by the Military government of late General Sani Abacha in November 10, 1995, for standing up against environmental degradation in the Niger Delta.

Since the death of Saro-wiwa and nine other Ogonis in the Port-Harcourt prison 23-years ago, the dreams and aspiration of their struggle have not been realised. It has remained a mirage. Some indigenes of the community have also continued to express displeasure that the requirements and provisions of the Ogoni bill of right have not been fulfilled.

There was also a section of the public who felt the crack in the Movement for the Survival of the Ogoni People (MOSOP) have not allowed the MOSOP to pursue the interest of the Ogoni people. In spite of these, the agitation struggles have continued, like a blazing fire.
Between 2009 and 2010, the federal government in its efforts to address the agitation in the area, embarked on a scientific research. They inaugurated a United Nations Environment Programme (UNEP) to undertake an environmental assessment of Ogoniland.

At a recent advocacy meeting in Lagos, organised to examine the roles of the CSOs and NGOs in the Ogoniland clean-up efforts, the issue was once again brought to the fore, to examine the progresses recorded in the clean-up exercise on the part of the federal government, the oil companies, the challenges faced and key policy recommendations.
Speaking at the event, the Head, Environment and Conservation Centre for Environment Human Rights and Development, (CEHRD), Dr. Kabari Sam, noted that the key issues contained in the UNEP report was that Ogoniland was contaminated and that the contamination has affected livelihood, adding that it has also affected the farming and fishing practices of the people.

He also stated that the report enumerated a lot of social defects as a result of the contamination in the land.
Sam, maintained that what was striking in the recommendations, were the environmental defects, and added that as part of the recommendations of the report, government established Hydro Pollution Remediation Project (HYPREP).
He described HYPREP as a special agency of government mandated to undertake the remediation or implementation of the UNEP report, stating that there were a number of things in the report that the federal government did not do before handling over to HYPREP “and one of such, was the establishment of Ogoni restoration agency.”
“Government thought of establishing an agency which will have roles in other States. They then decided to setup the Hydro Pollution Remediation Project (HYPREP) which is HYPREP.

“In government understanding that is not an agency, it is a project and so it does not have a legal backing. Therefore, the responsibilities of HYPREP are gazette. The next government can come and say that HYPREP is not our attention, so they would push it aside and do other things.
“In terms of the Ogoni, what we have is the Ogoni bill of right, and environment is just aspect of the bill of right. At the moment, we cannot say that what Ken Sarowiwa and other nine died for is in vain because we are seeing the political will from this present government that they want to clean-up Ogoniland,” he noted.

Emergency Measures
In the emergency measures, there are eight emergency requirements which were supposed to be implemented quickly. This was supposed to be in 2012 when the UNEP report was released, but was not implemented, because there was no HYPREP or an agency of government to implement it. Moreover, government was in the process of developing a white paper.

One of the requirements of the emergency measure was the need to ensure that all drinking water wells where hydrocarbons were detected are marked and that people are informed of the danger.
Another requirement centred on the premise that people in Nsisioken/Ogale who have been consuming water with benzene over 900 times the WHO guideline are recorded on a medical registry and their health status assessed and followed up.

On his part, Sam argued that the emergency measure lingered until 2013, when the former President Goodluck Jonathan administration developed its own HYREP which brought in tanks to some communities, distributed some water tanks, but there was no water in those tanks and everything ended.
He remarked that the new HYPREP under President Muhammadu administration embarked on water reticulation, stating that reticulation is about understanding where the pipe passes, the operational conditions of the pipes, if they are they rusty and if the pipes are free for water pass through.

He said: “The main thing they were supposed to achieve was the provision of potable water in local communities. So water reticulation could be long-term plan, if you want to provide a sustainable structure for the provision. But while you are doing that there should be a plan to ensure that people will get potable drinking water, so that at least people that are one dose to having cancer, can break that chain and not cancer, because they would now access to potable drinking water. That is also not been done.

“It is the responsibility of government to safeguard lives and property and one of the things you have to do to safe guard lives and properties, is to provide water. It is basic for people to have access to potable drinking water. So if what you have to do is to truck water in the short term, to ensure that people have access to potable drinking water, we expected that, that should have been carried out by HYPREP.”
Presently, HYPREP is in the process of developing a very comprehensive work plan for to assist people who are drinking polluted water in the community, “which is one of the emergency measures.”
Sam espoused that another emergency measures was supposed to be health, but instead of doing health audit, HYPREP did health outreach.

The Head CEHRD, said the difference between health outreach and audit is that in health outreach, people are diagnosed, if they have malaria; they are provided with malaria drugs, and if they need to be operated, then a surgical operation is provided for them.
He explained that in health audit, you take blood sample from people with a guided plan, then you analyze the blood samples for traces of heavy metals.

He noted that for over a long period of time, the audit would provide an opportunity to diagnose the illness a particular community and the root cause of the illness.
He said: “health audit is not only to test people and find out if they have malaria, you can do health audit to build trust, and you can do it as a community entry.”
“We supposed to test water in Ogoni land to see if they still contain contaminations. In all polluted sites in Ogoni, were supposed to have to have a signboard stating don’t drink, don’t swim, don’t use this water even for washing. We don’t have that in place; we only have a few communities where the previous HYPREP previous HYPREP posted some of those billboards.”

Current situation of the Ogoni Cleanup
In terms of the current situation in the Ogoni cleanup efforts, Sam explained that HYPREP has awarded the cleanup contracts to 21 firms on October, 2018.
He added that 13 sites in the first phase were apportioned into 21 lots, pre-qualified for the clean-up were over 100 companies, and there is need for development of Key Performance Indicators (KPIs).
He further stated that the remediation work ensures that HYPREP would carry out the clean-up in two phases in order to address 26 sites in these phases.

He urged the media to ensure that they provide the public with the profile of the 21 companies which HYPREP awarded the contracts to, noting that the magnitude of contamination in Ogoniland is not something that is awarded to a first timer, “it is not clean-up, it is remediation, it is what you demonstrate capacity to do.”
According to him, “The clean-up is in three phases. The UNEP report stated that it is going to take 25-30 for us to achieve the clean-up. HYPREP is not doing clean up, but because of the name tag we call it clean up. What they should be doing is remediation and restoration. In terms of remediation, HYPREP has not started remediation, and clean up. They have given contracts to 21 firms.
“The media should do a profiling of those companies to see their abilities and capacities. There are a lot of things indigenous companies can do such as demonstrating capacity in remediation projects before they are given remediation projects. Before now, there was a pilot site where HYPREP said if you have the technology come and pilot it.

“Those were conditions which HYPREP also considered. What is the probability of dig and dump? it is even more than one because we don’t have where to take the wastes to, so it is a serious problem. Once they start the remediation in January, you have to build a site where you take the wastes to.

“It is a serious problem. In the UNEP report, they recommended an integrate management centre and that centre was supposed to be built, but HYPREP was planning for governing council and board of trustee; so that by time you are done with your structures, you want to start the clean-up, there is a well prepared environment that take the waste.

“The centre will at least 18 months to build and that is when we want to import everything. If we want to patronise local industries to fabricate some of the parts, it will be double the 18 months period. The media should ask for HYREP work plan.” 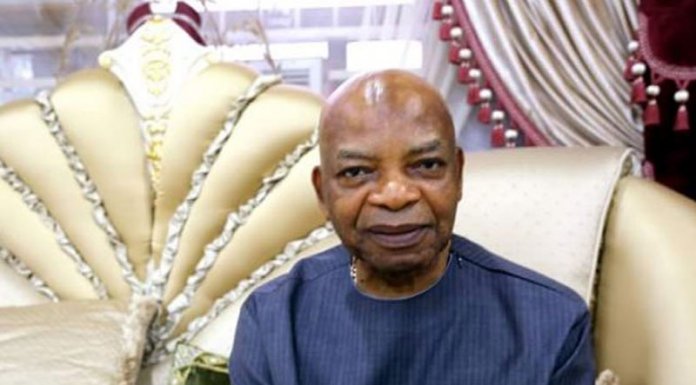