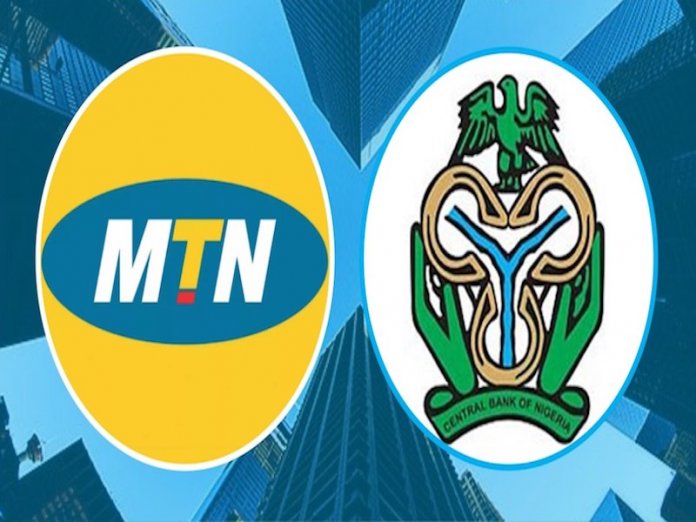 Insists there were infractions but assures investors of integrity of CCIs

The Central Bank of Nigeria (CBN) yesterday said it had reversed its sanction on MTN Nigeria Limited, imposing a refund of $8.1billion the telecom company had remitted abroad in violation of foreign exchange remittances law of the country.

The MTN also confirmed this development in a statement yesterday.

The CBN had in August, directed MTN Nigeria to reverse repatriations valued at $8.1 billion done on its behalf by four commercial banks between 2007 and 2015 on the basis of Certificates of Capital Importation (CCIs), which were alleged to have been irregularly issued to MTN Nigeria.

The Director, Corporate Communications, CBN, Mr. Isaac Okorafor, explained that following the keen interest shown by various stakeholders, sequel to the regulatory action, the CBN committed to engage further with MTN with a view to achieving an equitable resolution.

He said, “Consequent upon the above, MTN Nigeria, led by its Nigerian shareholders, held intensive engagements with the CBN in the course of which it supplied additional material information, not previously offered to the bank, satisfactorily clarifying its remittances.

“Having now reviewed the additional documentation provided by the company, the CBN has concluded that MTN is no longer required to reverse the historical dividend payments made to MTN Nigeria shareholders.”

However, the CBN maintained that it identified that the proceeds from the preference shares in MTN Nigeria’s private placement remittances of 2008 were irregular having been based on CCIs that were issued without the final approval of CBN.

According to him, “The CBN and MTN Nigeria have mutually agreed that the aforementioned transaction be reversed notionally to bring it into full compliance with foreign exchange laws and regulations.

“The parties have resolved that execution of the terms of the agreement will lead to amicable disposal of the pending legal suit between the parties and final resolution of the matter.

“The CBN assures foreign investors that the integrity of the CCIs issued by authorised dealers remain sacrosanct. Potential investors are encouraged to take advantage of the enormous investment opportunities that abound within Nigeria.”

On its part, South African-based parent company of MTN Nigeria, in a statement, said MTN Nigeria held various engagements in order to find an equitable resolution to the matter.

It disclosed that series of meetings were held in Lagos with CBN officials last month.

At these meetings, MTN Nigeria was said to have provided additional material documentation which satisfactorily clarified its remittances.

It said, “The CBN upon review of the additional documentation concluded that MTN Nigeria is no longer required to reverse the historical dividend payments made to MTN Nigeria shareholders. “However, the CBN maintains that the proceeds from the preference shares in MTN Nigeria’s private placement remittances of 2008 of circa $1 billion were irregular having been based on CCIs that only had an approval-in-principle, but not final regulatory approval of CBN.

“This is on the basis that certain certificates of capital importation utilised in the private placement were not properly issued.

“MTN Nigeria and the CBN have agreed that they will resolve the matter on the basis that MTN Nigeria will pay the notional reversal amount without admission of liability. “In terms of the resolution agreement, the CBN will regularise all the CCIs issued on the investment by shareholders of MTN Nigeria of circa $402,625,419 without regard to any historical disputes relating to those CCIs, thereby bringing to a final resolution all incidental disputes arising from this matter.

“MTN Nigeria relied on certain commercial banks to ensure all approvals had been obtained prior to the CCIs being issued and to ensure the CCIs were properly utilised in the private placement.”

Furthermore, it stated that MTN Nigeria would be engaging with the banks in relation to the issues dealt with in the resolution agreement.

Shareholders were, however, advised that the legal process initiated by MTN Nigeria for injunctive relief restraining the Attorney General of the Federation (AGF) from taking further action in respect of its orders for back taxes is continuing. MTN said, “The AGF matter came up for initial mention before the Federal High Court of Nigeria Lagos Judicial Division on November 8, 2018 and has been adjourned to February 7, 2019.

“MTN Nigeria continues to maintain that its tax matters are up to date and no additional payment, as claimed by the AGF, is due, and consequently no provisions or contingent liabilities are being raised in the accounts of MTN Nigeria for the AGF back taxes claim.

“As a result of the above, shareholders are no longer required to exercise caution in dealing with the company securities.”