Ahead of the 2019 general election, the Civil Society Joint Action Committee, a coalition of civil society organisations, has warned against likely election and post elections violence in 20 states.

The Senior Team Manager for the Africa Programme of the Open Society Justice Initiative, Chidi Odinkalu, while briefing journalists in Abuja, said the rise in violent killings across Nigeria in 2018 is a cause to worry as the country is yet to record a single week in which multiple violent killings are not reported.

He said: “According to Nigeria Watch, between June 2006 and May 2014, there were about 915 cases of election violence resulting in about 3,934 deaths; the North-central recorded about 1463 deaths; 911 deaths were recorded in Northwest; 644 deaths in the South-south, while 319 and 386 deaths in the Northeast and Southwest respectively.”

He explained that based on the factors stated, they are alerting all stakeholders in Nigeria to the states, which from their assessment will likely experience electoral violence in 2019.

He added that the assessment was informed by the fact that these states have unresolved violent crises which have high tendencies to escalate during and after the elections.

“The insurgency in the North-east region, the worsening banditry in Zamfara State, the herdsmen and farmers crises in the Benue State valley, the violent attacks on Shi’ite Muslims in and around Abuja, resource control violence in the South-south and South-east regions of the country, the rise in deadly gang and cult activities everywhere, including the South-west and more, the proliferation of small arms and light weapons across the country are indication of violence. This lethal combination of unabated violence; access to weapons and Nigeria’s propensity for turbulent and fiercely contested elections do not augur well for peace in the 2019 elections,” Odinkalu said.

He highlighted that this month has recorded 209 killings which is an indication of the fact that not only have the killings continued to rise almost unabated, but also that the security institutions have failed again to ensure that their perpetrators are brought to justice.

The organisation leader lamented that the federal government and the security forces have been ineffective in checkmating the swats of cyclical violence, adding that one sure guarantor of peaceful elections is to ensure that both the perpetrators and sponsors of violence in Nigeria are accounted for and punished.

The Executive Director, Progressive Impact Organisation for Community Development, Okhiria Agbonsuremi, called on all security agencies especially the police to do their work in a thorough professional manner and also the government should ensure that security agencies are adequately equipped and morally boosted to contain ongoing violence, safeguard lives and property as well as ensure free and fair elections devoid of violence across the country.

“The problem with Nigeria’s elections have historically been with the collation and counting, not the voting. We insist that Independent National Electoral Commission (INEC), security agencies, the candidates, their parties, the citizens and partners must put this right, and should their candidates lose, they should accept it in good faith. We are particularly keen to see greater participation of women, youths and people living with disabilities in this election,” he stated. 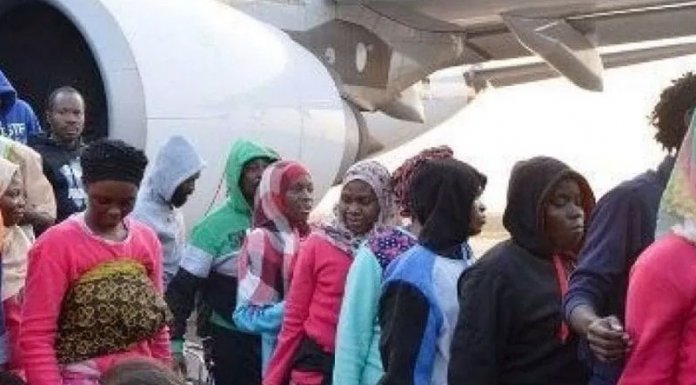