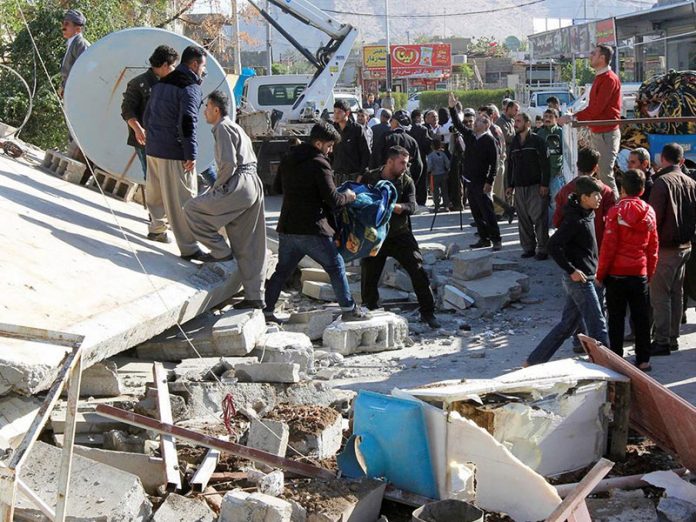 A 6.3 magnitude earthquake on Iran’s western border with Iraq injured more than 600 people, most suffering minor wounds, state television said on Monday, but no fatalities has been reported.

The Sunday night earthquake was felt in at least seven provinces of Iran, but most strongly in Kermanshah, where in 2017 600 people were killed and thousands injured in Iran’s deadliest earthquake in more than a decade.

“The number of wounded people has reached 646 … Most of them were not hospitalised because of the slight injuries,” media quoted officials as saying.

The head of Iran’s Red Crescent Society Mahmoud Nasab told TV that there were no fatalities.

Fears of aftershocks forced many people to spend the night out in the streets in cold weather.

The quake triggered landslides in some areas, but Iranian authorities said rescue teams had access to all towns and villages.

Iran sits astride major fault lines and is prone to frequent tremors.

In 2003, a 6.6 magnitude quake in Kerman province killed 31,000 people and flattened the historic city of Bam.

Sunday’s tremor was also felt in Kuwait and the Iraqi capital Baghdad as well as in Erbil in the Iraqi Kurdistan Region and other Iraqi provinces, but no damage was reported. (Reuters/NAN)