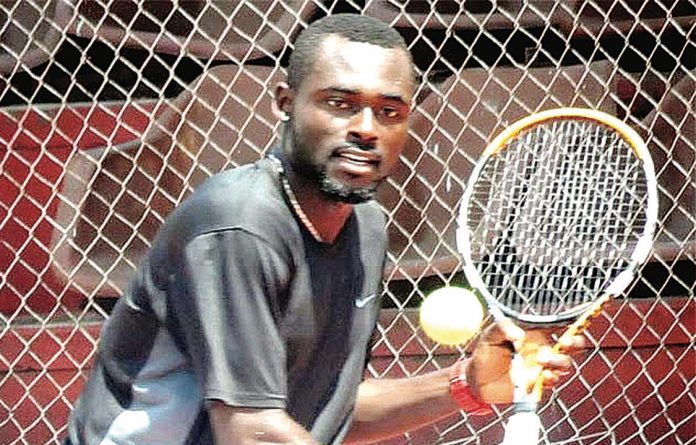 Atseye beat youngster Abayomi Philip 6-2, 6-3 to book a second round berth against the winner of the match between Chinedu Iwuagbu and Charles Nwandu.

The men’s match on Centre Court saw Abuja-based Atseye, dictating the flow of the game despite the tricks up the sleeves of the national junior player.

Top seed and 2017 finalist, Joseph Imeh also pull through to the second round with a 6-2, 6-2 win over qualifiers, Franklin Ronald same as Sylvester Emmanuel , the second seed who proved too much for Isaac Attah 6-1, 7-5.

The Rainoil-sponsored Emmanuel, made a shock second round exit last year, but he showed why it would take something special for him to be stopped on his track to seal the game despite a late fight back from Attah.

The first round of matches in the men’s singles go with the seedlings with Lawal Shehu brushing aside David Dawariye 6-2, 6-1. Emmanuel Idoko also progressed to the second round.

Former Nigeria number one player, Thomas Out, also moved to the second round by beating Aliyu Idris 6-2, 6-4.

Albert Bikom defeated John Dickson to join the second round train and he will face Peter Lawal for a place in the quarterfinal on Wednesday.