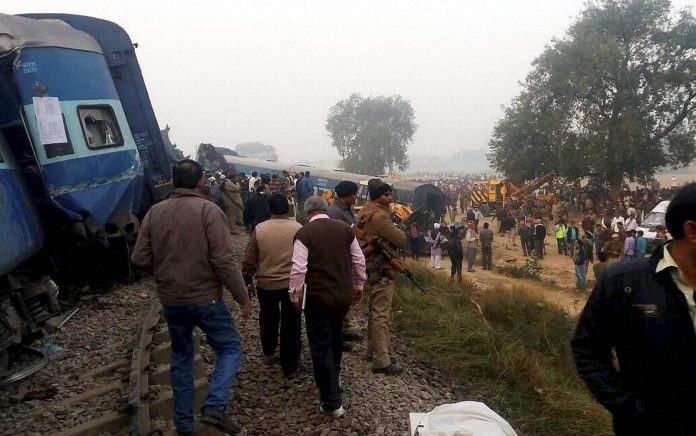 The Managing Director of NRC, Mr Fidet Okhiria, announced that the Abuja-Kaduna train services has been suspended till the security situation in Kaduna improves.

Okhiria told the News Agency of Nigeria (NAN) in Abuja that the train service was suspended on Friday because of the safety of the passengers, goods, coaches and wagons.

“We will resume normal operations when the situation in Kaduna state improves and the curfew is lifted,” he said.

Kaduna State Government had imposed a 24-hour curfew on Kaduna city and environs due to violent clashes recorded on Oct. 18 at Kasuwan Magani in Kajuru Local Government Area of the state.

A fresh crisis erupted again later in the month over the death of the kidnapped traditional ruler of Kachia, Dr Maiwada Galadima.

Meanwhile, the government has relaxed Kachia curfew, Mr Samuel Aruwan, the Senior Special Assistant to the Governor on Media and Publicity, said in a statement on Saturday.

Aruwan said the State’s Security Council noted with gratitude the exemplary conduct of the people of Kachia, who remained peaceful while mourning the loss of a much-revered monarch.

He stated that in recognition of this positive contribution to harmony, the Security Council directed that the curfew in Kachia be relaxed immediately today, Saturday, Oct. 27, 2018.

He added that “residents of Kachia are free to go about their legitimate businesses from now till 5 p.m. today (Saturday).

“The Security Council advises residents of Kaduna to continue to comply with curfew hours.

“The state government warns that only persons involved in delivering essential services will be permitted free passage, as curfew violation is crime that will earn arrest and prosecution.”

No fewer than 32 persons have been arrested in Kaduna in connection with the renewed violence in Kaduna metropolis.

Aruwan, announced this in a statement in Kaduna that the number of arrested persons over the renewed disturbances was given by the Police at the state’s Security Council meeting, adding that “these persons will be investigated and prosecuted’’.

Aruwan also said that within the areas covered by the curfew, “security agencies thwarted attempts to destroy places of worship in Kawo and Hayin Banki.

“It was also reported that one person was killed in Kasuwan Magani and another arrested with a weapon overnight while attempting to burn down the market there.” NAN