“Men talk as if victory were something fortunate. Work is victory.” ––Ralph Waldo Emerson

This may probably get me fired. May be that’s hyperbolic. But it will fetch me a serious reprimand. I am going against the boss’s “counsel”. He pointedly asked us (personal aides) not to “gloat” for his ringing victory in the APC Bauchi state rancorous gubernatorial primary. Not all of us are that graceful in triumph. I have been dancing “Shaku Shaku” since he dusted the “landlords” and “owners” of the party. With votes nearly twenty times higher to his closest challenger, it was “no contest” really. It wasn’t even “keen”. It was a total “rout”.  A “panel beating” of the “wannabes”. It’s almost humanly impossible therefore, not to “gloat” especially when viewed against the background of the campaign of bile and vile mounted by the challengers.

The campaign preparatory to the election of Governor Mohammed A. Abubakar as flag bearer of the APC in the 2019 election ought to occupy front row in the hall of infamy. It was that despicable. Yet Oga did not want us to “gloat” after that resounding success. Few leaders are this magnanimous in victory. Fewer still are gracious enough to shrug off the filth of the malodourous campaign as “politics”. To walk his talk of “no gloating”, he immediately extended the olive branch to the elements he floored. I recall an exact scenario in 2015. As candidate in the 2015 election, he went knocking on the doors of competitors of the ticket who lost in the delegates’ election. He was squarely rebuffed. He wasn’t deterred. He is still on the trail of making peace and forging ahead.

The mudslinging started long before the blast of the whistle. The direct primary was an opportunity political foe of governor Abubakar wanted to use it to exact their pound of flesh. They ran from pillar to post hollering that “direct primary” was the “only” panacea against defeat in the general polls. They argued that its products tended to have the seal of mass approval of party members and therefore, the electorates.

On face value, truly the “direct primary” option looks charming and more democratic. It dilutes the grip of delegates on the selection process. Over time, and in every selection process to determine a flag bearer, delegates became “hawkers” selling their votes to the highest “bidder”. This may indeed, be true. On the other hand, direct primary is a logistic nightmare. There must be a duly certified register of genuine members in every ward. Such members must have a genuine membership card issued by the party years ago. This was likely to cause a rift.

The fall out therefore, rarely augurs well for the party. In 2011, for instance, the defunct Congress for Progressive Change (CPC) went to the polls fractured and with multiple gubernatorial candidates in Bauchi State specifically. It had a golden opportunity to unseat the PDP controlled government but divisions within its ranks caused by fall out of “direct primary” Not even the star power of its presidential candidate, Muhammadu Buhari could save it from its self-inflicted wounds. The rest is history.

The call for direct primary started as a whimper until it became cacophonous. Before then, stakeholders of the party in Bauchi state had chosen the delegates option. The APC constitution lists three options to pick a candidate. The third is the “consensus” option.

But the vocal few mounted the campaign for direct primary. Eventually, they had their way. Those who wanted to unseat him by all means possible misconstrued the seeming lack of enthusiasm of Governor Abubakar for as “fear” of defeat. Before Election Day, he was subjected to the crucible. He was daily roasted in local and national media by doomsday Sayers. Every conceivable sin was hurled in his direction. Strangely, all the “sins” were a rehash of the old ones. Nothing fresh, Nothing new. It was same old, same old. It was just politics.

The result of the direct primary confirmed the popularity of Abubakar among party faithful and the disconnect among   the three musketeers.

Governor Abubakar’s victory wasn’t an accident. It was actually foretold. On account of his record of service delivery, he has earned the mandate. He was elected in the first place to serve the people and not a political cabal that has held the state hostage. His travails might have started when he decided it wasn’t going to be business as usual. This is paying off. The recent result is a testimony

Today in Bauchi, everywhere you look at, you see some of the reforms of governor Abubakar. Some enduring legacy beckons. A reconstructed road, a rehabilitated school, or a freshly constructed healthcare facility.

With a combined road network of 400 kilometers spread across the state, his urban renewal drive manifested. A drive through the three urban centres of Bauchi, Misau and Azare will reveal the amazing transformation in urban renewal. All the major roads leading to Bauchi city have been expanded, dualised and adorned with streetlights. This is a record first. Approaching the town in the night is pleasing to the eyes. Everywhere is lit powered by generating plants. This particular reform has earned him recognition.  Last year the Abuja Housing show decorated him for outstanding performance

Under Abubakar’s watch, agriculture, the main occupation of the people of the state has been boosted. Major farming inputs like fertilizer and improved seedlings were made available. The comatose state fertilizer blending plant was resuscitated to meet the fertilizer needs of farmers beyond the state. This year the government purchased a staggering 500 tractors in one fell swoop to fast track its dream of mechanized farming.

In fiscal discipline, Governor Abubakar is second to none in the state since the dawn of this Republic in 1999.His financial management skills have seen him achieve so much with so little. His style of running an all-inclusive government has seen former foes becoming allies. On top of all these, is an unusual ability to connect with ordinary folks who see in him a performer and a reformer

The outcome of the election has put to rest as to who really owns the “houses” between self-appointed “landlords” and the voters, the masses who are direct beneficiaries of the reformist government of MA Abubakar faithfully implementing the APC manifesto. So in the words ofRalphWaldo Emerson   “Men talk as if victory were something fortunate. Work is victory.” The members have spoken! 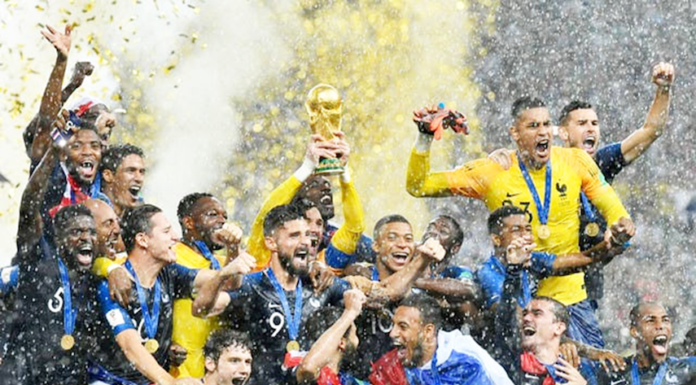