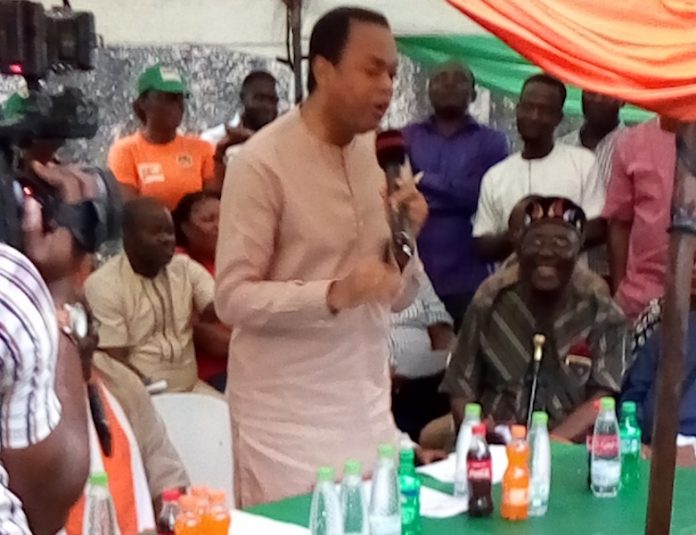 A Presidential aspirant on the platform of the Social Democratic Party (SDP), and former governor of Cross River State, Mr. Donald Duke, has boasted that his new party would defeat other political parties at the 2019 general elections.

Duke who recently moved from the People’s Democratic Party (PDP) to the SDP said while inaugurating the state secretariat of the party in Calabar, that he and other like-minded individuals, across board, and party members were working assiduously to ensure victory for the party at the polls.

“The SDP as a party is on a rescue mission from the danger the country is into because there is no positive hope for Nigerians. We have come to put the country in the right direction, therefore, SDP is prepared and committed to take hold of the country come 2019. We have come to build, recover and restore our dear country from the bad leadership of the so-called APC and PDP ideologies,” Duke said.

Duke who also spoke on his presidential ambition said he was on a mission to rescue Nigerians from the present administration.

He described himself as a builder, saying he would rather “take a house from the foundation and build than remaining in a completed building that could not be put together.”

Duke also commented on his exit from the PDP, saying his former party had lost the ideals for which it was established.

He said impunity and indiscipline had become the hallmark of the PDP in recent years.

“People have asked me why I left the PDP, and I always tell them that I left because the umbrella was breaking. The problem with the PDP was that it does automatic things automatically. With me as the presidential candidate of the SDP, we will drown other parties,” Duke said.

Duke applauded a governorship aspirant of the party, a legal practitioner, Eyo Ekpo, and the party supporters for believing in a new beginning.

Duke urged them not to be afraid of starting a new foundation for the party as he appealed for unity in order to succeed at the various stages of election.

He also assured his teeming supporters that an SDP government would change the fortunes of the state.

Ekpo who was a former Attorney General of the state during Duke’s administration promised to build a new Cross River State by revamping what he called the faulty situation in the state, if elected governor in 2019.

“This state has known and seen what good governance looked like in the past, and had been the jewel in the eyes of other states. We will restore and recover good governance once we take over the leadership of the state,” Ekpo said.

He called on supports to use their vote come 2019 to rescue the nation and state in correcting the mistakes of the PDP and APC.

“You are all aware that good governance is gone in Cross River State and with the rescue mission of the SDP in the state I am assuring you all that the lost glory of the state will be recovered and restored come 2019. We have a lot of work to do as party faithful and SDP is an alternative because the party will give Cross Riverians and Nigerians an option,” Ekpo said.

The State Chairman of the party, Ikpi Ibor, charged supporters to drum up support for the presidential and governorship candidates as he assured both parties of victory.