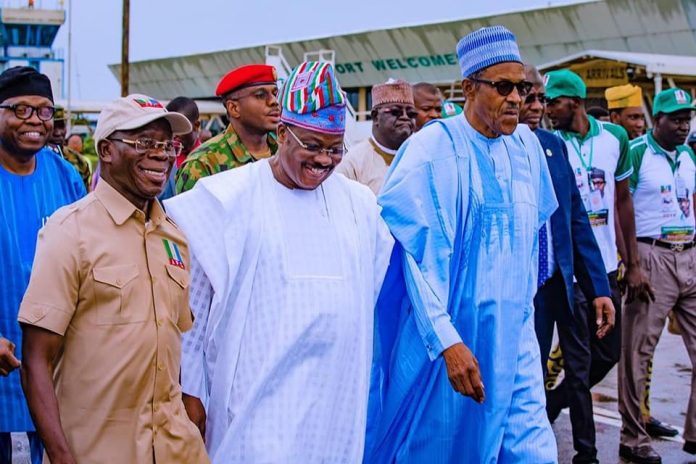 President Muhammadu Buhari is in Osogbo, Osun State capital, for the mega rally in support of the All Progressives Congress governorship candidate, Mr. Gboyega Oyetola.

The president’s arrival in Osun State was announced on Twitter by his Personal Assistant on New Media, Bashir Ahmad.

President Muhammadu Buhari is in Osogbo, the State of Osun for the mega rally to canvass support for the APC’s governorship candidate, Mr. Gboyega Oyetola, ahead of Saturday’s gubernatorial election.”

The Osun State governorship election is billed to for September 22.