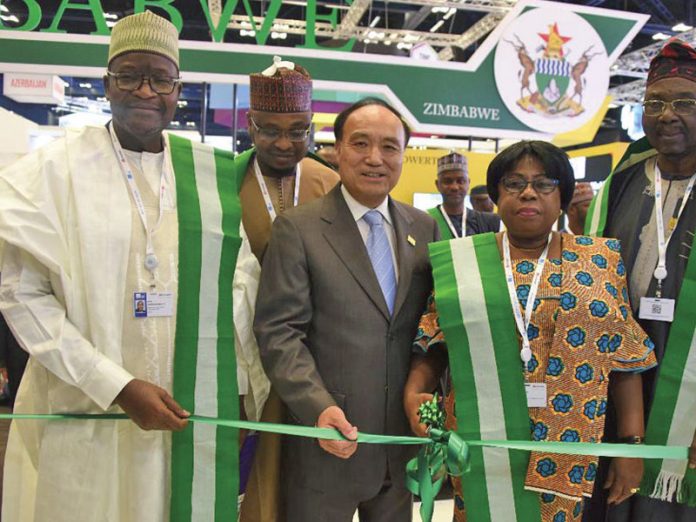 The Executive Vice Chairman of the Nigerian Communications Commission (NCC), Prof. Umar Garba Danbatta has put the value of the contribution of the telecoms sector to the country’s Gross Domestic Product (GDP) at over $70 billion.

Danbatta, who made the disclosure during the ongoing ITU Telecom World 2018 conference in Durban, South Africa, told foreign investors that as at 2017, the telecom sector’s contribution to the GDP used to be $70 billion, but has been growing at about $5 billion every quarter.

Danbatta said telecoms contribution to Nigeria’s GDP rose to 10.5 per cent, up from the initial 9.1 per cent in 2016.

With a population of 180 million, active subscriber base of over 160 million and internet penetration of over 100 million, Nigeria remains an attractive country for investors who crave for adequate Return on Investments (RoIs), Danbatta said.

According to him, “While we celebrate the seemingly success story recorded in these directions, the NCC has put in place incentives for Infrastructure Companies (InfraCos) in order to encourage speedy deployment of infrastructure that will deepen broadband penetration as quickly as possible, and further increase telecoms investment in GDP.”

“This is part of the roadmap to take Nigeria to the next level under the Open Access Model template. So far, six Infraco licences have been issued to cover Lagos, North East, North West, South South, South West and South East zones of the Country. Arrangements are underway to re-licence the North Central zone,” Danbatta said.

The commission, he added, had earlier assigned 2.3GHz licence to Bitflux Consortium and six of the 14 slots available on 2.6GHz to MTN Nigeria and two slots to Openskys, and six slots are still available for assignment.

“We undertook these regulatory steps in line with the National Broadband Plan (NBP) of 2013-2018, where it is anticipated that 30 per cent penetration will be attained, by the turn of 2018.
“Nigeria had a mere five per cent penetration of broadband in 2012, but now we have attained 22 per cent and hope to hit the 30 per cent prescribed by National Broadband Plan by December 2018, through various initiatives including granting subsidies to InfraCo licencees, Spectrum Trading among others,” Danbatta said.

Speaking on incentives for new investors on Infraco licences, Danbatta said: “In line with our initiatives to encourage investors for InfraCos to roll out, the Commission has created provisions in its 2017 and 2018 budgets as subsidies to the InfraCos.

“This is essentially to be disbursed piecemeal to the InfraCos as the deployment of their infrastructure progresses.

“We have assured all the licencees that this subsidy is based on the implementation and milestones of their roll out obligations.”

Addressing the issue of frequency spectrum trading framework, Danbatta said: “As part of the flexible approach to regulatory management and constant stakeholders’ engagement, the commission introduced spectrum trading only a few months ago.

“This is to enable holders of such spectrum not in use to transfer, lease or share it out to those who may have a need for it. We see this as a cutting-edge regulatory initiative to safeguard the use of this scarce national resource.”

He added that the initiative would further boost telecoms contribution to the country’s GDP.