Former vice president and a presidential hopeful under the People’s Democratic Party (PDP), Alhaji Atiku Abubakar, on Monday in Kano said that the ruling All Progressive Congress (APC) was ignorant about his proposed plan to restructure Nigeria.

Atiku who said this while addressing journalists in Kano after he was received by a mammoth crowd of PDP supporters led by the embattled chairman of the party in the state, Senator Musa’d El-Jibrin Doguwa, solicited the support of Kano delegates, urging them to vote for him in the forthcoming presidential primaries.

He said his idea about restructuring entailed reducing the responsibilities of the Federal Government while the bulk of responsibilities are shouldered by the geopolitical zones or the state governments that are closer to the people.

Atiku explained that restructuring would address a lot of problems including insecurity and economic development.

He said: “By restructuring I mean devolving powers to the states or geopolitical zones as the case may be so that they can assume greater responsibilities of their respective states or zones.

“What l am advocating for is that the restructuring of the country should be carried out in phases, rather than being total, because the power at the centre is too heavy, which needed to be slimmed down.

“I think the APC must be very ignorant because my position on the issue of restructuring dates back to the reports of constitutional conference of 1994. If you check the report you will find my contributions as far as restructuring is concerned.”

“At the moment, the Federal Government has too much on its plate and it is not able to pay attention to all parts of the country. My believe is that by devolving more powers to those states or regions, they are closer to the people, particularly in areas like education, health, infrastructure and so on. I want to see a lean Federal Government, a small Federal Government,” he said.

The PDP presidential hopeful explained that by restructuring, the functions of the Federal Government would be limited to issues bordering on defence, immigration, currency and the Central Bank.

“So, if we give you more powers and resources to develop your respective states then you should hold your states responsible not the Federal Government, that is what I mean by restructuring” he affirmed.

On the issue of the PDP having 12 contestants going for primaries, Atiku explained that there was a process which will culminate in the emergence of one person.

“One thing we have all agreed and signed to is that whoever emerges and wins, we will support and vote for that person. We did that in APC and it worked and we were called by the party to do exactly the same thing,” he declared.

The former vice president also said, “I am overwhelmed with the support l received from the people of Kano and North west. Anytime l solicit for the support of Kano PDP, they are always ready to do that, more so, l lived in Kano, I schooled in Kano, I have house in Kano, so I urge you to vote out APC in 2019.” 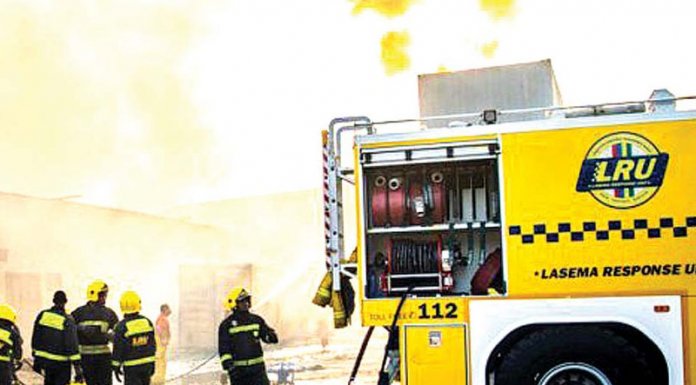 PTF Briefs Buhari on COVID-19 as Nigerians Await Next Phase