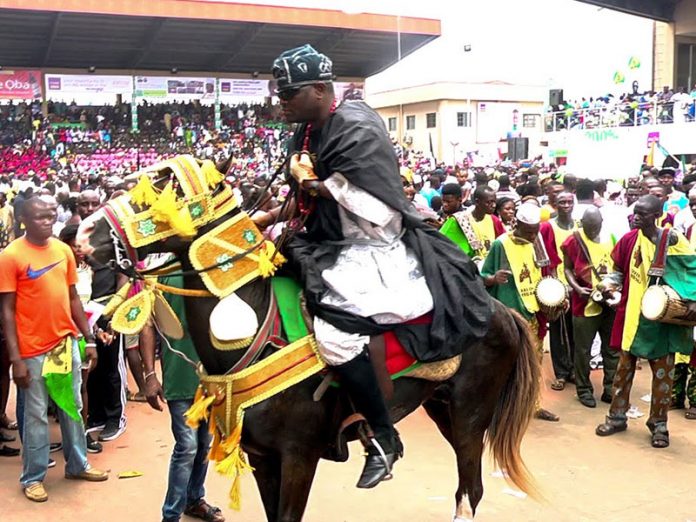 Following another successful edition of the annual Ojude Oba festival last month in Ijebu-Ode, Ogun State, First City Monument Bank has restated its commitment to one of the state’s leading cultural exports, and urged Nigerians to sustain the country’s cultural heritage in order to boost tourism and its associated benefits.

This will go a long way to educate and inspire generations about the history of Nigeria, the people and values, while also fast-tracking the ongoing efforts of the government to diversify the economy, the bank said.

FCMB has over the years been a major sponsor of the festival and has continued to play a significant role in ensuring its success.

The Ojude Oba (which in Ijebu dialect means, the king’s fore-court) is a major festival in Nigeria that began over 100 years ago.

It brings together all sons and daughters of Ijebuland in Nigeria and diaspora for a carnival-like celebration of the traditional, cultural, spiritual accomplishments and other values of the Ijebu nation.

During the Festival, various age groups (popularly known as the Regberegbes), indigenes, their friends and associates from far and near – all in their colourful costumes and riding on horses – throng the palace of the Awujale and Paramount Ruler of Ijebuland to pay homage to him amidst prayers and other fun-filled activities.

In the same vein, the Group Chief Executive of FCMB Group Plc, Mr. Ladi Balogun, congratulated the monarch for upholding the values of Ijebuland and raising the status of the event over the years. He reiterated the commitment of the financial institution to the longevity of the Ojude Oba Festival.

‘’For all true sons and daughters of Ijebuland, the Ojude Oba festival is more than an event for us. It has become a long-standing yearly tradition we look forward to as a unifying platform and a tourist attraction. For over a century, the festival has become an internationally acclaimed event that has gone a long way to promote our cultural heritage and further unify humanity,” he said.