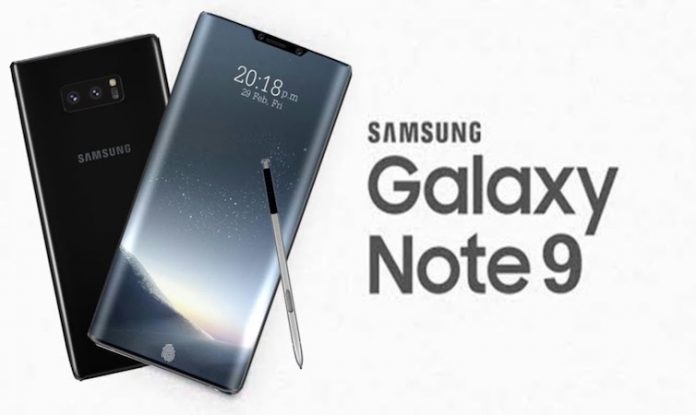 Samsung has introduced to the Nigerian market, its newest flagship smartphone, the Galaxy Note9, which has been described as the game changer because if it’s unique features that allow users to do more with their mobile phones.

The Note9, according to the manufacturers, is packed with innovative features as well as aesthetically appealing modifications making the smartphone a stunning device.

The smartphone is powered by technology set to revolutionise the functionalities of a phablet such as the state-of-the-art S Pen and a never before integrated intelligent camera.

Speaking at the launch of the Note9, Managing Director, Samsung Electronics West Africa, Mr. Jingak Chung, said the Note9 raised the bar for smartphones considerably as it has exceeded all expectations and Nigerians are about to experience a new level of performance and power they will not be able to do without.

“The Galaxy Note9 is a revolutionary smartphone that delivers the ultimate in performance; a new S Pen with connectivity for the first time ever; and Samsung’s most intelligent camera yet. “These are just some of the features that will allow users to do so much more. An all day, longer lasting battery is just another reason why. Users can now talk, message, play games and watch movies for as long as they desire.

“The Galaxy Note9 is bigger, better and so much stronger. For business or play, it’s a game changer,” Jingak said.

The Galaxy Note9 device comes with creativity, innovation and a burning desire to match and exceed consumer needs in the world of mobile technology.

While speaking on the functionality of the phone, Director, Information Technology and Mobile (IM), Samsung Electronics West Africa, Mr. Olumide Ojo explained that a lot of thought had gone into the creation of the Note9, a fascinating addition to the Galaxy family specifically crafted for the busy executives.

“The S Pen is just one of the ways we have modified our consumer’s user experience. From a classic portable and functional design to a sleek multifaceted power tool, the pen-like device now features a Bluetooth chip that allows the pen function aside of its natural form.

“With the S Pen, consumers can change slides during presentations, activate their cameras or skip songs on their playlists. The S Pen is truly a modern-day magic wand,” Ojo added.

The Samsung Galaxy Note9 builds on Samsung’s industry-leading camera technologies with new capabilities that use intelligence to identify elements of a photo, such as scene and subject, and adapt accordingly.