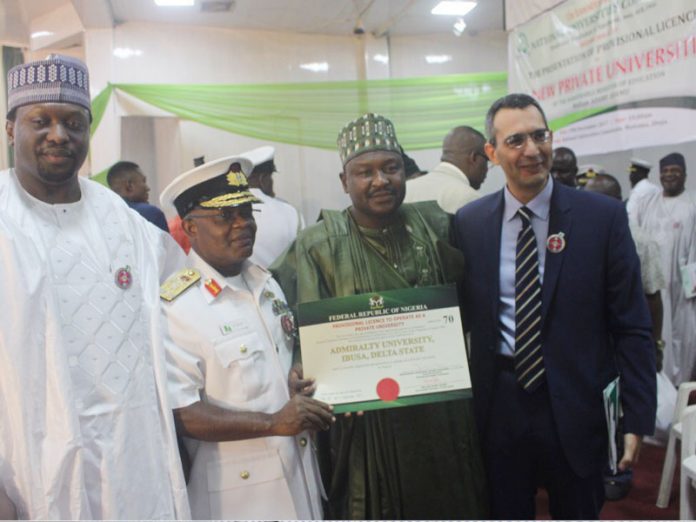 As the Nigerian Navy continues to expand and diversify, the quest for knowledge and intervention for societal improvement is increasingly becoming a core component of its operations. Rebecca Ejifoma writes

Since its inception, the Nigerian Navy has continually striven to distinguish itself as a unique arm of the military that thrives on innovation. This zeal to live above board in the discharge of its military responsibilities and protection of Nigeria’s territorial waters is behind the progress the navy has made so far.

The core of that success has been the ability to grasp the trend and adapt to changes. The return to democracy appears to have created more opportunities for the navy to benefit and expand its scope of operation in order to position the service as a global example among world navies. While the Nigerian Navy has been fortifying its military capacity to safeguard Nigeria’s territorial waters, it has equally strategised itself for modern warfare and is now broadening its knowledge base through education.

The new Admiralty University of Nigeria (ADUN), Ibusa, Delta State, is a template and platform that is geared towards enabling the navy contribute its quota to the pool of knowledge. Coming at a time the Nigerian Defence Headquarters (DHQ), particularly the navy, is expending enormous financial resources to train personnel abroad in foreign institutions, the establishment of Admiralty University has come at just the right time.

According to the Chief of Naval Staff (CNS), Vice Admiral Ekwe Ibok-Ete Ibas, the purpose for setting up ADUN is to reduce the high rate of foreign trainings by not only its personnel but also those of its sister services. He observed that the establishment of the institution was aimed at reducing the pressure the development was imposing on foreign exchange.

At the unveiling of ADUN, Ibas, who was represented by Chief of Policy and Plans, Naval Headquarters, Rear Admiral Henry Babalola, stressed that the navy’s main objective was to spearhead the application of knowledge to solve real challenges of the moment.

The CNS explained that the university will fully take off in October and start academic activities with degree programmes in three faculties. He said the university was “conceived to expand the frontiers of knowledge for the growth and development of humanity, meet the training needs of the Nigerian Navy along with those of their sister services with reduced travel abroad for training and the pressure it imposed on foreign exchange”.

Ibas said, “Admission of students into the inaugural class is already on-going and the university opens in October 2018,with degree programs in three faculties-Arts and Social Sciences, Management Sciences and Science, offering pioneer degree programmes in emerging fields, such as Forensic Science, Cyber Security and Software Engineering. The faculties of Medicine, Engineering, Law and Pharmacy are planned to commence in 2019.”

He further explained, “To prepare graduates who are equipped with skills demanded in the industries and are globally competitive, ADUN will offer a non-traditional teaching and learning environment.”

Lectures will be delivered at the institution through flipped classroom technology, giving students access to lectures, notes, books and teaching materials online, while classroom time will be used to better understand the theory, practice and critically analyse new knowledge. This is in line to the best educational practices as experienced by students at some of the best universities in the United States and Europe.

Ibas said the university had developed partnership with universities overseas to expand the breadth of teaching and learning resources available and accessible students and faculty, adding that some of these partnerships will also afford the students the opportunity to complete part of their degree programs here in Nigeria and the other part at our partner university overseas.”

According to the naval chief, ADU is established out of a Public-Private Partnership (PPP) between the navy through its investment arm-Navy Holdings and Hellenic Education, an international educational organisation.

Speaking to THISDAY, President of ADUN, Dr. Pavlos Pavlou, traced the history of the university to its formative stage. He explained that the idea started in the middle of 2014 and there are two partners in this collaboration in the setting up of the Admiralty University, under a public private partnership. One part being the Nigerian Navy through its Nigerian Navy Holdings Company, which is a 100 per cent subsidiary of the navy.

On the other hand, Pavlou stated that Helenic Education is also another partner in the ownership of ADUN, adding, “Helenic Education is an international organisation, whose main dream is to develop universities and colleges of higher education. So part of what we did in 2014 was to look at Nigeria as a market within West Africa and seeing the procedures for establishing both private and public universities.”

Pavlou stated, “As we were studying the procedures, we came across a former CNS of where we discussed it with and he said the NN had colleges of different levels training the navy personnel and spread around the country, like the College of Engineering in Sapele, a College of Logistics and Finance in, Owerrinta, a College of Medicine in Offa and a few others. And he told us that these colleges were mainly for navy personnel and that no civilian was allowed into those colleges. He said what the navy wanted to do was to expand this scope, to open up its colleges to civilians, open it to the nation and that was the basis where the discussion started. And we said if you want to do that, then you are talking about a different organisation, a different investment, setup and running, because they were running their system as a college.”

On the licence for the university, Pavlou assured that they went through all the procedures that the National University Commission (NUC) entails, adding that, “but the NUC placed us under the category of private university. And the simple reason is that although the Nigerian Navy owns 60 per cent for the investment, it could be said it is a federal university but because it was a PPP arrangement, they then placed us under private universities’ category. So we went to the private universities’ procedures but the process went through for about 18 month which was faster than anyone else within the country.”

Also speaking, Vice President for Enrolment Management and University Relations, Linus Ikyurav, said the staff recruitment process painstaking. Ikyurav said, “The selection was purely 100 per cent based on merit. We are looking for areas that we don’t even have personnel here; there are some faculties that to be able to afford them, we can only get them by remote lecturing using digital technology.

“So there are certain areas that are very unique that we are looking for specialised hands in handling them.”

He stated that the biggest part of the selection was based on merit and “secondly, geographical spread – if we have more qualified applications for a given field of study, we will go into the consideration of geographical spread and the universal spread because we want a diverse and the uniqueness of the applicants, their ability to impact the knowledge into the students and not just parading the academic qualifications because you might be bright with a first-class certificate but a horrible lecturer. Part of what we are trying to introduce is that you are not just a lecturer but a mentor to the students”. 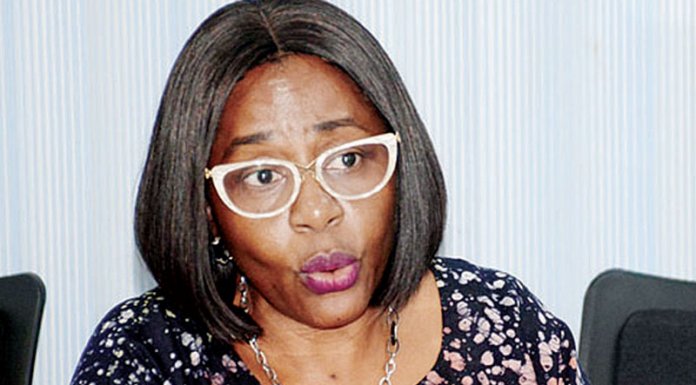