Alex Enumah in Abuja
A group under the aegis of Middle Belt Renaissance Group yesterday called on the authorities of the Department of State Service (DSS) to immediately release a former Governor of Benue State, Mr. Gabriel Suswam.

Suswam was last Thursday detained by the DSS after he had reported at its headquarters in Abuja, following an invitation earlier extended to him.

President General of the group, Onoja King, speaking to journalists in Abuja said the continued detention of the former governor is a violation of his constitutional right.
Onoja who is a legal practitioner, cited Section 35 (1) (C) (4) & (5) of the Constitution of the Federal Republic of Nigeria, 1999 as amended and said â€œthe DSS has not brought Suswam before a court of law within a reasonable time.â€

While the DSS has not formally disclosed the reason for Suswamâ€™s arrest and detention, the group stated that it had become aware that the former governorâ€™s detention is connected to a petition allegedly written by highly placed politicians in Benue State which bordered on Suswamâ€™s alleged contact with Mr. Terwase Agwaza also known as Gana, a wanted fugitive.

Also, Suswam is being accused of sponsoring the incessant killings in Benue State.

The group noted that Suswamâ€™s arrest and detention followed a pattern of â€œdisrespect for constitutional rights and civil liberties of Nigerians by the security agencies in the country.

â€œWe categorically join our voices with other well-meaning Nigerians to state that the action of the DSS threatens the very foundation on which democracy, justice and fair play are hinged on as it attempts to silence opposition politicians.

â€œIt is against this backdrop that we make the following calls on the DSS to immediately: â€œInform Suswam, and indeed the entire country, of the reasons for his arrest and detention as provided for by section 36 of the constitution.

â€œTo grant him access to his lawyers as soon as possible as provided for by the constitution.

â€œTo charge him before a court of competent jurisdiction as quickly as possible so he can defend himself of all the allegations levelled against him.

â€œIn the alternative, to release him unconditionally,â€ the group demanded. 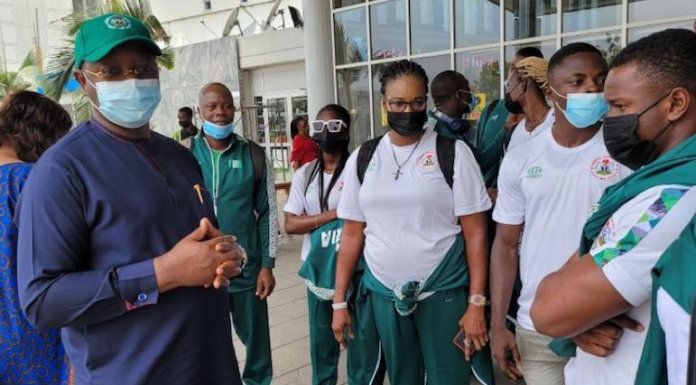