Maiduguri, the Borno State capital, was thrown into panic when loud explosions were heard in the early hours of tuesday.

According to the leader of the Civilian Joint Task Force (CJTF) in Maiduguri, Baba Shehu AbdulGaniu, , the explosions occurred in Kaleri area, an outskirt of the town, known to be the birthplace of Boko Haram.

AbdulGaniu who spoke to THISDAY on phone, said four suicide bombers attempted to sneak into Maiduguri through Kaleri.

He added that the military and members of the Civilian Joint Task Force that were guiding Kaleri were alerted to the dangers of the invasion when a bomb was prematurely detonated on one of the suicide bombers.
According to him, the other three were smoked out by the combined team of military and CJTF who had to shoot the three other suicide bombers, adding that, that was the cause of the loud explosions that was heard around Maiduguri simultaneously.

He said the first suicide bomber died few distance from Maiduguri, while â€œthe other three were killed within Kaleri general area.â€

He noted that security was on red alert to combat any other breach.

Confirming the incident, the Borno State Commissioner of Police, Damian Chukwu, in a statement said four female suicide bombers who tried sneaking into the town were killed.

He added that some farmers were equally injured alongside a member of the youth vigilante as one of the suicide bombers detonated her ware in a gathering in the ensuing milieu.

The statement read: â€œToday 7/11/2017 at about 0820, four (4) female suicide bombers attempted to infiltrate Maiduguri township through a farmland behind the parapet in London Sudan of kaleri area, Jere LGA.
â€œOn sighting the joint security personnel deployed along the parapet, the first bomber hurriedly detonated her suicide vest killing herself and a second suicide bomber in the farmland. As a result of the explosion, farmers who were running back to town were stopped and screened at the entry point through the parapet by security personnel.

â€œIn the process, a third female bomber sneaked into the group of persons being screened and detonated her suicide vest, killing herself alone while eight (8) others including a member of civilian JTF, sustained various degrees of injuries.

â€œIn the ensuing stampede, a fourth suicide bomber was sighted by vigilant security personnel while trying to cross the parapet, and was gunned down. Her unexploded suicide vest and that of the second suicide bomber were rendered safe, and the area sanitised by police EOD team who were mobilised to the scene.â€

Chukwu added that: â€œThe injured were evacuated to University of Maiduguri Teaching Hospital and are responding to treatment, while normalcy has since been restored to the area.â€ 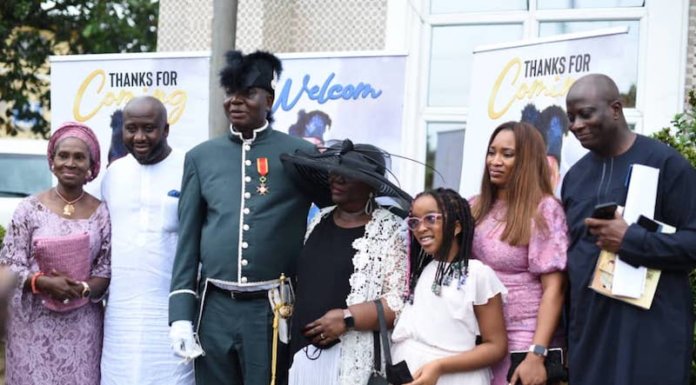 All the Buzz on BBNaija