Freight forwarders have expressed satisfaction with the Nigerian Shippersâ€™ Council (NSC) on some policies and projects being promoted by the ports economic regulator that are targeted at achieving ease of doing business at the ports.

President of the National Association of Government Approved Freight Forwarders (NAGAFF), Chief Increase Uche stated this in a chat with journalists in Lagos.

He said interface with service providers and customs service commands by the NSC leadership and management staff on ease of doing business have impacted positively on services at the ports, smoothening operations in many ways, the freight forwarders said

The agents pointed out that dialogue with the service providers on the need to fast-track services at the ports compelled many of them to improve on their equipment profile.

Having enough cargo handling equipment, according to freight forwarders, helps in positioning of containers for examination very fast, thereby improving on turnaround time of vessels calling at the nationâ€™s ports.
He said the council has done well in getting service providers to do everything that will facilitate trade in the country.

Uche said that the council has been able to carry every stakeholder along on issues affecting the industry, adding that this was responsible for the goodwill that the economic regulator enjoys in the sector.

â€œNSC has really done well. I must give them kudos, looking at how far they have been able to handle the aspect of their functions in the logistics chain,â€ the NAGAFF President said.

He added that the council needs to be protected and empowered by statutory laws that will enable them â€˜bite when the need arisesâ€™.

He expressed dismay on the issue of shipping charges which the council had declared as illegal, stopped but was challenged in the court.

According to him, it was worrisome that even as the court judgment was against the service providers on the collection of the shipping charges, the companies involved had a field day until the last judgment in the Appeal Court.

Uche said this was so because it appeared that the council did not have enough instrument of law to check the service providers, explaining that this was why his association supports more legal empowerment for the agency.
He said that freight forwarders were excited with the passage of the NTC Bill by the House of Representatives in which the NSC is to simply transmute into the agency.

Urging the Senate to concur on the passage of the bill, Uche said that this was deserving considering the achievements recorded so far in the maritime industry, which according to him, was more technical than other aspects of the transport sector.

He also described the Inland Dry Port (IDP) and Truck Transit Park (TTP) projects being promoted by the council as having a great value not just for the shippers but also for the entire logistics industry.
While IDPs will promote import and export business in all parts of the country, particularly the rural areas, TTPs, he emphasized, will ease transportation for truck drivers.

He said: â€œWith IDPs, businessmen in all parts of the country will have advantage of having shipping services nearer to them. This will make export business easy for them. It will save us the nightmare of having to travel long distances to Lagos ports or other seaports to consign their goods for export. In the same way, international trade, such as importing goods overseas becomes easier for them. They donâ€™t have to travel so far to do this. On the TTPs, the advantage is that truck drivers will have a place they can rest while on a long journey. Parking along the expressway as they always do is not the best for security and safety reasons. The TTP will offer them the opportunity to rest in a safe and secure place before they continue their journeyâ€. 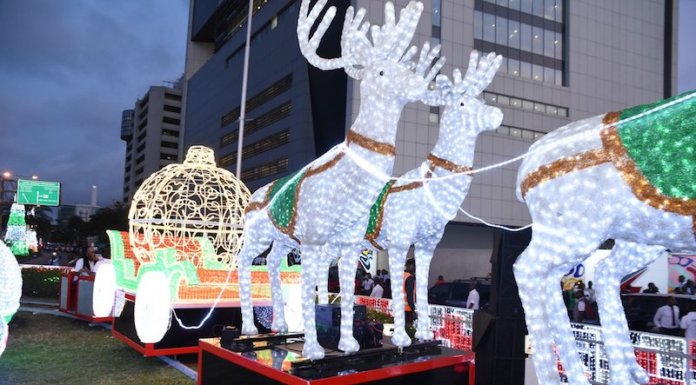