The Peoples Democratic Partyâ€Ž which once held sway in Anambra State, but became comatose as a result of law suits, may spring a surprise as its members come together for the gubernatorial election, writes David-Chyddy Eleke

Just months back, the dominant parties that were considered as likely to make impact in the Anambra governorship election were the All Progressives Grand Alliance, APGA, where the incumbent governor is seeking re-election and the All Progressives Congress, APC which already has a barrage of aspirants banking on the power of the federal government to push their aspiration.

The Peoples Democratic Party, PDP despite having beenÂ Â in power in the state before and parading some of the states’s acomplished politicians, was not considered as likely to makeÂ Â any notable impact in the state. The reason was simple; the party had for long been dogged by litigation at the national level, following a protracted fight between Senator Ahmed Makarfi and Alhaji Ali Modu Sheriff, over who was legally entitled to lead the party. But besides this, the party was also enmeshed in leadership feud at the state level in Anambra. The state is reputed to be the most litigious. The Supreme Court had in the past recognised the fact that many of the political cases they came before it were from Anambra.Â Â Â As far back as 2006, when the party lost the governorship position under Dr Chris Ngige to Mr Peter Obi of APGA through a judicial decision, and following the rancour that characterized Ngigeâ€™s reign, over his alleged refusal to heed an alleged agreement made between him and his godfathers, the party has remained a divided house. This had led to the exit of Ngige from the party. He joined the Action Congress of Nigeria, ACN, long after Obi took over power from him.Â

In past elections, the party was unable to put its house in order as it became balkanised into many factions. In successive elections, each faction had produced its own candidate. During past general elections, PDP was known to have presented as much as three candidates for one elective position, owing to the production of one candidate each by all factions of the party. The Chris Uba faction of the party led by Chief Ejike Oguebego and the Prince Ken Emeakayi faction of the party were about the most prominent, and their disagreement and refusal to shift ground had led to the PDP house falling apart.

But the party is turning a new leaf as the Prof ABC Nwosu led-caretaker committee in Anambra state tried foster a new sense of belonging to members of the party in the state.Â

Upon the Supreme Court victory of Makarfi, the party in its wisdom decided to set aside the chairmanship of Prince Ken Emeakayi and his executives, a decision that was greeted with protests. The party, however stood its ground saying that in view of the rancorous state of affairs in the state, it would be better to remove the state executives to allow for a fresh beginning as the existing factions were not likely to recognise the leadership of those claiming to the authentic PDP in the state.

Nwosu on assumption of office had immediately stated that he was in the state to sanitize politics in the PDP and in Anambra State. He said PDP remained the dominant party in the state, and that if the party got things right, it could go ahead to fix Anambra State. To this end, Nwosu declared that the mad crave for money politics in the state, which he referred to as â€˜cash and carry politicsâ€™ must stop. He gave an assurance that the only way to bring peace back into the party was to get all the stakeholders represented in the caretaker committee, and to assure all of them a level playing ground.

Shortly after the declaration, the PDP in Anambra came alive again. From parading just two aspirants; Dr Alex Obiogbolu and Mr Oseloka Obaze whose prospect in the governorship election was everything but bright, the number moved to seven, with the likes of Mr Ifeanyi Ubah, Linda Ikpeazu, Dr Ufodike, John Emeka and Princess Stella Oduah instantly rushing for the partyâ€™s nomination and expression of interest forms.Â

With those first steps taken right, the PDP in Anambra is back to its old self again, with hordes of its members returning to identify with the party. Typical of the party, activities have returned in earnest at the state party secretariat, and the ward congress of the party last Monday proved the stuff the party was made of. It was a reminiscence of the party’s good old days . For the congress only, the party having noticed the capacity of some of the aspirants to manipulate the process sent two of its high ranking governors; Messrs Nyesom Wike and Ayo Fayose of Rivers and Ekiti States respectively.Â

The governors while briefing party members in the state said the PDP could win Anambra State governorship election if all members of the party in the state would cooperate with its leadership. Wike said, “I am the chairman of the ward congress committee, and the governor of Ekiti State, Fayose who is the chairman of PDP governors’ forum is also a member. PDP looked very well before selecting us to do the job. We are not people you can buy with money. Look at my car there, I bought the fuel by myself and came down for the job, and we came with our own kola and drinks too, so we do not need anyone to give us kola or drinks to do the job.We have resolved that there would be a ward congress, and no one should talk to us about consensus or even entertain fear that we may be bought. We have told the aspirants to go into the field and prove themselves, and if they are popular they will have nothing to fear about. What we need is for the aspirants to come together and support themselves and the party, and whoever wins the ticket will surely win in Anambra. Who do you have here in opposition party that is strong that can stop PDP? If we can win in Rivers State, Anambra is a small case because you don’t have anyone here that can stop PDP.”

Meanwhile, as the partyâ€™s governorship primary comes up today, the leaders of the party have resolved to put up a good fight to ensure that the state returns to the PDP. The state caretaker chairman told journalists that Anambra was and remains a PDP state and that the people of the state were determined to return to PDP, and that the party was also ready to take it back, having overcome the problem of factionalisation.

The party’s primary was initially scheduled for Saturday, the same day chosen by the APC. The PDP cleverly shifted its to Monday.

Nwosu had said that it was not a coincidence that PDP and APC would be holding their primaries on the same day. He said that if all things remain the same, the parties would hold their primaries the same day, aspirants from both parties would not have the chance to switch to other parties after losing in one. He however added that unlike APC who were working to take over power from APGA using foul languages on the incumbent governor, â€œWhat we were told is to come to Anambra and take back the state through the ballot, and not to come and use abusive words on the incumbent governor. That is why you have not found any of us speaking ill of the governor. The governors were also sent here to come and make sure that the best candidate emerges; a candidate that will be acceptable to the people and to other PDP governors where he will be a member. By Friday, another set of governors would be here to supervise the primary election, and our ultimate aim is to ensure that we elect a candidate that will be liked by Anambra people because the party is returning to PDP again.â€

Although, the PDP has taken steps to put its house in order, nothing is certain yet. This is because, this Is Anambra where anything can happen. Hopefully, no one will procure an injunction to stop the primary. 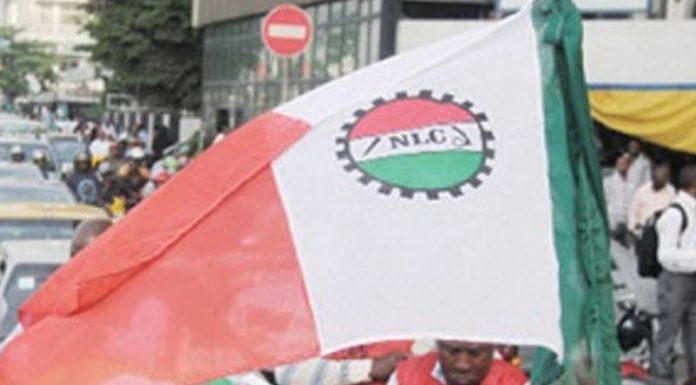