Attitude, whose real name is Destiny Eghomwanre, he grew up listening toÂ  various genres of music and began a professional musical career at15, signed on to Timayaâ€™s Dem Mama Records. He released a single titled â€˜Azonto,â€™ an instant hit. Â  In this interview with Tosin Clegg, he talks about his music

Growing up and educational background

My real name is Destiny Eghomwnare. Iâ€™m from Benin City, Edo State. I am the last child in a family of four. I went to primary and secondary schools in Benin City and then moved to Lagos. I grew up surrounded by music; my older ones played a lot of music and I fell in love with the different sounds.

I started writing and recording songs at 11

Professionally, I would say when I got signed on by Timaya at age 15. I am inspired by different music genres and sounds, so I can make music in different genres. If I had to choose a genre, it would be Afro-pop, because my music is a fusion of hip-hop, afrobeat and pop

It has nothing to do with my character. Just before I got signed, my friends and I randomly selected the name out of many that we had come up with when I was trying to choose what my stage name would be.

The experience was a major blessing. Timaya was the beginning of my career as a musician. He put out my first ever single titled, â€˜Azontoâ€™ and featured me on the remix of â€œAll the way.â€ I am forever grateful for that. He still gives me a listening ear and teaches me new stuffs every time I go to him.

I donâ€™t believe that any two persons have the same lifeâ€™s experiences. I also try to create sounds that are very original, and straight from my heart.

What Iâ€™m Working On

I canâ€™t wait for everyone to hear it. My musical influences and mentors are P Square, 2baba, Wizkid and Don Jazzy. Iâ€™m currently signed to Achievas Entertainment and itâ€™s been great working with them.

I have worked with quite a number of talented artistes and producers; Reekado Banks, Falz, DJ Consequence, Ycee, Egarboi, Mayorkun, Kris Beats and more. Itâ€™s been a blessing and I am thankful.

The major challenge I had then was to get a record deal but all thanks to God now I have that and my journey is just getting started.

We are growing every day. Nigerians music is evolving. The whole world is listening to us now. A few years from now, we will definitely be doing better than we are doing right now.

Our hustle and our sound will push our music out

I can say that even American artistes are tapping into Afrobeats now because they know we are the future and the future is now.

In five years, by the special grace of God, I will be selling out stadia and arenas, with great endorsements. Basically, I will be living my dreams.Â 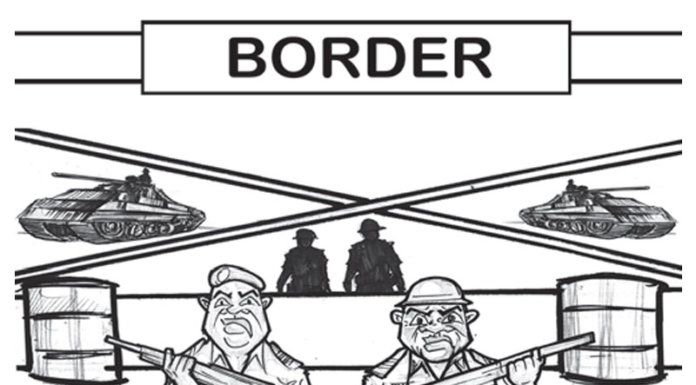