The media attacks on Senator Andy Uba since his declaration of intention to vie for office as Anambra State governor again have been sustained and I want to register my disapproval of it. The situation reminds me of the principled stand Wole Soyinka had to take against cruelty to Igbos during the 1967-1970 Nigerian Crisis. He did take that stand: â€œthe man died who kept silent in the face of evil.â€

Senator Andy Uba is coming to election with clearly demonstrated effectiveness as a manager of people and resources, a helper to the helpless and a bridge-builder who attracts goodwill nationwide and internationally to richly empower all Ndi Anambra.

Andy Uba was like the biblical Joseph in Egypt. He won and retained President Obasanjoâ€™s confidence before and after his eight years as the Commander-in-chiefâ€™s closest domestic aide. Carefully using his command of access to the President, he ensured that strategic positions did not elude Igbos and Anambra State in particular. He was instrumental to the appointment of many Igbo people among others into the Administration. His position, arguably a reward for exemplary sacrifice and maintained by continuing faithfulness, became a wide open door of inclusion and accommodation.

As senator till date, Andy Uba continued to serve the people. Issues affecting Igbo rights always found a voice in him. Courageously he has acknowledged that Igbo share of Federal Government jobs has reduced since the â€œchangeâ€, but added that the current ruling party would reverse the situation now that he is one of them. He is one of the senators that advocated the inclusion of the second Niger Bridge and the repair of the Enugu-Port Harcourt Railway lines in the 2017 Budget of the Federal Government.

He has argued for the release of Nnamdi Kanu the detained director of Radio Biafra, London. He has also called for the investigation of the alleged extra-judicial killing of pro-Biafran agitators by the Nigerian Army. He was among the senators who paid tribute to the late ex-Biafran commander-in-chief Odumegwu-Ojukwu, thereby removing the obstacles for the Federal Government giving the departed hero a befitting burial.

A quietly active lawmaker, Senator Andy Uba has sponsored not less than four bills which will improve the ease of doing business when they become law. Including Company Income Tax Amendment Bill, the National Roads Fund Establishment Bill, Consumer Protection Act 2004 Repeal Bill and the Competition (Anti-Trust) Commission Establishment Bill, these legislative efforts have occupied the minds of fellow senators who are making inputs to them towards enactment.

Outside the senatorial scope, he has enlarged his people-oriented ventures to wide acclaim. He is lauded for building and donating a civic centre hall as well as a vocational training centre to his Uga community. An auditorium and an FM station for the Mass Communication department of the University of Nigeria, Nsukka and an 8,000 capacity church building in Nnewi are also ascribed to him. Also to his credit is the Faculty of Pharmacy building at Nnamdi Azikiwe University, Awka where 120 students have benefitted from his scholarship programme. Again, scores of jobless youth have been empowered to provide food for their families through his donation of tricycles and motorcycles with which they freight people and materials.

Today, good news of Senator Andy Uba; and tomorrow brings more. The excitement among Andyâ€™s supporters continues to increase; the camp is gaining more and more activists by the day. No wonder, more and more stalwarts defect from APGA and PDP and join APC where Andy Uba has united with Chris Ngige, Tony Nwoye, George Moghalu, Phil Agbasi and other crowd pullers.

And this is no small worry to those who think Anambra State shouldnâ€™t ask for more. This is the only cause of the desperate attacks on Senator Andy Uba.

Well anyone who aspires to serve his people comes in for a lot of flak. Mandelaâ€™s walk to South Africa presidency was no easy walk. He was arrested a couple of times and finally sentenced to life imprisonment. He was a prisoner for twenty-seven years until fortune smiled on him and released him to lead the healing of the apartheid-battered country. Likewise, Trumpâ€™s path to the presidency of the United States was strewn with thorns, but he fought on till the end and emerged victorious. Senator Andy Uba must therefore take all the attacks in his stride as he has so far done. 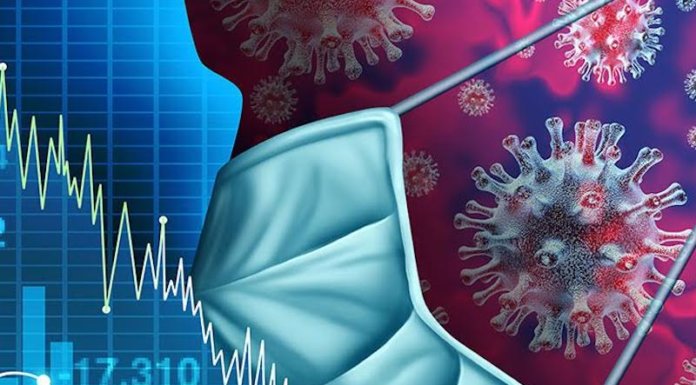