Sanusi joins Aero with invaluable wealth of experience and like a twist of fate, Akinkuotu is now heading NAMA where Sanusi left as the Managing Director in 2009, while he replaces Akinkuotu, who left Aero last month.

The spokesman of AMCON, Jude Nwauzor confirmed the appointment and said that since Akinkuotu was given appointment by the federal government the Corporation has to find a replacement for him.

THISDAY learnt that Sanusi’s appointment would last for two years and could be renewed. He will resume work on Monday.

Part of his responsibility is to reposition the airline, which is Nigeria’s oldest carrier, to its prime position as more of its aircraft return to service.

Sanusi, who was also the Head of Flight Operations at Arik Air is said to be best suited for the job of rebuilding Aero and bringing his experience to bear on rejuvenating the airline, which was once the most popular operator in Nigeria’s domestic market.

Sanusi started his flying carrier in Nigerian College of Aviation Technology (NCAT), Zaria where he obtained Commercial Pilot License and a National Diploma in Aeronautical Sciences.

Sanusi worked for Kabo Air, a local airline as a Senior First Officer and then proceeded to ExxonMobil as Captain and flight Safety Officer. He then joined Virgin Nigeria as a Captain on the B737 Classic.

He later became the Managing Director/Chief Executive Officer of Nigerian Airspace Management Agency (NAMA). He was responsible for managing the entire Nigerian Airspace and succeeded in laying the foundation for a performance base airspace. He worked in collaboration with other parastatals in the aviation industry (NCAT, Nigeria Meteorological Agency (NIMET) and the Nigerian Civil Aviation Authority (NCAA) to implement the total radar coverage on the Nigeria Airspace (TRACON).

He designed the blue print of capacity building by organizing training for the Air Traffic Controllers and Engineers in the United States. This position in charge of safety of The Nigerian Airspace allowed him to have an insight into safety critical areas of the aeronautical industry including airports management and meteorological services.

Captain Sanusi has a blend of best American training and vast experience in African operation.

He later joined Arik as a Captain on the Boeing 737-NG and became a Trainer, Chief Pilot and now Vice President Flight Operations of the biggest airline in West and Central Africa.

The airline stopped operations on September 1, 2016 due to lack of operational funds and the inability to pay for maintenance costs of its aircraft taken out for checks.

But it resumed on December 21 with two Boeing B737-500, one Bombardier Dash 8-300 and it is expected to bring in and deploy more aircraft for service.

Industry sources expressed optimism that Aero would bounce back with effective and efficient management. 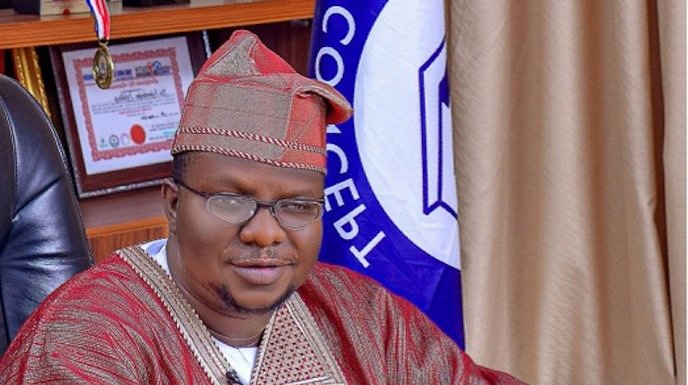 AKINTAYO ADARALEGBE: The Phenomenal Rise of a Real Estate Magnate